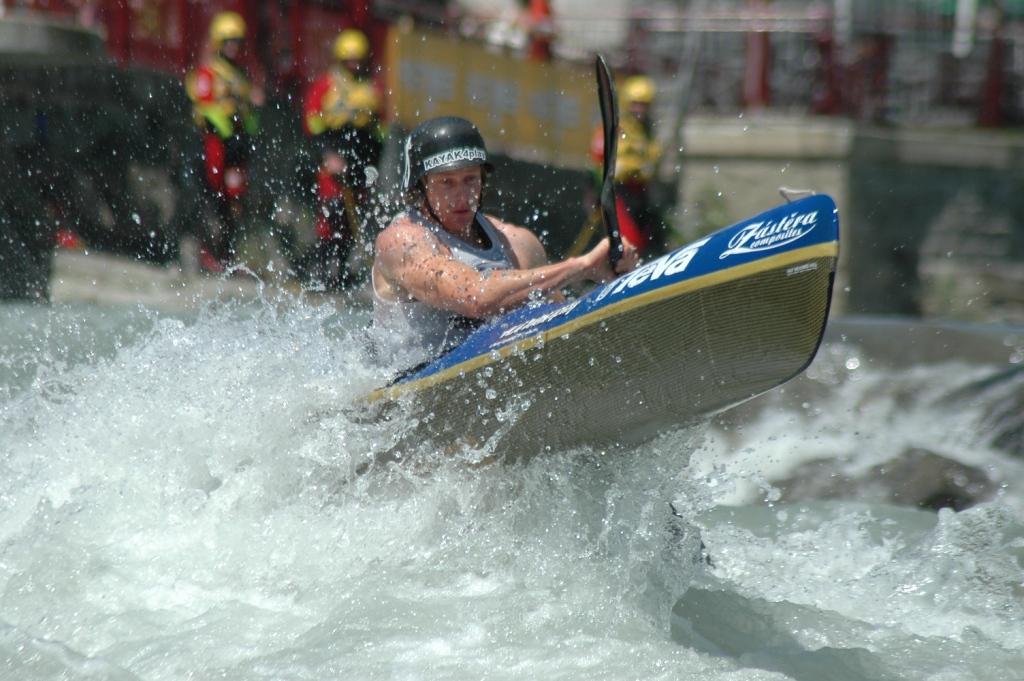 Name: Dan Hall
DOB: 13/09/1976
National Team: Senior
Hometown: Hobart
Current Place of Residence: Hobart/Melbourne
Club: Fairfield Canoe Club
Nickname: Danimal
How did you get into paddling? My dad came home from a Scout auction with a kayak on the roof of his car.  That a was that.
What has been your biggest accomplishment in the sport so far:
What keeps you busy outside of paddling? Two boys!
Who has been the greatest influence on your career? Andrea McQuitty.  I couldn’t have won World Cup medals without her fantastic coaching.
How would your best friend describe you? Energetically persistent
Do you have any superstitions before a race? Always put surf wax on my paddle and I used to have a few White Stripes songs I would listen to.
What is your favourite course to paddle on? Loisach River in Garmisch Partenkirken for the classic race.  I was so technical that it took about 40 runs down before being able to not hit a rock.  It was an amazing feeling to have a perfectly clean run on race day.
Saltza River in Austria for the sprint.
Previous National Teams: Senior Team 2003-2010, 2019-2020