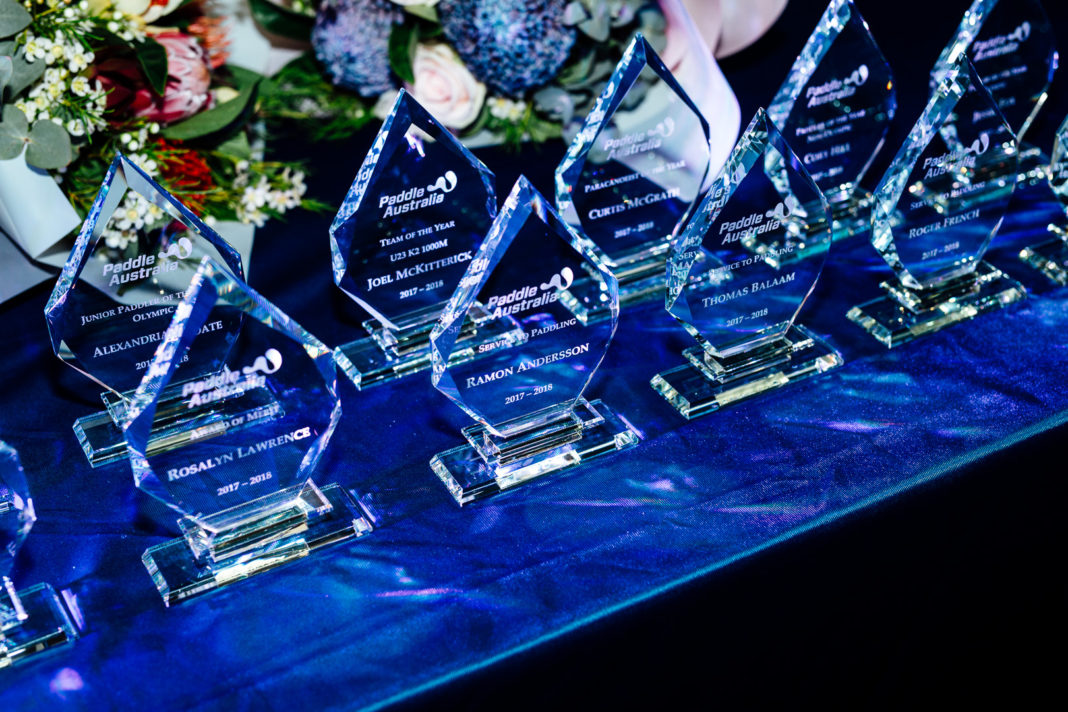 World number one and 2019 double World Cup winner Jessica Fox as well as double 2019 world champion Curtis McGrath OAM headline a stellar line-up of athletes, coaches, officials and volunteers, who have been announced as finalists for this week’s Paddle Australia 2019 Annual Awards.

The Annuals Awards recognise and honour the achievements of Paddle Australia’s athletes, coaches and volunteers with award recipients to be announced in 15 categories this year.

The winners will be announced at the Paddle Australia Awards dinner at the Mercure Sydney on Saturday, 9 November 2019 with Seven News Sydney’s sports presenter, journalist and reporter Jim Wilson to MC the night.

Paddle Australia’s greatest individual slalom paddler of all time, Jessica Fox, once again is a hot contender for the Paddler of the Year – Olympic award following her 2019 world cup win in both the women’s C1 and K1.  She also had a successful finish to the season wrapping up  the 2019 ICF Canoe Slalom World Championships with C1 team gold and two silver medals in the K1 and C1 and securing Australia the women’s canoe slalom quota spots for Tokyo 2020 in the process. Olympic canoe sprint paddlers Alyce Burnett and Alyssa Bull both join Jessica Fox amongst the Paddler Of the Year finalists after another successful domestic and international season.  Burnett won world cup silver in the women’s K1 1000, while Bull won two world cup golds in the same event.  Both also took home gold and silver in the women’s K1 5000, secured several A finals throughout the season as well as the Olympic quota spot in the women’s K4 together with Jaime Roberts and Jo Brigden-Jones.  Paddle Australia’s up and coming sprint talent and 2019 double U23 World Champion Thomas Green completes the Paddler of the Year finalist list.

Green took home gold in the U23 men’s K1 1000 as well as the K4 500 together with Riley Fitzsimmons, Jackson Collins and Jean van der Westhuyzen. The U23 World Champion K4 is also amongst the finalists for the Team of the Year Award and are up against the women’s C1 canoe slalom team of Jessica Fox, Noemie Fox and Rosalyn Lawrence who took home the world champion title at the 2019 ICF Canoe Slalom World Championships.  Also in the mix are wildwater paddlers in the men’s C2 Kaylen and Lachlan Bassett as well as the U23 wildwater women’s K1 team of Genie Collin, Madison Wilson and Demi O’Brien, who took out bronze at the 2019 ICF U23 Wildwater World Championships and men’s K2 combination of Rio Olympians Riley Fitzsimmons and Jordan Wood.

Paralympic Champion and the most successful male paracanoeist Curtis McGrath added World Championship titles nine and ten to his long list of accolades this year and is named as a finalist for the Paracanoeist of the Year Award.  Fellow Paralympian and 2019 World Championships silver and bronze medallist Susan Seipel as well as Paralympian Dylan Littlehales are also nominated as finalists with all three paddlers also securing Australia Tokyo 2020 Paralympic quota spots this season. Paddle Australia’s masters paddlers once again underlined that paddling is a sport for all ages with a strong list of finalists nominated for the Masters Paddler of the Year.  Ocean racing world champion Matthew Rees as well as canoe marathon paddlers Laura Lee and Gavin Cook as well as Terry Bolland all impressed over the last year and posted exceptional results both domestically and internationally. Paddle Australia’s night of recognition will also celebrate amongst others the Coach of the Year, Instructor and Guide of the Year, Technical Official of the Year, Services to Paddling, the Award of Merit as well as the President’s Award. See a full list of finalists for the Paddle Australia 2019 Annual Awards here: Other awards that will also be awarded on the night include: