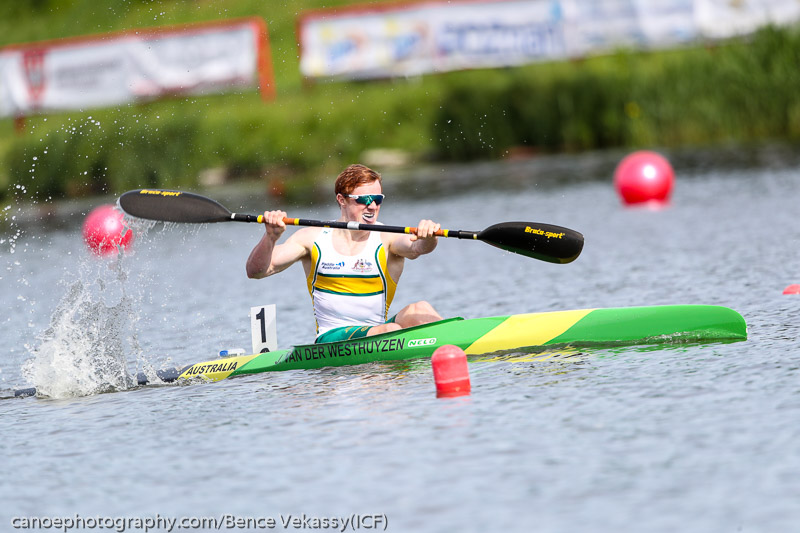 Australia’s canoe sprint paddlers put in a strong performance on the opening day of the 2019 ICF Canoe Sprint World Cup in Duisburg, Germany on Friday (31 May to 2 June) with the majority of the boats progressing through to the next round of racing and with the first final A spots locked in.

Alyssa Bull (QLD) and Cat McArthur (SA) were the first to secure final A spots for Australia with both paddlers winning their respective heats in the women’s K1 1000 on day one of the second and final ICF Canoe Sprint World Cup of the 2019 season. This will give Rio Olympian Alyssa Bull the chance to defend her gold medal from the first World Cup last week with the two K4 team mates enjoying a friendly rivalry.

“It was good to do with one less 1000m race and for both of us to get straight to the A final. I’m happy about that and will try my very best against the reigning champion. We always like getting out there and having a bit of healthy competition but we’ll see how it goes,” Cat McArthur said.

Another final A spot was locked in by one of the newcomers and youngest members of the team, Jean van der Westhuyzen (QLD), who won his semi-final in the men’s K1 1000 to qualify for Saturday’s A final.

“That was a tough race and I’m just stoked to get a good race in and happy to be in the A final. I thought to just go for it and take the race as it comes and lucky enough I managed to make the A final. So yes, I’m pretty stoked,” van der Westhuyzen said.

Team mate Tom Green (QLD) just missed out of the top two qualifying spots after finishing third in a tight race to the line. Green will contest Saturday’s B final.

It was a busy day of racing for van der Westhuyzen, who also progressed through to Saturday’s semi-final in the men’s K2 500 together with Jackson Collins.

The two U23 paddlers are both new to the Senior Team and are contesting their first international senior canoe sprint world cup season this year, an opportunity they are very excited about.

“It’s all still fairly new for me and Jacko. It’s all fresh and interesting how things run here and how the people do things. And it’s a really cool experience to be part of for the first time,” Jean van der Westhuyzen said.

“This is what we train for and look forward to each year to come and race internationally. So to be here and to race amongst all the internationals is really good and great fun. And you sort of get a gage of where you are at this time of the season and I’m now looking forward to see what we can improve heading into Szeged (World Champs).” 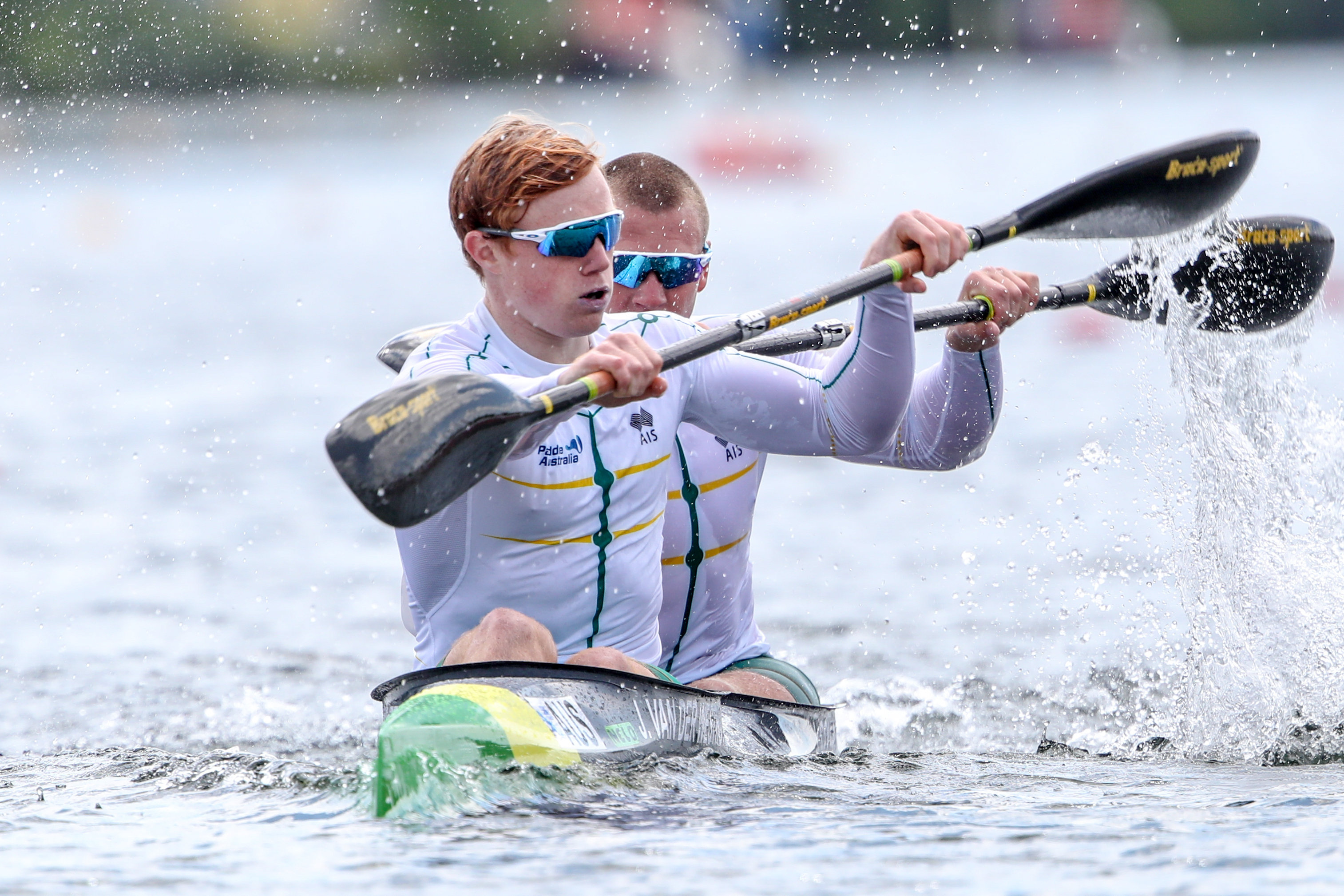 “There’s a lot going on and lots of racing this weekend which is nice. I only had one race per day in Poznan and this is a bit more full-on and I like a bit more racing,” Collins said. As for van der Westhuyzen it is all still a bit new for the 20-year old, who comes from surf-life saving and only started kayaking last year.

“You just don’t know what to expect. Going into our nationals and racing at the start of the year, you kind of know who will be where and whereabouts you are going to be. But you come over here and you do your first race and you have no idea what it’s going to be like. But this week it’s all a bit more settled already and I’m enjoying all the racing opportunities.”

Rio Olympian Alyce Burnett (QLD) is also enjoying the different racing opportunities and progressed straight through to Saturday’s semi-final in the women’s K1 200 after finishing third in the heat. 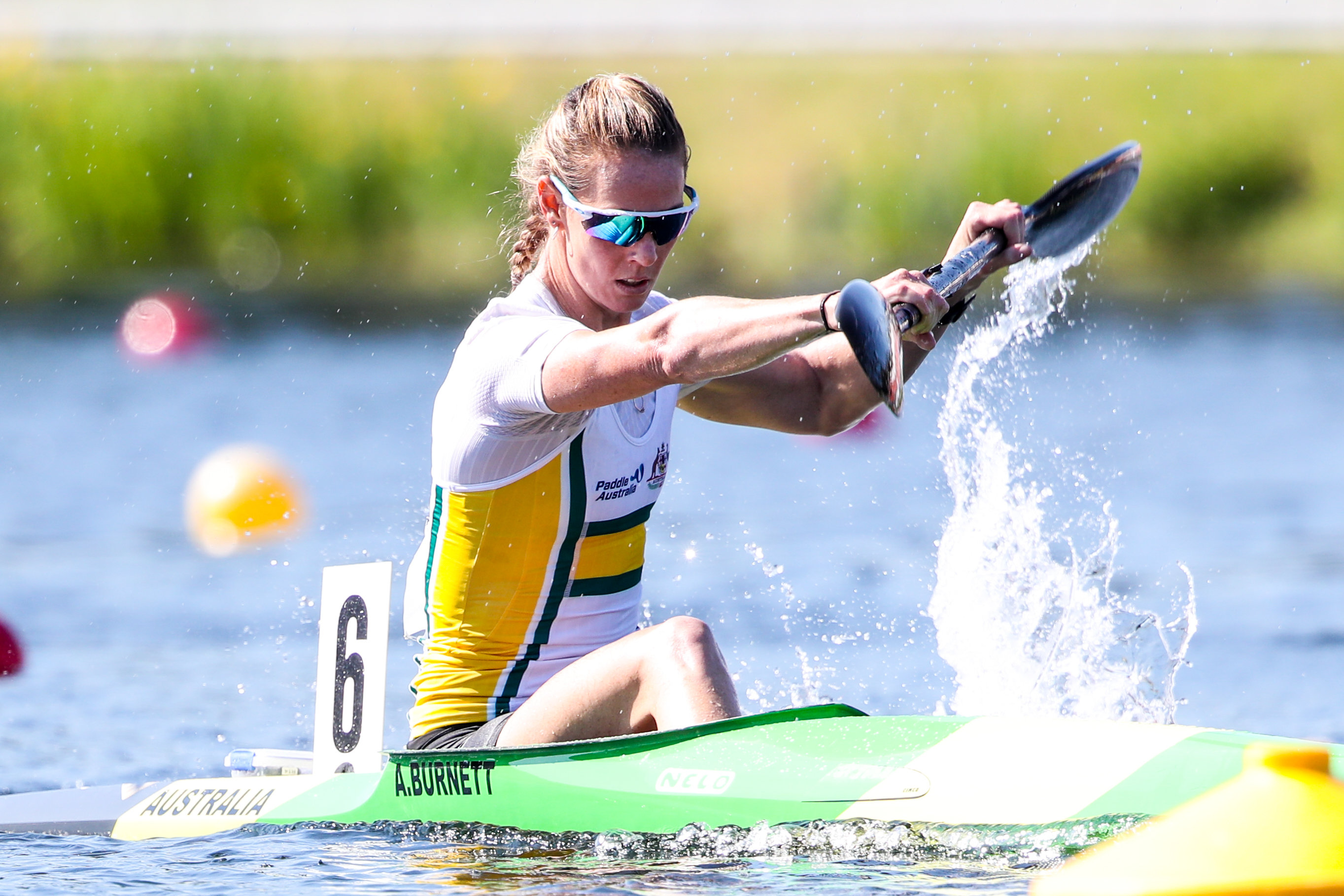 “I was pretty happy with my race. It was the first time I’ve raced the WK1 200 internationally since 2015 so it was a little bit exciting to be on such a short race course. I think I overrated it a little bit but it’s always good to go into a semi with something to work on.” Burnett said.

“The 200 is only an add-on event. The K4 is a priority at the moment so I have obviously been training hard in that. But I guess if you can do a good 200 start, you can start well in the K4 as well so hopefully it translates well into that and vice versa.”

K4 team mate Jaime Roberts also progressed through to the semi-final in the women’s K1 200 after finishing fourth in her heat.

“It’s nice to have the afternoon off and Saturday morning we’ll have the 200 semis which will be quite hot and tomorrow afternoon, or evening almost, we have the K4 heats. And the semis and finals in the K4 on Sunday. It’s a busy weekend but it’s spread out really well and it will be good fun,” Burnett said about the races ahead.

The weekend is set to heat up on and off the water and the Australian team is looking forward to ‘home conditions’ on one of their favourite courses.

“This year it’s been absolutely freezing since we got to Europe and it’s been nice to have the sun come out. It’s supposed to be 31C on the final day on Sunday and that will work in favour of us Aussies. The course here is really good, it’s a really fair course, a nice course to paddle on and I’m excited to be here,” Burnett said.

In the women’s canoe events Josie Bulmer (SA) and Bernadette Wallace (QLD) progressed through to Saturday’s C1 200 semi-finals with Wallace just scrapping through. 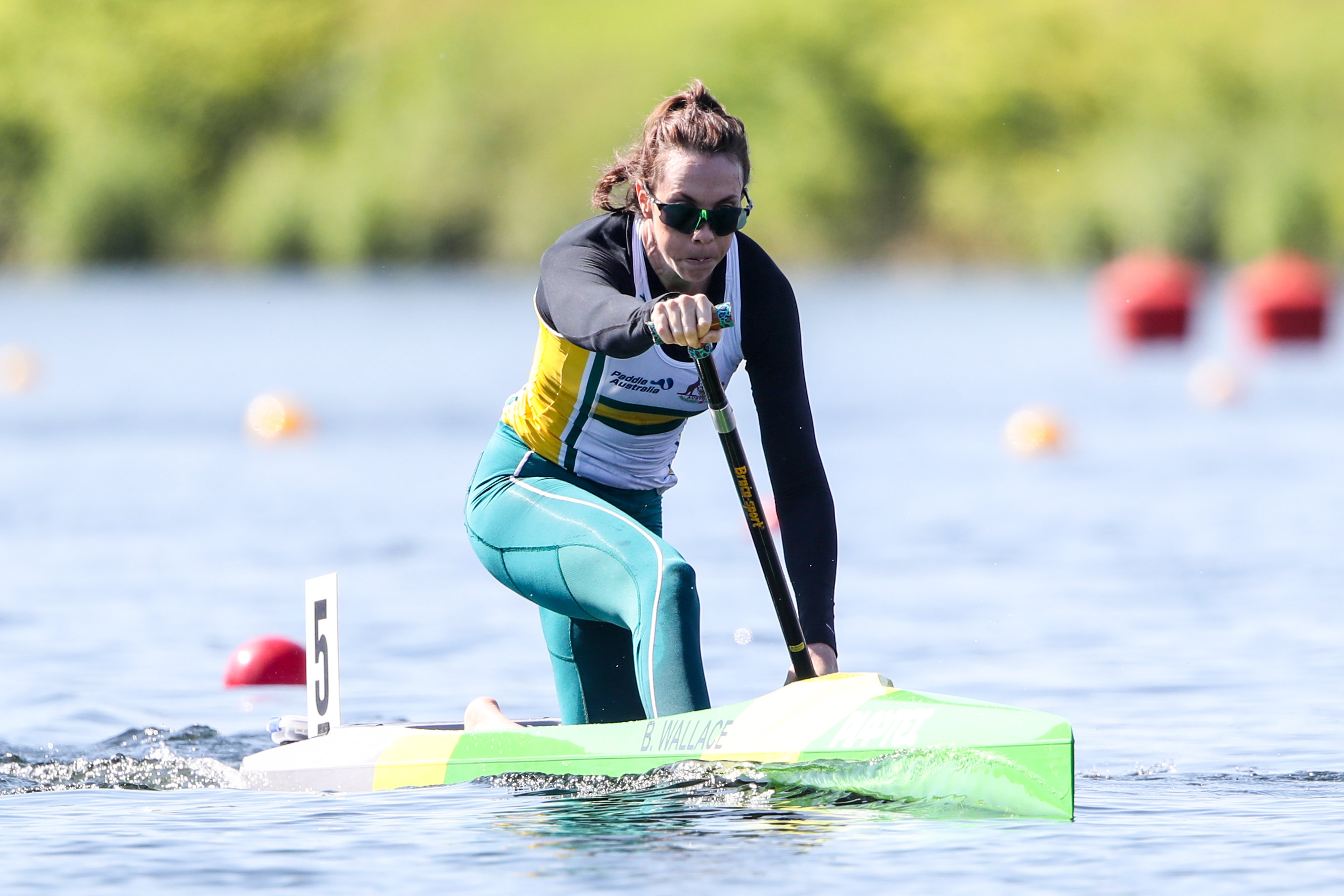 “I scraped through to the semi-final with one of the fastest sixth places so that was very lucky and I’m very, very happy about it and hopefully there is no scraping in the future,” Wallace said, who only started racing in the canoe events that will premier at the Tokyo 2020 Olympic Games six months ago.

“I still have a bit of a slow start because I’m still learning to be in the nose block and still learning how to balance there, but I was really happy with the rest of the race.”

In the women’s C2 500 Wallace and Bulmer finished ninth and missed out of progressing to the next round.

Rio Olympians Riley Fitzsimmons (NSW) and Jordan Wood (QLD) successfully closed off the first day of racing placing second in the heat of the men’s K2 1000 and progressed straight through to Saturday’s semi-final after leading for most of the race .

In other Australian day one results, Jo Brigden-Jones (NSW) and Brianna Massie (QLD) made the B-final of the women’s K2 500 in their first race together.

South Australian Matt Goble will also contest the B-final in the men’s K1 500 after a fourth place in the semi-final, while Joel McKitterick (QLD) did not progress after finishing sixth in the heat.

Saturday will also see the K4s take to the water with new combinations on trial. The women’s K4 will race with Cat McArthur, Jaime Roberts, Alyce Burnett and Alyssa Bull.

Rio 2016 Olympic bronze medallist Lachlan Tame (NSW) will take over the stroke seat in the men’s K4 with London Olympian Murray Stewart (NSW), Tom Green and Jackson Collins behind him.

“I’m just happy to get an opportunity in an Olympic distance race. Three monsters behind me and a garden gnome in the front should be fun,” Tame laughed.

Tame only returned to international competition after an extended break post Rio at last week’s World Cup I.

“It’s not an excuse, but we only had the week to prepare. We had to recover post the weekend on Monday and we jumped into the boat on Tuesday once we found out the selectors had changed their mind. We want to improve on our performances every time we get on the water so I was lucky enough to be thrown the reigns to the gazelle this time and it should be an interesting race.”

“This is only my second international K4 race, I did a K4 200 back in 2015 but it’s the thickest field I’ve ever seen. I’ve always watched the K4, and I’ve never seen four heats. It’s always been three heats, one direct to the final and the rest race in the semis, but this weekend it’s four heats, three semis and one final. Hopefully only one final, so we hope to get into the a final and give it a red-hot turn on Sunday!”

Racing continues for the Australian Team on Saturday morning from 9:25 local time with the women’s C1 200 and women’s K1 200 semi-finals up first.