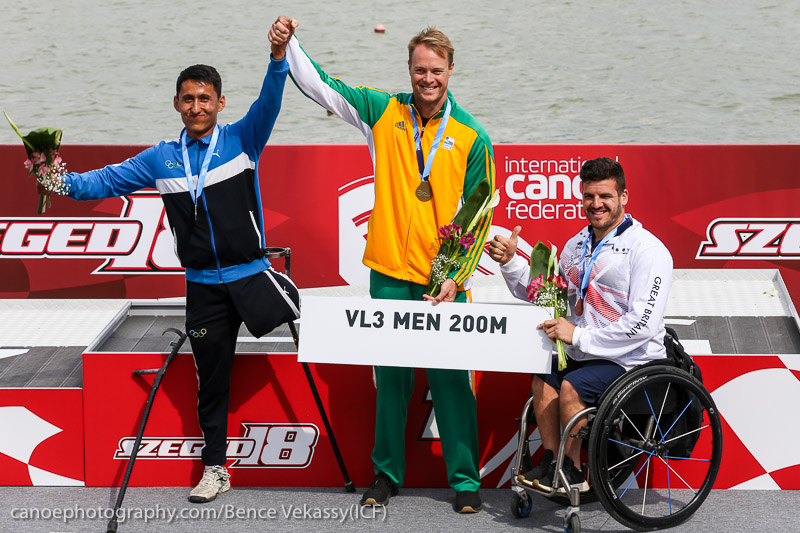 Australian Paracanoe world champion and Paralympic gold medallist, Curtis McGrath, underlined his class with a second hard-fought win in as many days at the ICF Paracanoe World Cup in Szeged, Hungary.

McGrath (QLD) had to dig deep on Friday to win gold in the KL2, and he was once again pushed all the way in Saturday’s VL3 final, one of the new Paralympic events, this time by Uzbekistan’s Khaytmurot Sherkuziev.

“It was a really fast call at the start, so a lot of us weren’t set properly, and that last 50 metres, I was really holding on to that paddle, probably a bit too tight, so my arms were filling up with lactate.

“I think due to my preparation leadning in I had to be content that I wasn’t going to perform as well as I wanted to, but it goes back to all those years I’ve worked hard in the V1, and now I’m in the VL3 class it’s a good feeling to race the fastest in this group.”

In other results on Saturday, Susan Seipel (QLD) followed her bronze medal performance in the women’s VL2 with a close fourth in the KL2.

Jordan Wood (QLD) and Riley Fitzsimmons (NSW) finished a busy 24 hours with a fifth in the men’s K2 500.

Murray Stewart is a strong medal chance on Sunday in the final of the men’s K1 500, while the Australian men’s and women’s K4 500 teams are both through to Sunday’s semi-finals.