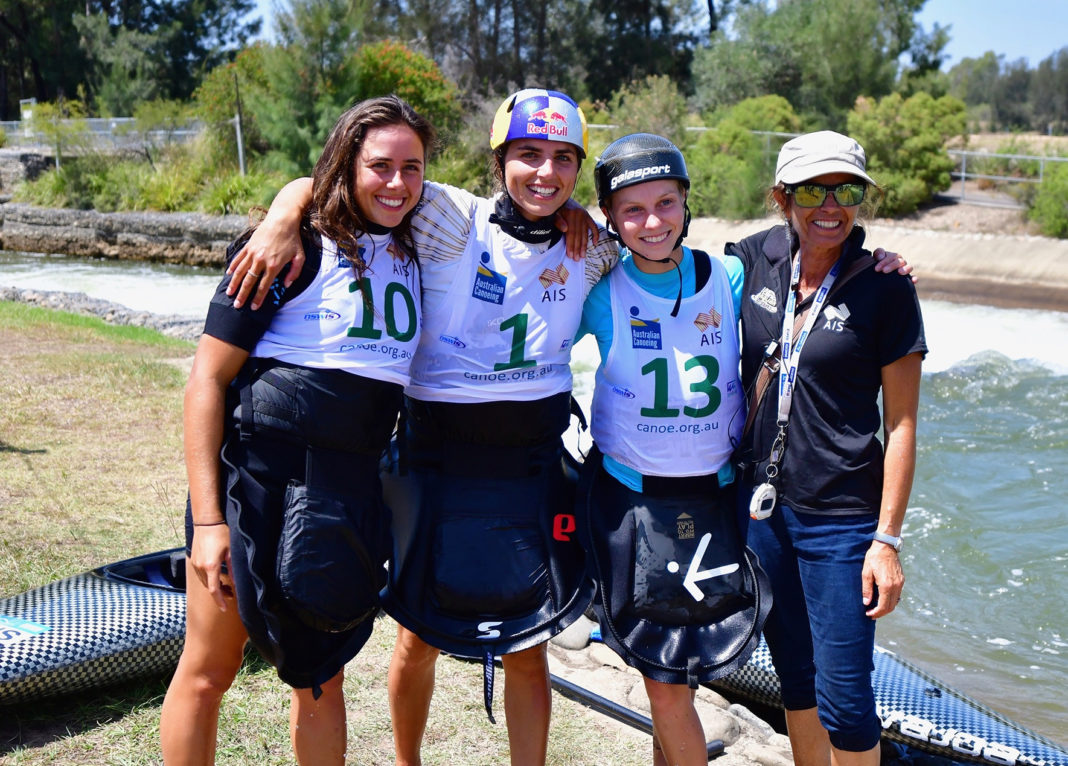 While great strides have been made to balance the number of male and female athletes participating in the Olympic Games, the number of female coaches at elite level remains remarkably low. This new series will highlight the various initiatives taken by the International Olympic Committee (IOC) to tackle this important issue and share the journeys of inspirational women coaches who are beating the odds and proving that “if she believes it, she can be it”.

In the first article of the series, the IOC speaks to the canoe coach and two-time Olympian, Myriam Fox-Jerusalmi, who has called for more female coaches at elite level, reminding women there is a “door open for them” to become coaches.

Last December, Myriam Fox-Jerusalmi was honoured with an IOC Coaches Lifetime Achievement Award, which recognises coaches who have dedicated their lives to their athletes. Fox-Jerusalmi has done just that and gone above and beyond. After representing France in K1 at Barcelona 1992 and Atlanta 1996, where she won bronze, Fox-Jerusalmi has gone on to create a successful coaching career over the past 25 years. On top of helping her daughter Jessica Fox to win 12 world titles and four Olympic medals, she’s been instrumental in helping to develop the women’s canoe slalom Olympic programme and achieve gender equality.

Fox-Jerusalmi welcomed the visibility that the Lifetime Achievement Award had brought to Australia and to canoeing, adding it showed that women could become Olympic coaches too. “Maybe now it shows that it’s possible and there’s recognition for the coaching job, because there’s not enough women coaching around the globe,” she said.

Despite this, it has been hard to increase the number of high-performance women coaches, and progress has been slow. In the last decade, women accounted for just 10 per cent of all coaches accredited at the Summer and Winter Games, a figure that rose to 13 per cent for Tokyo 2020. The IOC established a Women Coach Working Group in 2020 to increase the number of women coaches and alleviate the shortage.

Meanwhile, the IOC’s bespoke four-year Women in Sport High-performance pathway programme (WISH) has been steadily gaining momentum. Backed by USD 1 million in Olympic Solidarity funding, the programme will prepare over 100 women for coaching at elite level.

To date, 66 female coaches from 14 sports have already immersed themselves in activities designed to further develop their leadership skills, confidence and careers. All have demonstrated a desire and potential to reach the highest level of coaching.

“To the participants of the WISH programme or even to the women that want to get into coaching and can’t be in that programme, follow your dream, and be persistent in what you want to do,” Fox-Jerusalmi said.

“Try to get educated and try to gain experience to be able to reach your goal,” she added.

Gender equality is a must-have

Driven by its vision to build a better world through sport, the IOC sees gender equality as a must-have for every organisation and every country. In October last year, IOC President Thomas Bach told Olympic Movement stakeholders that all sports organisations – including the IOC – have a responsibility to advance gender equality, diversity and inclusion.

“No organisation or country can afford to leave the skills of 50 per cent of the population behind,” he said at the time.

Global challenges such as the COVID-19 pandemic, violent conflict, climate change, and the backlash against women’s rights are further exacerbating disparities, the United Nations says. Against this backdrop, the IOC has made progress on and off the field of play. Thanks to these efforts, the Olympic Games have become the largest gender-equal sporting event in the world, with women making up 48 per cent of the athletes participating at the Olympic Games Tokyo 2020, and the commitment to reach full gender equality for the Olympic Games Paris 2024.

In spite of this progress, however, the lack of women coaches stands out. That is why it is an important part of the IOC’s workplan for 2021 to 2024 which focuses on five key areas: participation, safe sport, portrayal, resource allocation, and leadership, and clearly sets out the objective of increasing the number of women coaches across all Olympic sports.

“I’m the lucky one, because I think there are a lot of coaches around the world that also deserve this award,” Fox-Jerusalmi said. “The more women we have, the more women think they can go into these jobs and it’s okay to be a coach, and It’s okay because there’s a door open for them to become a coach.”