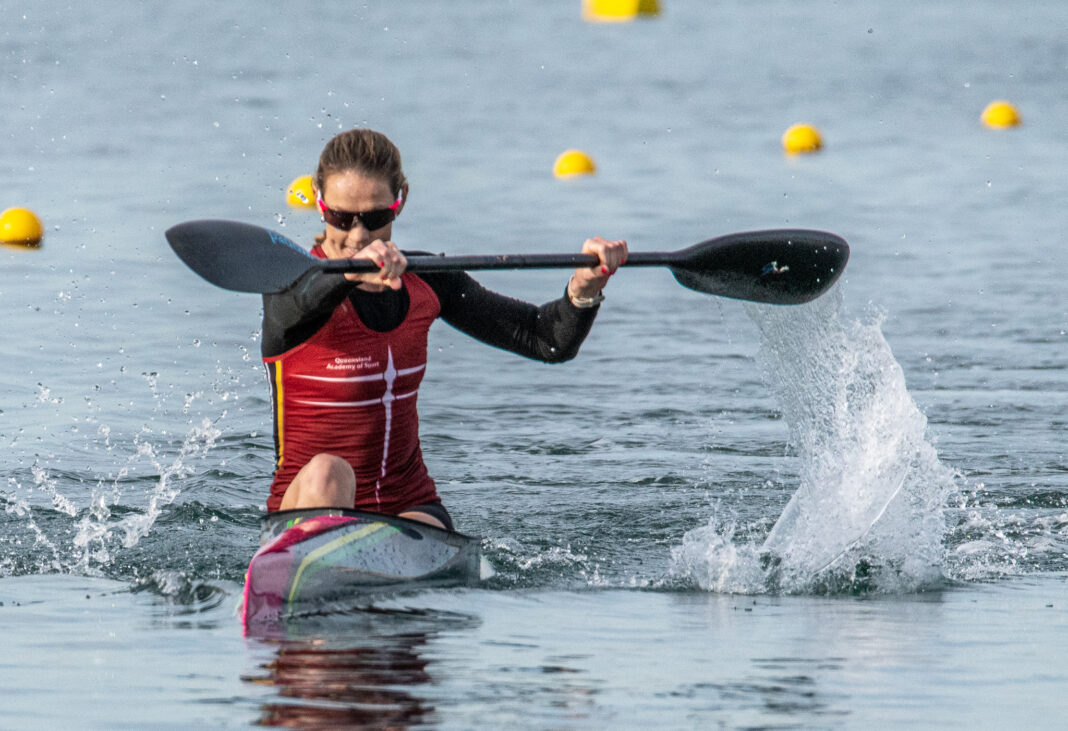 The domestic summer of Canoe Sprint begins this weekend with Grand Prix 1 (GP1) at West Lakes in Adelaide from 9 – 11 December.

GP1 marks the start of the domestic national season, which will see athletes begin their season in Adelaide, before heading to Penrith (NSW) in January for GP2, which doubles as a the selection event for the 2023 Australian Team, before the Paddle Australia Canoe Sprint Championships in Champion Lakes, WA in late March.

A very familiar name on the GP1 start-list is dual Olympian Alyce Wood, who is making her return to competition following the Tokyo 2020 Olympic Games, and the birth of her first child Florence Wood, with partner and fellow Olympic kayaker Jordan Wood.

Racing in the three Olympic events in Adelaide, Wood said she’s really excited to return to a competition environment and get some solid racing experience under her belt before the international qualification event early next year.

“I’m excited to get down there and blow some cobwebs out, it’s been a long time since I last raced, as my last race was the K1 final in Tokyo,” Wood said.

“I could have maybe had a lighter program because it is my first race back and I’m only five months postpartum, but I just wanted to get out of there and be in the start-gates as much as possible and not put much pressure on the end result.”

Wood said that she has loved getting back in the boat and back into training, especially after watching her teammates record one of their most successful international seasons earlier this year.

“It’s super exciting to be back with the team, I think especially now because the girls have had such great results in the last year, winning a silver medal in the K4 at Worlds, among other epic results, so it’s cool to be part of a team that knows what it feels like to achieve really good success because I believe success breeds success,” she said.

“It was one of the hardest things I’ve done watching the girls race overseas… but the fire in my belly was still there, and I think watching them and feeling the way I felt made me realise that I’ve made the right decision to come back [to the sport] which is great.

“It’s been a hard juggle that’s for sure, and of course Florence always takes priority now, so things have changed absolutely, but I hope I am a better athlete because of it.”

Being the first event of the season, the Canoe Sprint High Performance Team will use GP1 as an opportunity to trial a few different crew combinations before they race for national team selection at GP2.

Due to the delayed Tokyo 2020 Olympics, Wood said it feels unusual to have a three-year Olympic cycle, as opposed to the regular four years, but the entire team are focused on the goals of qualifying as many boats as possible for the 2023 World Championships, to secure Olympic qualifications for Paris 2024.

“It’s absolutely weird to be in a three year Olympic cycle but I think at the moment I’m just taking it race by race,” she said.

“I know what the end goals is, but the Olympics don’t happen unless we produce a really good result this season, and I think the whole team – men, women and para – are in a really good position looking towards next year’s World Champs and then the Olympic and Paralympic Games later in the cycle.”

GP1 gets underway on Friday morning at West Lakes in South Australia, with Canoe Sprint and Para Canoe events to race across the three days of competition.