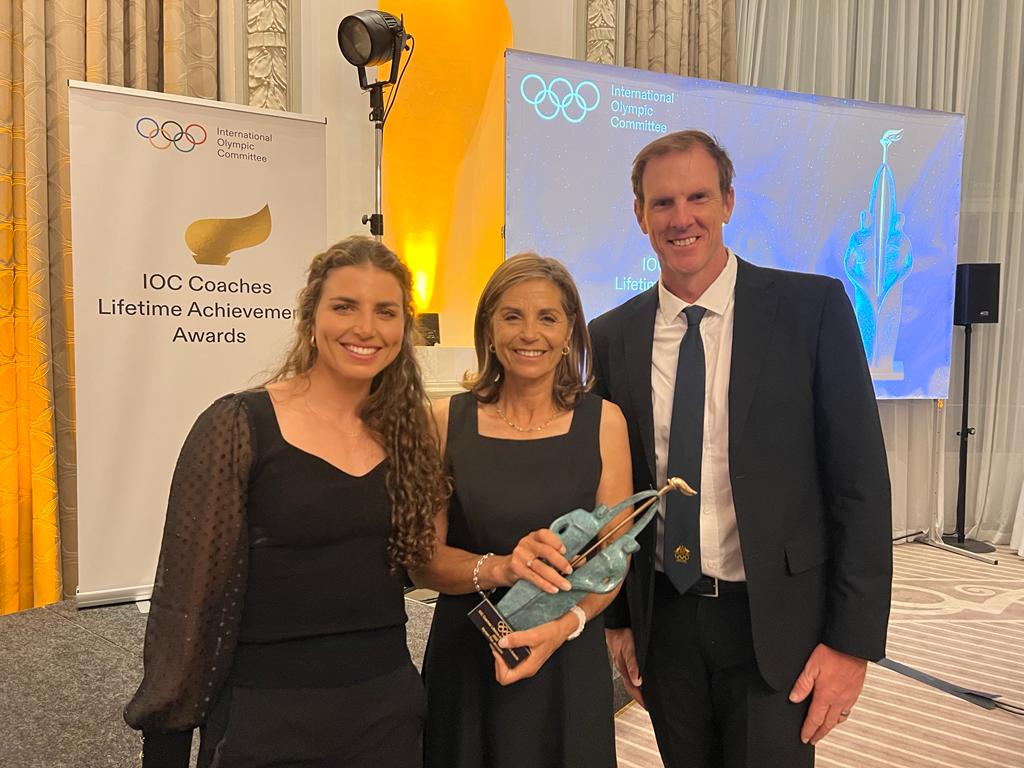 Myriam Fox-Jerusalmi has been coaching for 25 years, leading her athletes to 12 world titles and four Olympic medals. Myriam helped to bring women’s canoe slalom to the Olympic programme and helped achieve gender equality in her sport.

Malcolm Brown has coached athletes to five Olympic medals in triathlon and has dedicated his life to coaching and bettering the lives of others.

IOC President Thomas Bach, a gold medallist in fencing at the Olympic Games Montreal 1976, said: “The IOC Coaches Lifetime Achievement Award is a celebration of the incredible dedication and contribution that the recipients have made to the athletes they have coached, both on the field of play and beyond sport. I know from my own experience how important coaches are in an athlete’s career. Myriam Fox-Jerusalmi and Malcolm Brown have left a major mark on their sports and have helped their athletes to become real champions in sport and in life.”

Sergii Bubka, Chair of the IOC Athletes’ Entourage Commission (AEC) and member of the expert panel that selected the winners commented: “Coaches are pivotal in helping athletes fulfil their potential and be at their best. Not only are they experts in their sporting fields, but they are also pillars of support and guidance throughout an athlete’s career, both on and off the field of play. The relationship between athlete and coach is fundamental to performance and fulfilment, and we are delighted to be able to celebrate it with these awards.”

Building a new pathway for female athletes and coaches

Myriam Fox-Jerusalmi represented France at two Olympic Games in the canoe slalom K1 event – Barcelona 1992 and Atlanta 1996 – winning bronze at the latter. Since then, she has gone on to establish a successful coaching career in canoe slalom spanning over 25 years.

“I was very surprised first, and very honoured, to have been recognised internationally for my career as a coach,” Fox said. “As a coach, I am passionate about our sport and wanting to help our athletes reach their potential. This award is very special as it acknowledges my contribution in high level sport as a female coach for so many years, but it also puts canoeing and Australia in the international Olympic spotlight.”

“I’d like to thank all who have supported me in my career as a coach; this award is the pinnacle of sport achievement for coaches and I’m extremely proud,” she said.

Among the Australian athletes she has coached to international success is her daughter Jessica Fox, who won gold at the Olympic Games Tokyo 2020 in the first-ever women’s canoe slalom C1 event. This made her the greatest canoe slalom athlete of all time, with nine world titles, one Olympic silver, two Olympic bronze and one Olympic gold medal to her name, along with a gold medal at the Youth Olympic Games Singapore 2010.

“Myriam is one of the few female coaches practising in Australia and around the world in canoe slalom, and she has always been a strong advocate for female athletes, gender equality, and the importance of developing good humans before athletes,” said Jessica Fox. “She was also part of the lobbying to achieve gender equality in canoe slalom, with the inclusion of the women’s canoe event at the Olympic Games. It’s one of the reasons Tokyo was so special, achieving that first ever women’s canoe Olympic gold medal was an incredible moment to share together. I’ve been lucky to have her as a coach, her passion and vision in the sport is inspiring, and there’s no slowing her down! As one of her athletes (and as her daughter too!), I’m so proud to see her receive this award and be recognised in this way”.

Launched for the first time in 2017, previous winners have included: