Home General PADDLING STARS IN THE SPOTLIGHT AT 2022 COOLANGATTA GOLD 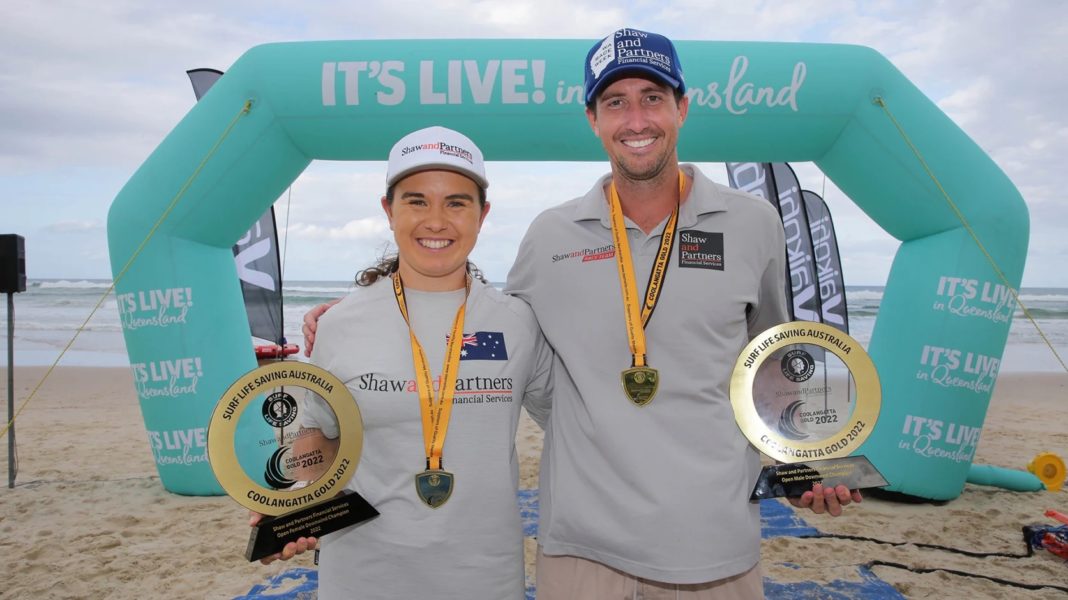 The 2022 Shaw and Partners Financial Services Coolangatta Gold festival saw the introduction of the new Downwind Ski Paddle event, which featured world class paddlers and Olympians in the line up.

With testing conditions greeting competitors on the opening day of the Shaw and Partners Financial Services Coolangatta Gold, the course was reversed to start at Coolangatta and finish at Burleigh Heads.

“It was so much fun out there, I wasn’t really sure how the wind was going to be, it was looking really good from Coolangatta beach, we headed straight out to sea then we turned that first can and the wind was behind us the whole way,” said Smith.

“It’s awesome to be part of this first ever downwind ski paddle as part of the Shaw and Partners Coolangatta Gold weekend, it’s such an iconic weekend here on the Gold Coast.

“I’m excited for tomorrow as well, it’s the first time I’ve ever raced in a team event as part of the Coolangatta Gold,” she said.

For former World Ocean Ski Champion Cory Hill, he was eager to get a win today after what was a disappointing World Championships campaign for him last weekend.

“It was a difficult race for me in Portugal [World Championships] last weekend so to come back and get a win against some of the world’s best here on the Gold Coast… it’s good for me to get the win under my belt and put last weekend behind me.

“What a fantastic addition to the Coolangatta Gold program.  Shaw and Partners have been passionate about surf ski racing for a long time and to have them help us showcase what we do best, with beautiful conditions… it doesn’t get much better,” he said.