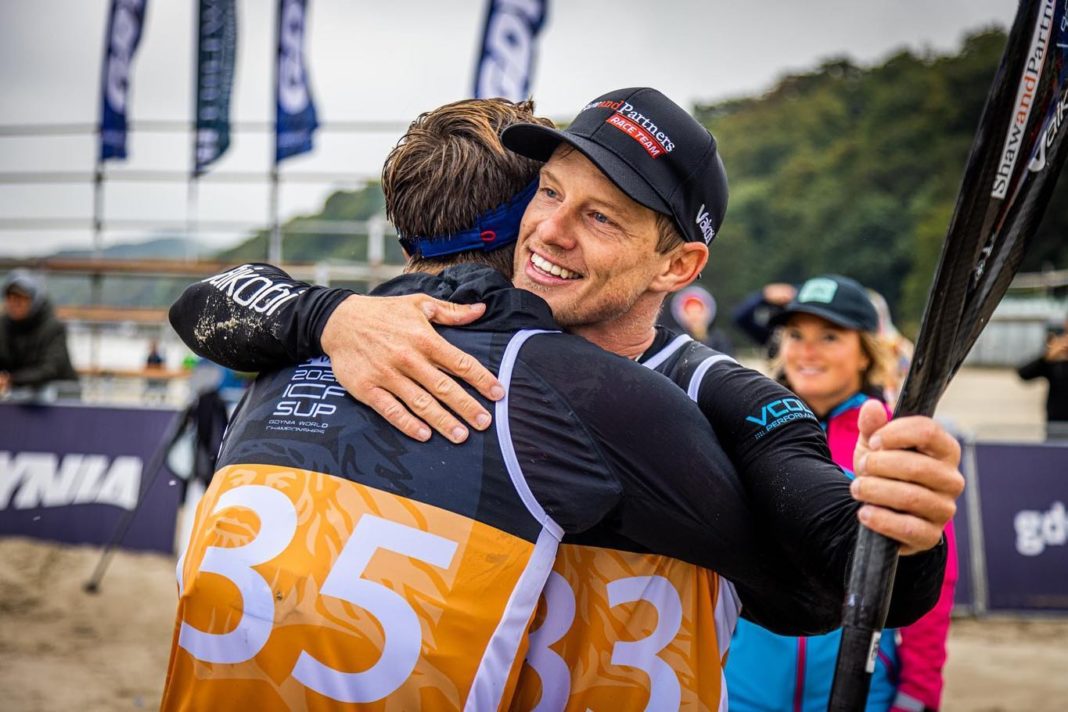 The Aussie took out the Long Distance World champion title on Saturday, before going on to claim a second gold medal in the Inflatable event on Sunday.

“It means a lot, I’ve had so many interviews and I just keep crying, I’m so happy,” Booth said after his Long Distance victory.

“I thought this was like Perth on a winter’s day, so honestly it felt okay. I was like, I’ve done this a million times and I’m really prepared for this, so I was not that unhappy to be honest, and it played out the way I thought it would,” he said.

Booth was one of two Australians competing at the event, with Queenslander Johnathan Hagan competing in the sprint and technical races.

Hagan said it was great to be back on the water with his international rivals.

“The event as a whole was run so well, very professional and good to see everyone in the world show up,” Hagan said.

“I believe this is the beginning for an awesome campaign in the future for both myself and Australia.

“For me it was nice to get close to the A Final for the technical race, unfortunately not the best result in the B Final but definitely good to see where the level is and keep dream of a world championship going.

Michael (Booth) was unbelievable in his distance performance and represented Australia amazingly!” he said.

Paddle Australia SUP Technical Lead Darren Pratt said Booth and Hagan should be proud of the example they are setting for the sport as a whole.

“I think this is a really exciting time for stand up paddling in Australia,” Pratt said.

“We’re working hard to explore the options of having SUP and SUP Foiling included on the competition program or as demonstration events at the 2023 ICF Ocean Racing World Championships that are going to be held in Western Australia,” he said.

Pratt added that the success on the world stage only sets the tone for whats to come back home in Australia.

“Paddle Australia will be holding two National Championships for SUP in 2023,” Pratt said.

“We’re also starting to see the State Paddle Associations working closer with the SUP community for inclusion in their state based events.

“This work aligns perfectly with Paddle Australia’s vision of a United Paddling Community and it’s terrific to go to an event and see so many different paddling disciplines working together,” he said.