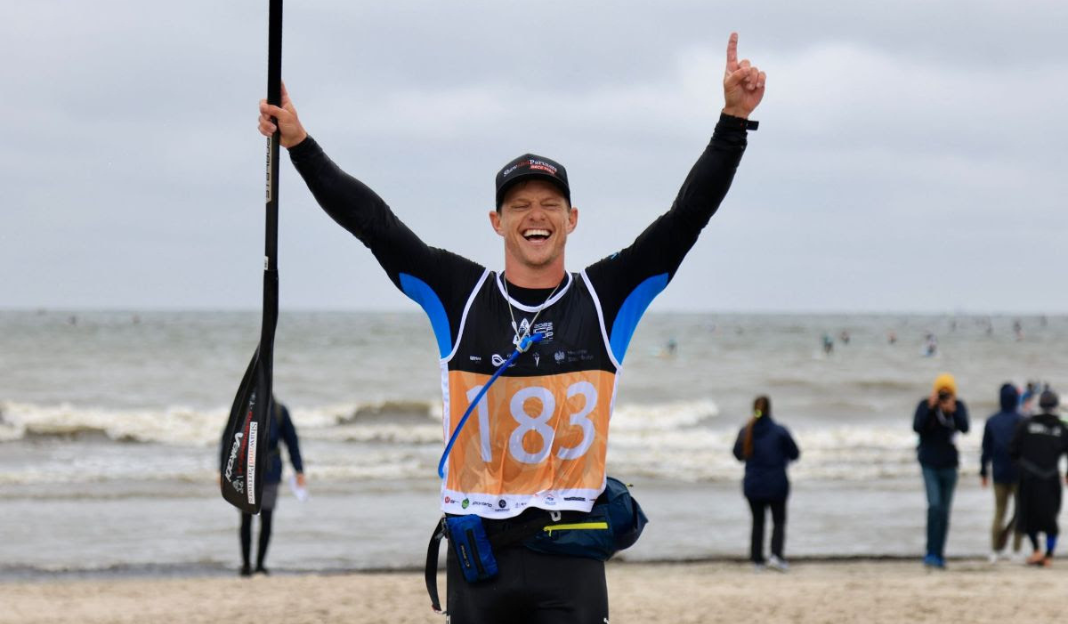 Australia’s Michael Booth has won back the world title he lost last year in tough conditions at the Stand Up Paddling World Championships in Gdynia, Poland, on Friday.

Twice officials had to postpone the race start because of strong winds and rough ocean conditions, but when racing finally got underway in the long distance events it was 2019 ICF champion Booth who proved to be the master of the conditions.

The Australian emerged a clear leader from a messy start which proved challenging for many in the field, and opened up a lead by the two kilometre mark of the 16 kilometre race that could not be pegged back.

“It means a lot, I’ve had so many interviews and I just keep crying, I’m so happy,” Booth said.

“I thought this was like Perth on a winter’s day, so honestly it felt okay. I was like, I’ve done this a million times and I’m really prepared for this, so I was not that unhappy to be honest, and it played out the way I thought it would.”

Frenchmen Titouan Puyo was 50 seconds back in the silver medal position, while fellow-Frenchman Clement Colmas was more than three minutes back in third.

The ICF 2022 SUP World Championships continue on Saturday with preliminary rounds of the technical races, where Booth will compete again, alongside Aussie Jonathon Hagan, who competed in the Sprint events earlier in the week.