Home General BRONZED AUSSIES ON THE PODIUM IN SZEGED 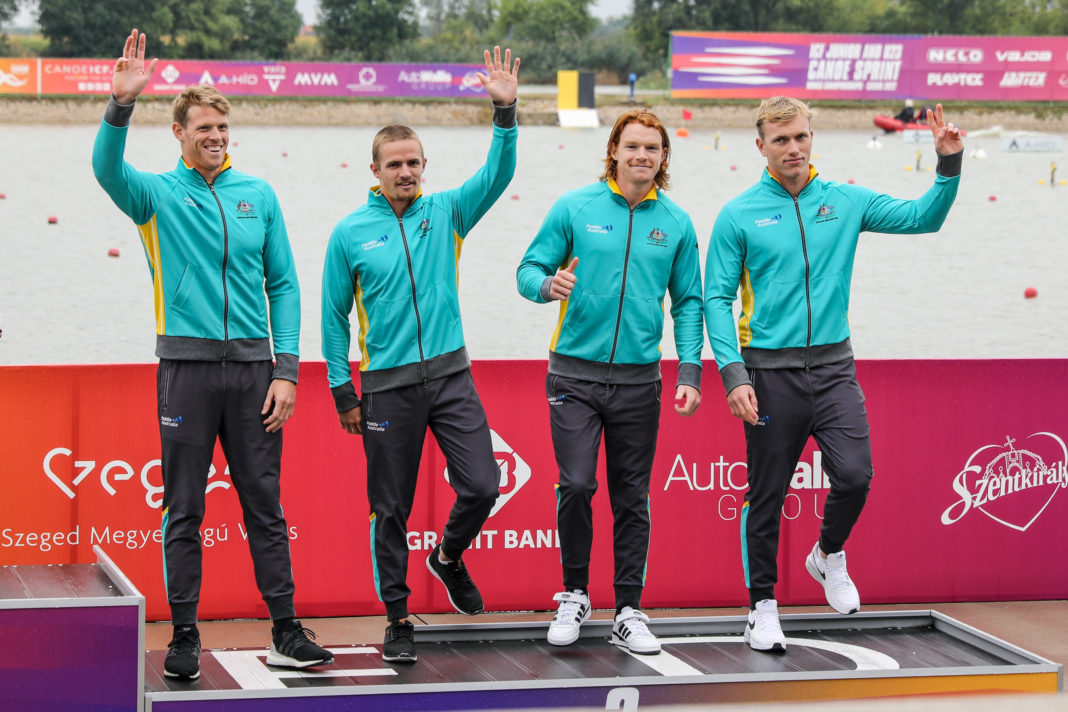 In the first A Final of the day, Drobot finished in third place behind Chelsea-Lynn Roussiekan (GER) and Reka Kisko (HUN).

Having made her way into the final after winning her heat and finishing second in her semi final earlier in the regatta, Drobot was confident of a podium finish, but knew she was going to have to put in the hard work in the final to get the job done.

“This feels pretty amazing, I feel like everything has led up to this moment,” Drobot said.

“I’m just so stoked to be wearing the green and gold, and representing Australia really well.

“I’d like to thank my parents and all my support crew back home in Australia, but I’d also like to thank Floody (Coach Naomi Flood), Jake (Coach Jake Michael), Kenny (Team Leader Ken Wallace) and Rene (Coach Rene Olsen).

“The amount of work and effort we’ve put in together is unbelievable so I’m feeling very grateful,” she said.

In the U23 men’s K4 500, Olympic gold medalist Tom Green spearheaded the Australian team to a bronze medal victory.

With all four athletes having raced at the 2022 ICF Canoe Sprint World Championships in Halifax, Canada earlier this season, the quad teamed up to deliver another medal for the Australian team.

“We came together after Senior Worlds and we’ve all enjoyed training to get to this moment,” Harvard said.

“To get the result at the end, we’re just super happy for everyone thanks for all the hard work it’s taken our whole team to get us here, and a big shout out to Jimmy (Coach James Owens)” he said.

“It was a good, tough race – we definitely built race to race (from heat, semi to final),” Green added.

The two bronze medals highlighted an action packed third day of racing for the Junior and U23 Australian team in Hungary, with boats across five A Finals.

Racing will resume on day four in Hungary from 4.55pm AEST. For the full schedule – click here