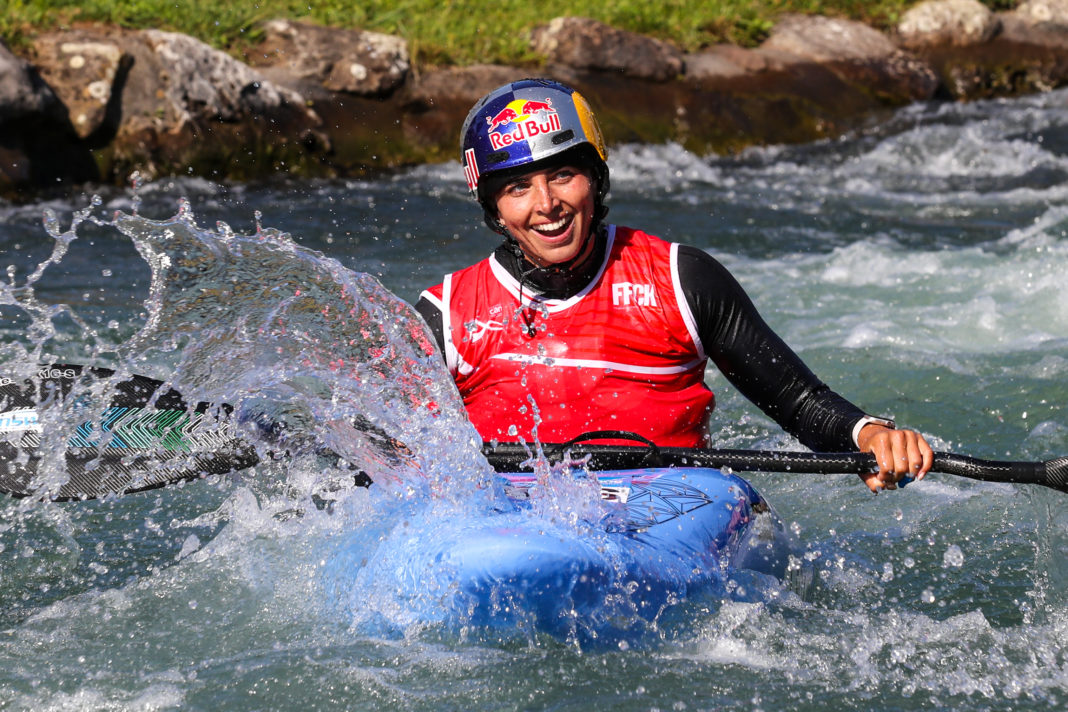 More gold for Olympic champion Jessica Fox overnight at the ICF World Cup in Pau, France, with the Australian winning the extreme slalom.

Extreme slalom will premier as an Olympic event at the Paris 2024 Olympic Games and after two world championship titles and a World Cup Gold, Fox is firming up as one of the favourites.

“I haven’t had many World Cup Finals in Extreme, so it was awesome to make the final in Pau.

“It was my third event (at the World Cup) and I was quite exhausted, so I was so pleased to take the win today,” she said.

Earlier in the day, Fox headed into the canoe final as the fourth fastest qualifier, behind Germany’s Elena Lilik, Marjorie Delassus (FRA) and Gabriela Satkova (CZE).

Fox’s younger sister Noemie fell just short of the women’s canoe final, finishing 16th in the semi in a time of 122.61.

There is one event of the season remaining, the World Cup Final in Spain 2-4 September 2022.