Home General Australian Canoe Slalom Kayakers Progress to Next Round of Racing at 2022... 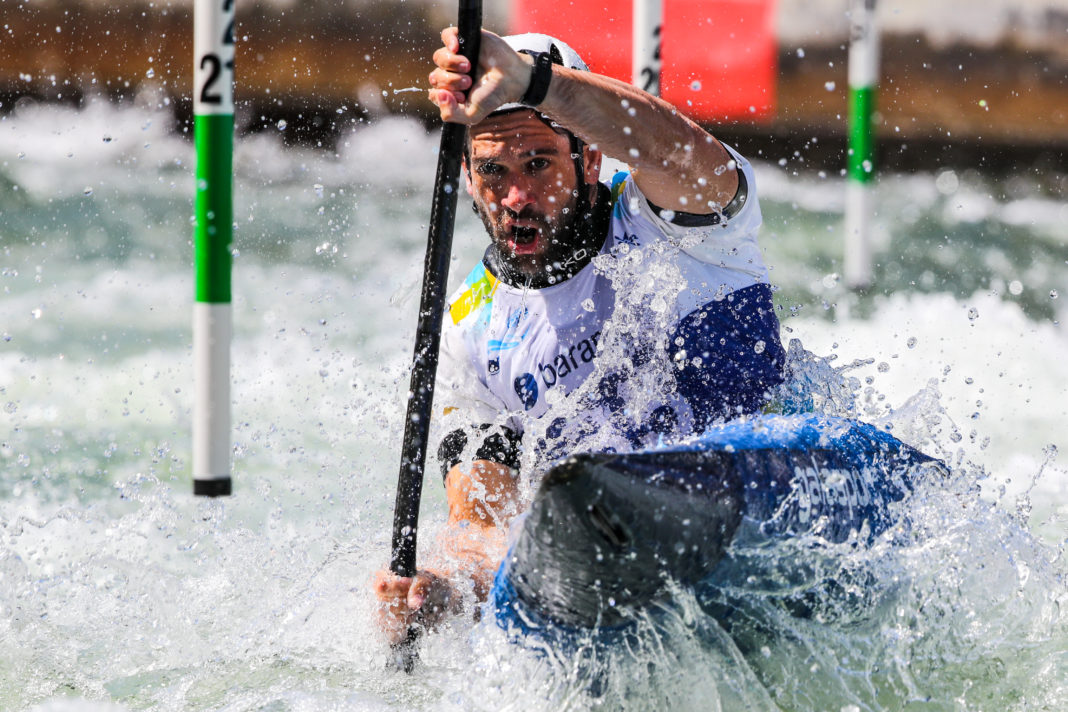 Paddle Australia’s Canoe Slalom athletes put down a strong overall team performance on the first day of individual competition at the 2022 ICF Canoe Slalom World Championships in Augsburg, Germany, on Thursday 28 July, with five out of six Australian kayakers progressing straight through to the next round of racing.

Exactly one year and one day after winning Olympic bronze in the women’s kayak event (WK1) at the Tokyo Olympic Games, three-time K1 world champion Jessica Fox put in a solid run on the first day of heats, qualifying for her 10th World Championships semi-finals with a strong run and fifth place in a time of 99.64 (+1.31). Sister Noemie Fox will join her in Saturday’s WK1 semis after also putting in a clean run and finishing seventh in 101.63 (+3.30).

“I’m really proud to have put that run together,” Noemie Fox said after racing her heat in front of a big crowd of over 6000 spectators.

“The first run of the world champs campaign always is a bit nerve wracking, but I felt really good out there and really buzzed off the atmosphere. I’m really proud of that result and I hope to build on that for the rest of the week.

Fellow kayaker Kate Eckhardt, who is the first time back on the international racing circuit this year after three years at home, put in some gutsy racing on the challenging Augsburg Eiskanal (Ice Canal), but missed the chance of qualifying for the top-30 after a costly gate touch in the first run of the heats and missing two gates in the second run and copping two 50-seconds penalties as a consequence. She will have another chance in the women’s canoe heats on Friday with all three Australian female athletes doubling up in both events.

In the men’s kayak, all three Australian athletes went straight through to the semi-finals with Tim Anderson finishing seventh, Ben Pope eleventh and dual Olympian Lucien Delfour 18th in the heats.

“This is amazing. I was just really happy that I was able to put down a run that I know I’m capable of and that it all worked out for me,” Ben Pope commented after progressing through to his first ever world championships semi-final.

“I felt really good in the run, everything felt in control and I was going for it. I got across the finish line and I think I was in second at that point and I knew I had done what I needed to do.

“For the semi, it will be about doing a very similar thing, to have that real good flow in the water and just feel in control but pushing it at the same time,” the world championships debutant added about the tasks ahead.

Both Anderson and Pope have not raced internationally for three years and with only two years to go to the Paris 2024 Olympic Games, the strong performances are a promising sign of the depth of this team.

“It’s great to see all three of us get through. I’m really proud of the boys, they paddled so well at the world cups and in training and it’s great to all be in the semi-final,” dual Olympian Lucien Delfour said about the strong team showing.

It was the second day of racing in Augsburg, after the team events on Wednesday and the World Championships on the 1972 Olympic course once again impressed with a big crowd, including a couple of thousand school kids and an atmosphere all of the athletes cherished.

The Australian team will be back in action on Friday with the heats in the women’s and men’s canoe events, followed by the first semi-finals and finals in the WK1 and MK1 on Saturday.