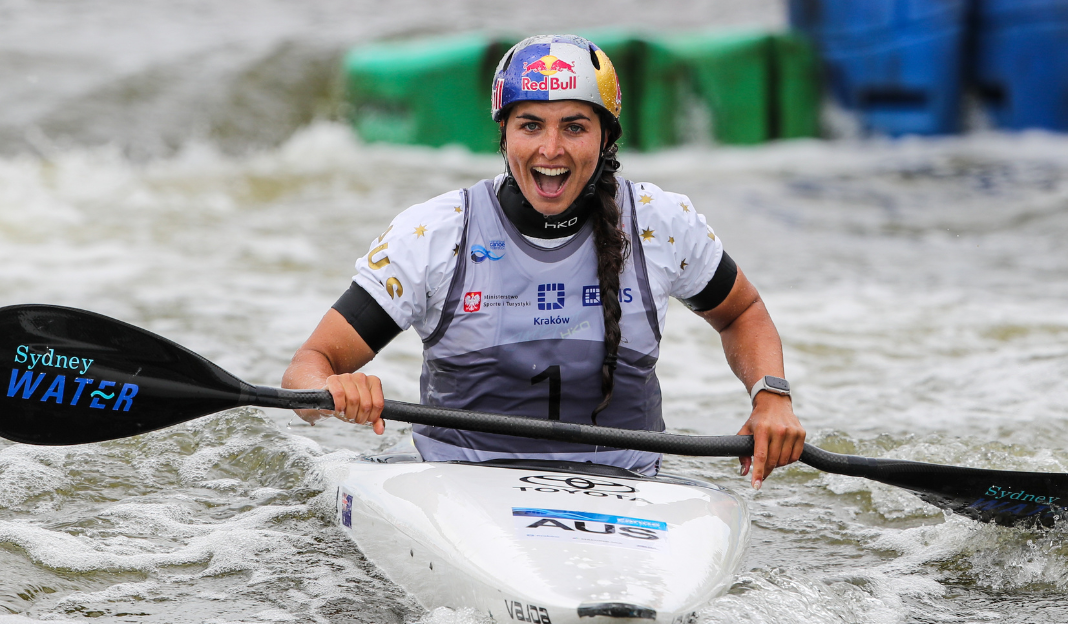 Olympic Champion Jess Fox has continued her impressive World Cup form to take back to back K1 crowns this time in Krakow, Poland overnight.

Overnight she again showed that on her best days she is a class above, finishing 2.58 seconds ahead of Czech Tereza Fiserova to repeat her win of seven days earlier in Prague. Czech Amalie Hilgertova rounded out the podium third. 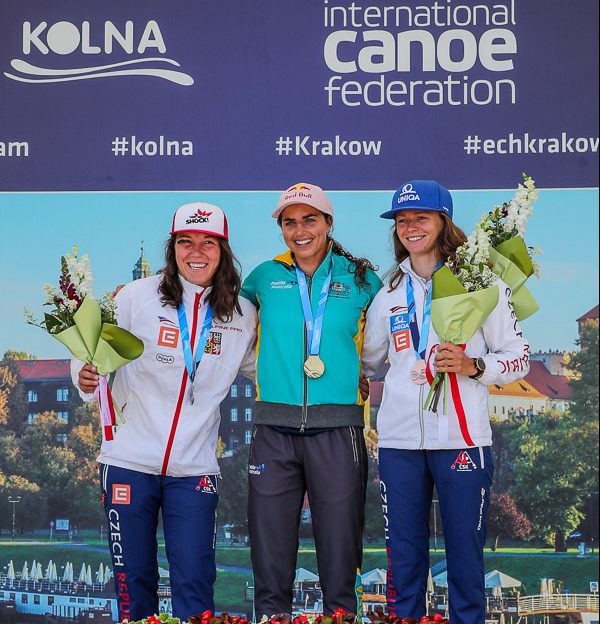 “Obviously two wins, it’s a great way to start the season, I’m really happy with the way I paddled in that final,” Fox said.

“It’s a very physical course, the water is kind of dead and slow in a lot of places, you’ve got to always be paddling to keep the speed on the boat. When I finished I would have been interested to see what my heart rate was, because I didn’t have much more in the tank.”

Fox has now emphatically answered the one question that was bugging her coming into the 2022 season – had she done enough work back in Australia to prepare for the world’s best on the demanding ICF slalom world cup circuit?

Adverse Sydney weather made it almost impossible to get onto the Penrith whitewater course during the summer. Most of the Australian team spent all their time training on flatwater.

But with back-to-back gold medals in the K1 at the first two world cups of the season, Fox can now sleep a little easier at night.

“There are always a few unknowns at the start of a season, and our preparation was a little bit different this time,” she said.

“But I think if the last few years have taught us anything, you’ve got to be adaptable.”

On Sunday the Aussies will compete in the C1 finals and the extreme slalom. Watch live via the Planet Canoe YouTube.