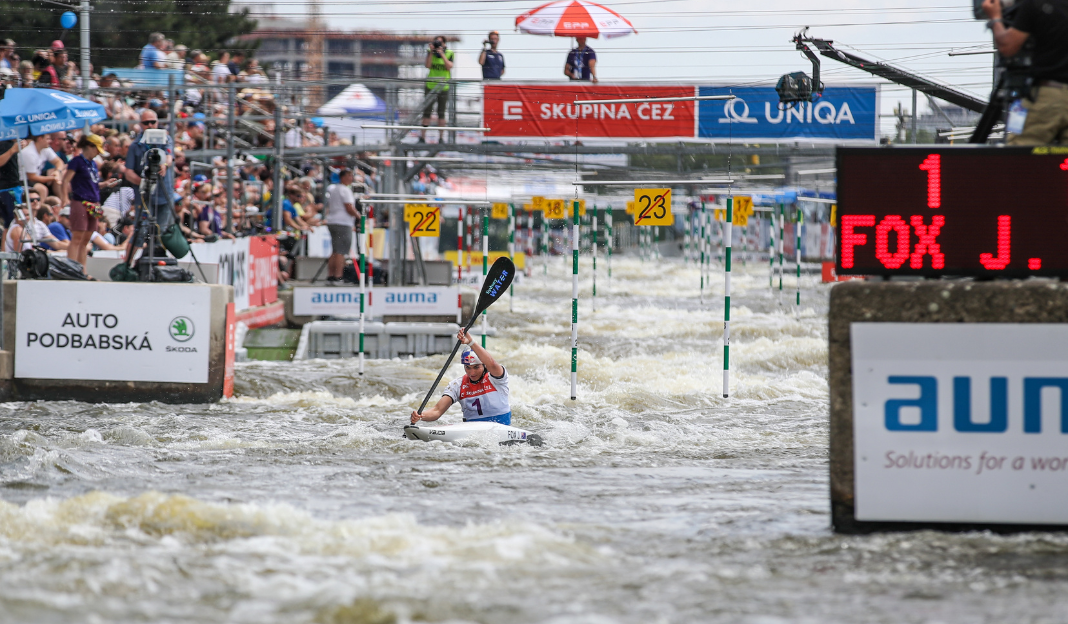 12 months ago, when Jessica Fox won C1 world cup gold in Prague, organisers presented her with a large birthday cake, which by all reports tasted very good and was consumed at almost the same speed in which the Olympic gold medalist can complete a slalom course.

There was no cake presentation on Saturday, which also happened to be her 28th birthday, after the Australian secured gold in the women’s K1. But she didn’t mind.

Perhaps Czech organisers are mindful of the fact Fox had an extreme slalom time trial to complete later in the day, and also women’s C1 and possibly extreme slalom finals on Sunday. No organiser wants to be seen to be potentially hindering the progress of an Olympic champion by stuffing them full of cake on race eve. 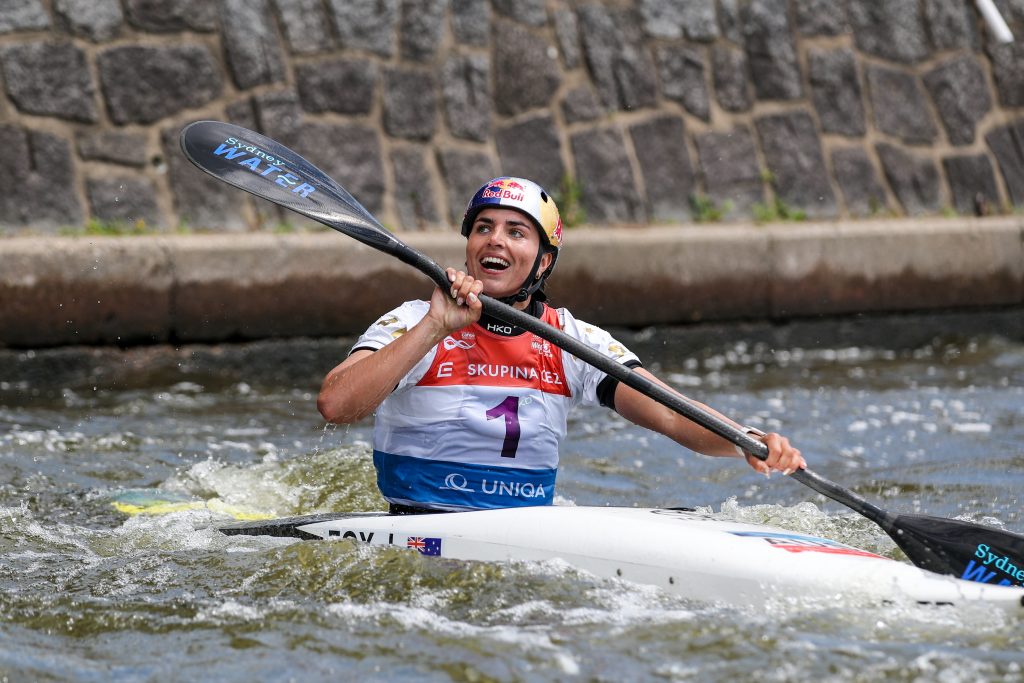 And anyway, even if the directive had been “let Fox eat cake”, it’s doubtful she would have had the energy to consume it. Fox was physically drained after picking up an early penalty on her final run, and then working overtime to try and make up for the two seconds.

“I told myself to have a good start, be safe, and straight away I smash gate two,” Fox said.

“From there I just had to try and lift and push, and I made a little mistake in the middle, but I had an excellent bottom and I really gave it everything at the finish line. And I’m still puffed.”

So why was Fox so determined to win in Prague? She protests it wasn’t because of the possibility of being rewarded with cake. But after missing gold in the K1 at the Tokyo Olympics, and then missing the final altogether at last year’s ICF world championships, she really wanted to get back to the top.

“It was challenging with the world championships, and with the Olympics winning bronze, but I won the overall world cup title last year in the kayak, so I knew it was there, I just had to pull it out in those runs,” the 36-time World Cup gold medallist said.

“To do that today was awesome, I felt really good and really happy with how I delivered after that early mistake.” 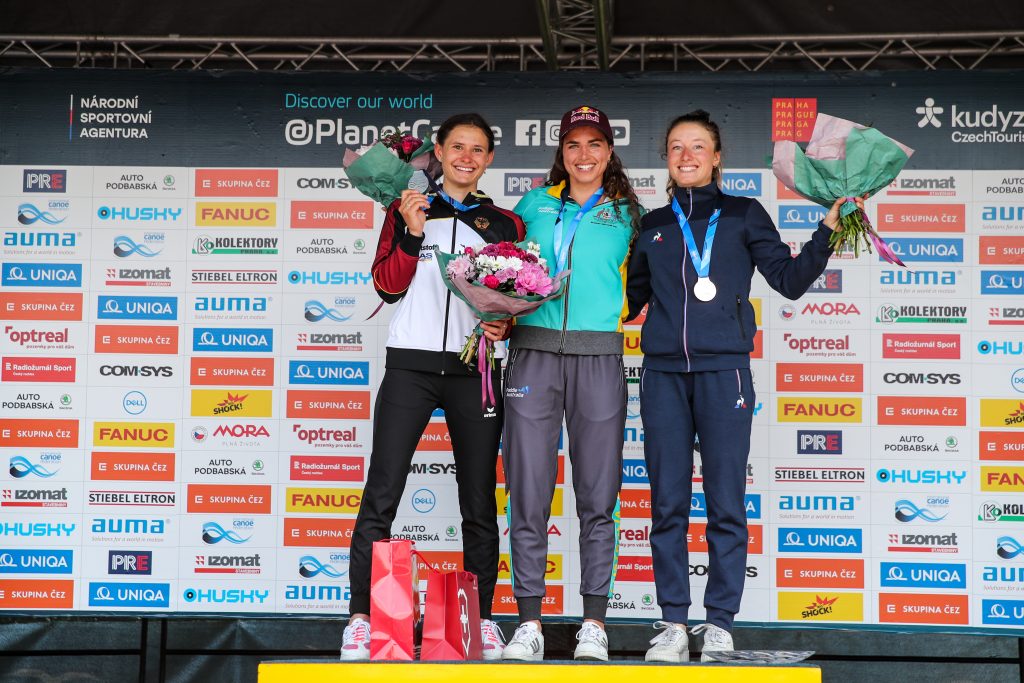 Reigning world champion Elena Lilik from Germany took the silver, with France’s Camille Prigent, one of only two athletes in the women’s final not to register a penalty, finished third.

In the Men’s K1 semifinals, Timothy Anderson was the top ranked Australian, finishing in 21st place. Dual Olympian Lucien Delfour wasn’t far behind in 35th and Ben Pope in 38th.

Sunday will see the C1 semi finals and finals, as well as the heats and finals in the new Olympic discipline for Paris 2024, the Extreme Kayak.

For the schedule, results and the live stream, head to canoeicf.com