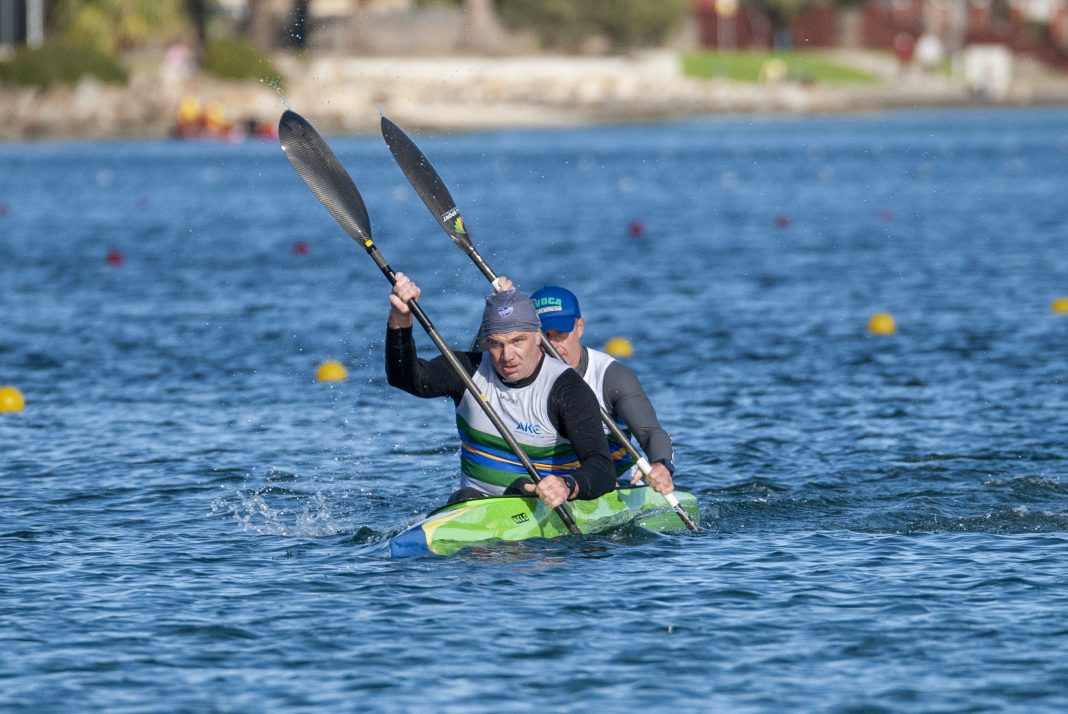 State glory was on the line on the final day of the 2022 PA Canoe Sprint Championships, with the crowd favourite state versus state K4 races rounding out the five day competition.

225 competitors went head-to-head across more than 290 races at West Lakes in Adelaide for the 2022 edition of the Championships.

The Victorian Men’s K4 crew took out the Open State vs State title, with NSW taking out the Open Women’s title.

Jemma Smith was part of the winning crew, and said it was a great way to finish off the regatta.

“It’s such an awesome way to finish the Nationals regatta, I think it’s a really cool tradition,” Smith said.

“To see the under 18s race before you just spurs you on and o take the win with these girls is a really great way to end a great week – it’s been heaps of fun.

“It’s such a huge honour to be here and there’s so many paddlers that have come from right across Australia to be here and it’s always special to don the blue and do it for New South Wales.

“I’ve had some good races which I’ve been happy with, but it’s been a long season so I’m looking forward to a little bit of down time and recovery now as well,” she said.

Having started in his new role of Performance Pathways Lead (Sprint) earlier this year, Olympic gold medalist Ken Wallace has enjoyed the week in Adelaide working with the next generation of paddling athletes.

“My new role at Paddle Australia as the Performance Pathways Lead is an amazing opportunity for me to put the last 20 years of knowledge in our sport back into helping the next generation,” Wallace said.

“Having come through the pathway myself as an athlete is ultimately now helping me to talk to the kids on a level that they understand, and that I can understand too.

“It’s been so great to be in Adelaide and see so many young kids racing and loving the sport that I also love so much.

“So to get some international racing experience for these kids – they’ll love it,” he said.

That concludes the 2022 PA Canoe Sprint Championships, relive all the action on the Paddle Australia Facebook Page.