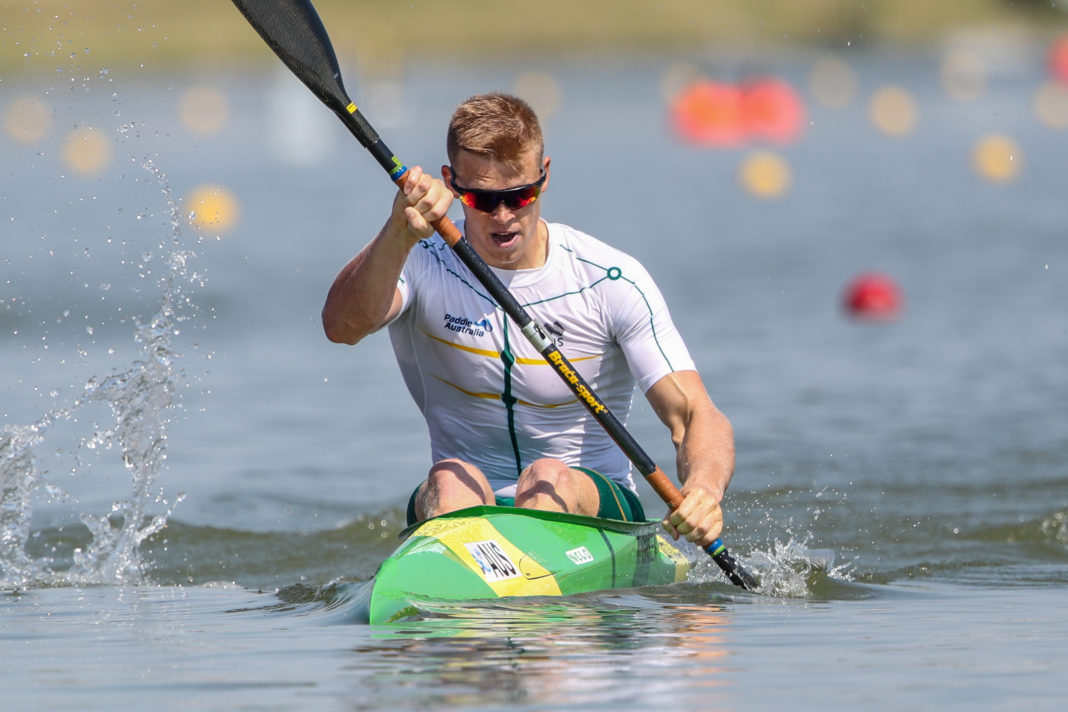 The first Canoe Sprint international competition for the season kicks off in Racice, Czech Republic, this weekend with 12 Aussies set to line up for the three day event.

More than 500 athletes from 50 countries and five continents have entered the World Cup, and for some countries including Australia, it will be their first major international competition, outside the Olympics, since the beginning of the COVID pandemic.

Having won gold in their first international regatta as a team, Tokyo Olympic champions Tom Green and Jean van der Westhuyzen will headline the 12-strong Australian team which will compete this weekend.

Van der Westhuyzen will have a busy race program, which includes the K4 500, K1 1000 and K2 500 – where he and Green are hoping to continue their golden run.

“Our training camp in Hungary was great! We had good warm weather while it was cold and windy on the coast,” van der Westhuyzen said.

“The last time I raced was at the Olympics so it’s been a while between races.

“But I just love racing and can’t wait to get on the start line this weekend and see where we are at during World Cup 1,” he said.

The women have spent the last 10 days preparing in a training camp in Varese, Italy, an experience which Steinepreis said has offered many learnings.

“We were so fortunate in Italy to have had the most amazing weather and conditions over the last 10 days,” Steinepreis said.

“The training itself was short, with such a small camp, but the intensity and learnings were huge for us all.

“We did 100km over the week with many sessions done in our team boats – it was focused when it needed to be but also many laughs were had,” she said.

Western Australian Steinepreis also said she is looking forward to the challenges that this weekend is set to bring.

“I am looking forward to seeing where we are at in the big scheme of things,” Steinepreis said.

“It’s been difficult in our COVID bubble to gain the race experience and learnings that come from international tours so we are really excited to see the growth from this weekend.

“I am mostly looking forward to the K4 as I just love the feeling of getting that boat to go fast but also I feel privileged to have the opportunity to race the K1 as well,” she said.

The three-day world cup begins on Friday and ends with the popular 5000 metre races on Sunday afternoon. CLICK HERE for full event details.