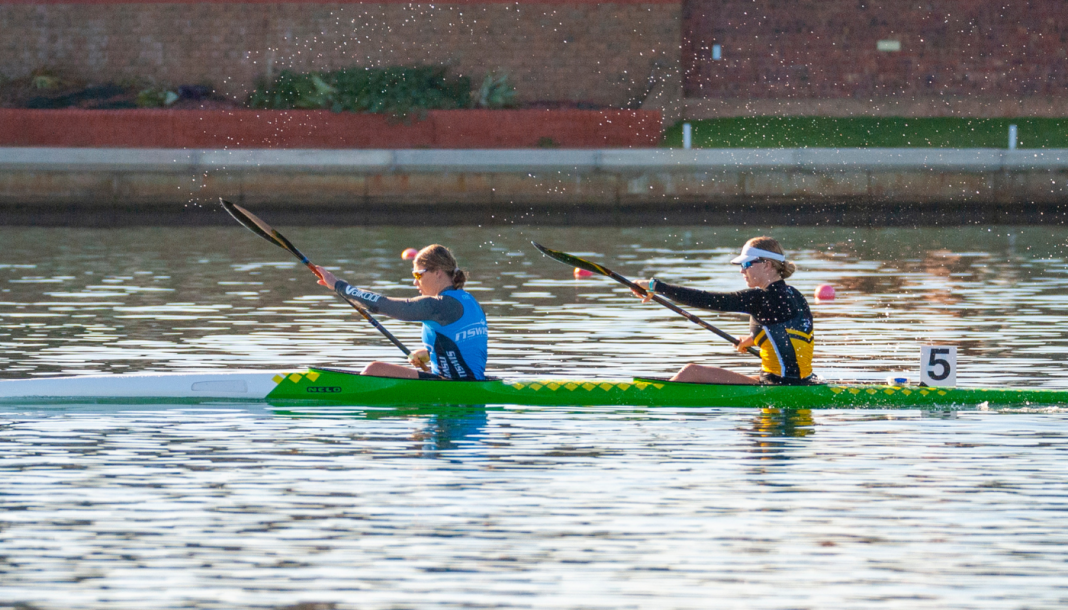 Returning to South Australia for the second consecutive year, the national Canoe Sprint Championships has brought together the paddling community with competitors and volunteers from across the country taking part.

Among the junior stars making their mark is 15-year-old Belle McBennett who won the 16&U Women’s K1 500.

The former gymnast turned kayaker, who hails from Bayswater in Western Australia, is making the most of her second Canoe Sprint Championships.

“I went to sprint nationals last year but I was very new to kayaking, I’d only been kayaking for six months. But I’ve worked really hard over the last year and it’s really paid off.

“Last year I was hoping to get into any final… but this year I went and won the K1 500, I couldn’t be happier,” she said.

Sustaining an elbow injury that halted her gymnastics aspirations, McBennett was picked up as part of the WAIS Talent ID program and saw her athleticism as a good fit in kayaking.

“I got into paddling because there was a talent identification opportunity, I wasn’t trying to get into kayaking but they placed me there so I thought, yeah I’ll give it a go.

“I did gymnastics for seven years, training at WAIS, which was really competitive and in a high performance [environment].

“We were going to compete at the national championships, but I hurt my elbow which set me back and I was out of competing for about two years. When I tried to go back it just wasn’t the same.

“But now I’m a kayaker and I enjoy it a lot. It’s completely opposite to gymnastics, but it’s nice. What I really  like is the people and the environment… you get to spend every morning on the water which is nice,” she said.

It was another big program on the water today with 39 finals held across the various age groups and events.

Competition will resume tomorrow, as more than 220 athletes aged 12 to 55+ take part.