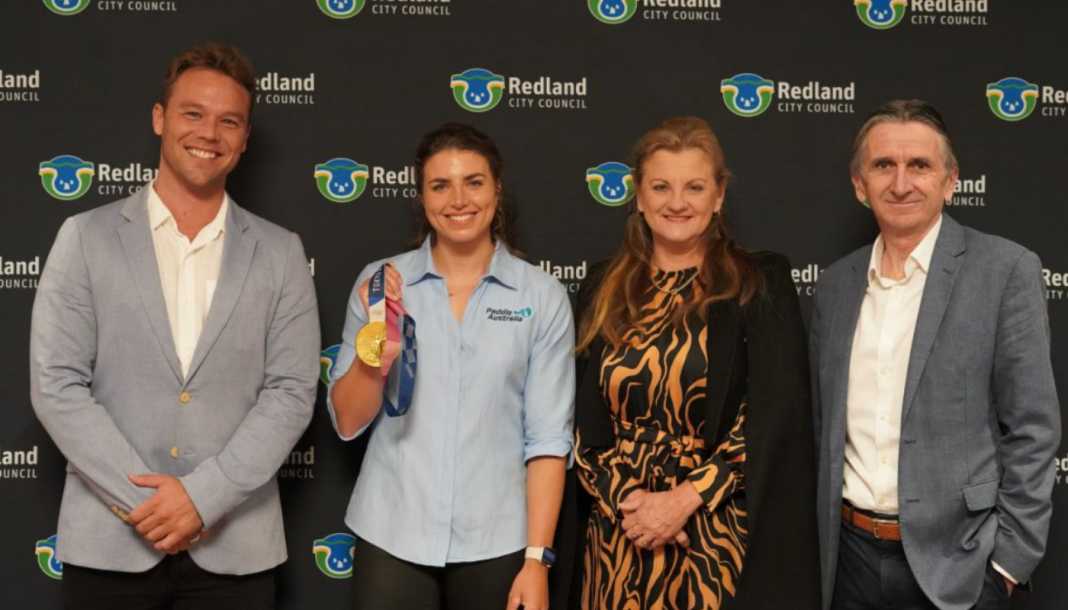 It comes during the same week that the Draft Birkdale Community Precinct (BCP) Master Plan was unveiled, which outlines an exciting concept for the 62-hectare site on Old Cleveland Road East at Birkdale over the next two decades [click here for more].

Cr Williams said the International Olympic Committee (IOC) recognised ‘legacy’ as a vital component of the Brisbane 2032 Olympics and Paralympics to deliver lasting benefits for people and communities across South-East Queensland.

“It will be one of the largest community spaces in South-East Queensland, and will include a Southbank-style public lagoon that the community has been asking for over many years,” Cr Williams said.

“It will also include restoration of the heritage-listed Willards Farmhouse and outbuildings, the heritage-listed former World War II Radio Receiving Station and the Redlands Whitewater Centre, which will be a host venue during the Brisbane 2032 Olympic and Paralympic Games, as well as a host of entertainment and recreational facilities.

“Redland City Council has been a proud partner on the Olympic and Paralympic journey since the Council of Mayors (SEQ) began exploring the opportunity to bring the Games to Queensland in 2015.

“The Redlands Coast 2032 Legacy Working Group will leverage the enthusiasm and passion of our community to identify and deliver the exciting legacy opportunities set to flow from the Brisbane 2032 Olympics and Paralympics,” she said.

Triple Olympian Jess Fox said creating a legacy in the lead up to and after an Olympics was a vital component of keeping the Games spirit as well as building and harnessing community spirit.

“I consider myself a product of the legacy of the Sydney 2000 Olympics – I was fortunate to grow up with the Penrith Whitewater Stadium at my fingertips, which has provided a world-class venue to train at on my journey to three Olympic Games,” Jess said.

“For me, it’s been a case of ‘you can be what you can see’ and I have enjoyed living close to a high performance facility over the past 20-plus years that has helped generate Olympic dreams for aspiring athletes from around the world.

“I’m excited about the future of our sport and the next generation. The ‘legacy first’ approach for the new world-class Redland Whitewater Centre, being included as part of a versatile and integrated Birkdale Community Precinct, will offer so much opportunity to not only elite athletes like me but for children, emergency services organisations for swift water rescue training and the community.”

Paddle Australia CEO, Phil Jones, said today’s announcement for the Redlands Coast 2032 Legacy Working Group is showcasing already how communities are looking at the lasting legacy that Brisbane 2032 will create for not only sport, but the broader community.

“The great opportunity with having Brisbane 2032 secured as part of a 10 year runway, is that facilities like the Canoe Slalom whitewater stadium will be completed in the next three to four years which means there will be huge opportunities to host international athletes as well offer Australian athletes the chance to train and enjoy Olympic level venues.

“The venue that Redland City Council has unveiled, as part of the Birkdale Community Precinct, is about creating a meaningful legacy. The Olympic venue will be one of seven hubs, connecting the local community to the Olympic journey.

“By having another Slalom venue here in Redland City Council, it will double the facilities in Australia meaning people who want to try slalom paddling will have a greater opportunity to do so, meaning more people giving our sport a go,” said Jones.