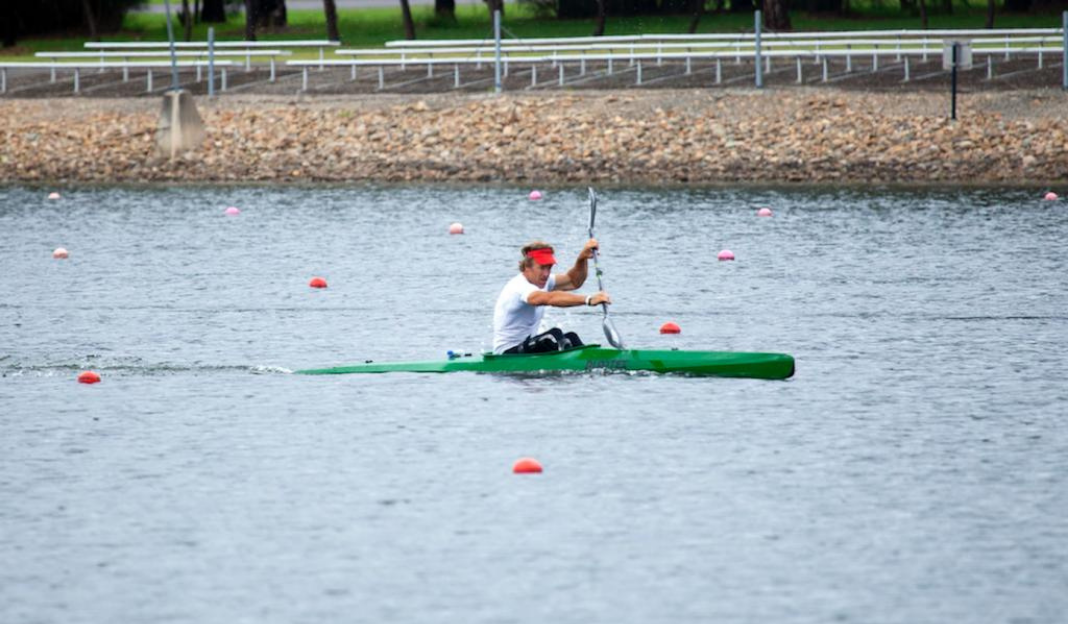 Dual Paralympian John Maclean has today been named as part of the Australian Paracanoe Team ahead of the 2022 international season.

Maclean has represented his country at Olympic and Paralympic games, winner of a Silver medal rowing in Beijing in 2008. He has competed in over seven different sporting disciplines including triathlon, long distance swimming, rowing, paddling, wheelchair racing, hand-cycling and basketball.

A long time paddler, Maclean is excited to receive his classification to allow him to compete in Paracanoe.

“I had my accident back in 1988 when I was training for a triathlon and hit by a truck. I did sport before my accident, and afterwards my best buddy got me into paddling.

“The first thing we did was get a TK2, and he said that we were going to do the Hawkesbury Classic which is 111km – and that’s how I started off with paddling.

“And now all these years later, with Paracanoe in the Paralympics, I wondered how I would go against the good guys. So I’m about to find that out.

“There is something that I love about being on the water, and being free. There’s no wheelchairs, there’s no crutches, it’s just you and the boat.

“I’m loving being back in a kayak, and I’m loving the opportunity to see if I can improve,” said Maclean.

“I set myself a challenge for this year, and the challenge was let’s try, and let’s see what trying looks like… and I thought wouldn’t it be amazing to have the opportunity to represent my country again.

“That was the goal to work towards, and the good news is that it appears that’s what’s unfolding.

“I’ll find out in Poznan, and if I’m lucky enough to race at the World Championships, of where I currently sit.

“I’m looking forward to continuing to improve, and if that does open up the door to be a part of the Paralympics again then that would be a tremendous honour but I think right now I’m focusing on my first stroke before I think about my second.

“This is my fifth time to represent the country, but it’s also a new sport. I’m a student, I’m learning as I go. There’s always a line in the sand, and I guess you could say Usain Bolt got to his line, but many people don’t. I’m just trying to get to my line, and to see if I can continue to improve. And if I can, then that’s another step in the right direction,” he said.

“To have someone of John’s motivation and commitment as part of our Paracanoe squad. His experience competing at the highest level of sport is invaluable and he will be a great addition as he is an inspiration to all Australians.

“Sport has always played such a big role in John’s life, keeping very active and he’s always had a love of paddling.

“I’m looking forward to working with John and welcoming him to our Australian team,” he said.

To find out more about John Maclean, head to johnmaclean.com.au