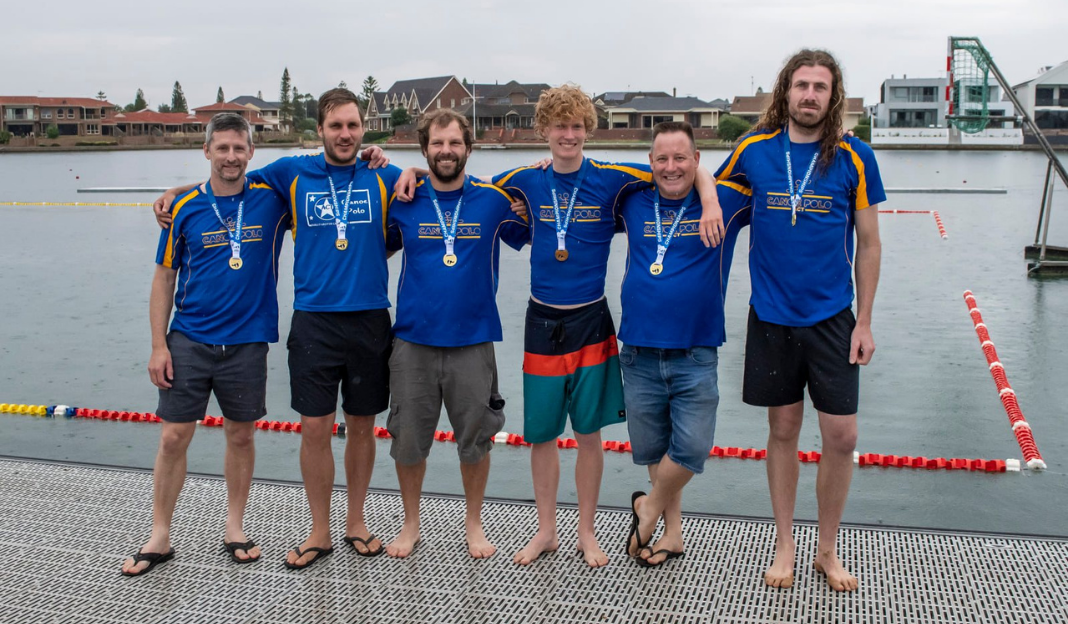 The Paddle Australia 2022 Canoe Polo Championships were held over the weekend at the West Lakes Regatta Centre in Adelaide.

It was the first time since 2019 that the Australian canoe polo community were able to all come together for a weekend of polo action.

More than 90 competitors across all age groups from South Australia, Queensland, ACT and New South Wales congregated in Adelaide, with the Open, Mixed and Under-18 divisions battling for the national title. In a repeat of the 2019 Nationals, it was Queensland who took home the State Trophy for the best performing state team at the championships.

In the Men’s Open division it was a historic gold for ACT, with QLD A in silver and SA in bronze.

“I’m over the moon because I’ve never won the national title before so it really means a lot because I’ve been playing for 22 years and this is the first year I’ve won,” said ACT’s Michael Lawrence-Taylor.

“It has been really challenging coming out of this COVID lockdown and not having had competitions and connections with other states.

“However I think what’s been really good in the ACT is that we’ve been able to train as a community and I think that community-level sport has really kept us thriving, to then be able to come to these competitions and play well,” he said.

In the Mixed division, the QLD Women’s Team placed first, ahead of SA Women in second and ACT Women in third

“We’ve had a pretty successful weekend with only one loss and finished nice and strong in the final. Winning gold feels very nice,” said QLD’s Alana Pacholke, who has been on the Australian women’s national team since 2017.

The veteran said it’s been fantastic to get back together with the national canoe polo community and to see the sport grow.

“I love this sport for how tactical it is, it’s almost like chess where you have to be in the right place at the right time, while also thinking about the game more broadly.

“Developing our women’s squad is a big focus for me. We’ve only just started coming together as a squad, and my focus is to keep diversifying our skills set, growing as a community and growing as a club,” Pacholke said.

The U18s national title went to the SA U18 team, with the QLD U18 Men in second and QLD U18 women in third.