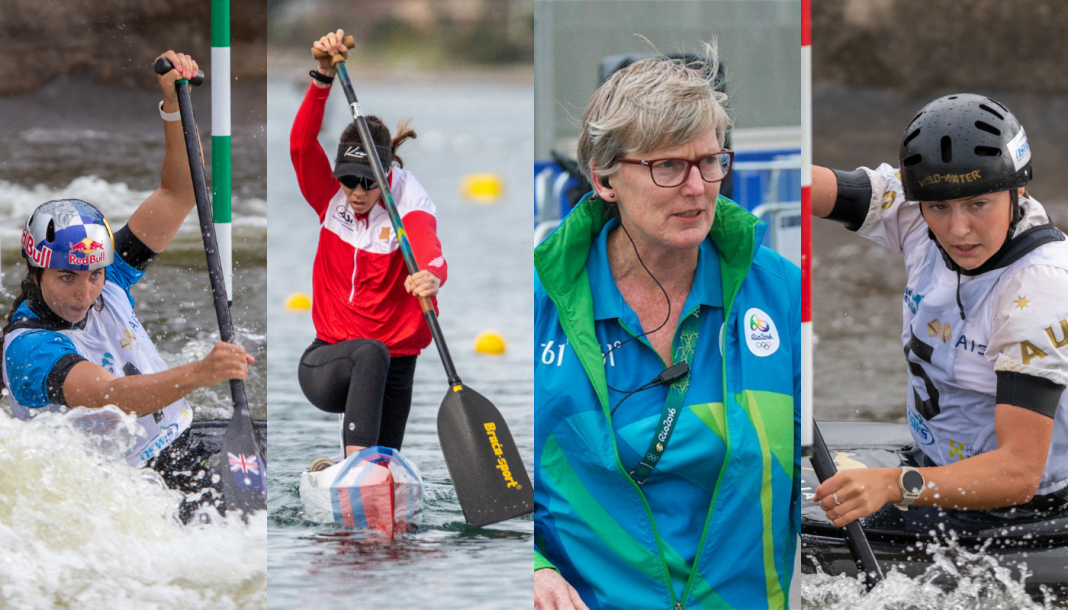 Today, Tuesday 8 March, Paddle Australia is celebrating International Women’s Day and all the incredible women that are involved in paddle sports, both past and present.

The theme for the 2022 International Women’s Day is Break the Bias – individually we’re all responsible for our own thoughts and actions, but together we can break the bias.

In Tokyo last year, our Australians were at the forefront of a reward that was many years in the making – the inclusion of women’s canoeing on the Olympic program in both Sprint and Slalom. 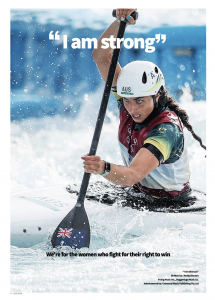 But before Jess Fox’s iconic golden moment in Tokyo, there were many years of hard work by the athletes, coaches, administrators and volunteers in the sport to get to that point.

Australian ICF Official Sue Natoli has been part of the battle from the start, since the early 2000s, to get women’s canoeing on the international competition program for World Cup and World Championships events.

“I think battle is the right word, because there was so much opposition internationally at the administration and team levels,” Natoli said.

“In 2007, Australia was instrumental in pushing to have women’s canoeing on the international program, and that was an exciting time for me because it was when I first started being involved on the ICF Technical Committee and I could push the views of Australia.

“But we still knew if it wasn’t included on the Olympic program, the sport wasn’t going to be taken seriously, so we kept fighting.

“In 2010, the International Olympic Committee wanted gender equity at the Youth Olympic Games in Singapore, and women’s canoeing was included. For it to finally be included on the Olympic programme in Tokyo was the ultimate reward,” she said.

Natoli was an official at the Tokyo Olympic Games, and was overcome with emotion when the first women’s canoe event took place.

“For all of us who had been there for the whole journey, from the idea many years ago to the final realisation in Tokyo, was amazing.” she said.

“Not only to see the women paddling so strongly, but to disprove everyone along the way who thought this would never happen.

“To top it off and to see Jess (Fox) win was mind blowing and so amazing – I was overcome with emotion as were my peers on the international committee.

“And I think it was extra special for Australian women, and in particular those women before Jess like Helen Brownlee, Danielle Woodward and Ros Lawrence just to name a few.

“This sport has such a rich history, and we have always paved the way for women’s canoeing here in Australia – it’s been included on our nationals program since the mid 90s,” she said.

In Tokyo, Jess Fox became the first ever Olympic gold medallist in women’s canoe. Being a part of that inaugural group of women is something she is forever grateful for and will never forget.

“I think it’s what made Tokyo so special, was being part of that first group of women to represent their country in canoeing at an Olympic Games,” Fox said.

“It was the first time we had gender equality in our sport at the Olympics, and it was a long time coming.

“Before the Opening Ceremony, we all got together, all the girls, and took a photo in front of the rings and that was such a special moment.

“But I think it really hit me when I was warming up for the canoe final. I was down in the bottom pond and hearing the times of the other girls and I remember thinking “I’m so, so proud that the girls are putting on a good competition, we’re out here putting down good runs and showing the world how good women’s canoeing is“.”

Having been part of the moment that finally broke the bias, Fox credited the support around her for being able to achieve the ultimate result.

“For me personally, it was people like my mum (Myriam Fox), dad (Richard Fox), Helen Brownlee, Sue Natoli and Mike Druce.

“Mike (former National Coach) was one of the first people I FaceTimed, after dad of course, when I won the gold – it was really important for me to show him that we had done it, and he had been so important to me getting there.

“But I think it’s also important to note that as Australians, we had that support the whole way along of women being equal.

“We were fortunate to have the support of Paddle Australia (Australian Canoeing at the time), the coaches and the team – they had the vision and understanding that women’s canoeing being included on the program had to happen.

“When it was announced that it was included, we were lucky that we already had access to competitions and training environments, when so many other women didn’t.

“It was amazing to have that support and I really appreciated the fact that we were supported, when so many weren’t.

“I think what also makes me proud is that now, the women’s canoe paddlers are inspiring the men, we’re challenging the men.

“The switching technique is one that we’ve used for about 10 years now, and the guys are starting to use it and take inspiration from us.

“I love our sport, and I think one of the things I love most now is that no matter what happens after this time, juniors coming through the sport can focus on just being athletes – they don’t have to fight for their right to be on the start line like we did,” she said.

Sharing a similar moment to Fox was Tokyo Olympian Bernadette Wallace, who was part of the first women’s C1 and C2 Sprint races in Tokyo.

“Those races in Tokyo were the way they should have always been – equal! But also a celebration of the hard work that the paddlers before me had done to finally get canoe onto the Olympic programme,” Wallace said.

“I am so grateful for those women who continued to do the sport for the love of it, when it wasn’t an Olympic discipline.

“That was a great moment not only for women in paddlesports, but women in sport in general,’ Wallace said.

But it’s the work she’s now doing outside of the canoe, as a juniors coach, where she hopes to make the biggest difference.

“I’ve always tried to give back and share knowledge throughout my career as an athlete, but now I’ve got more time on my hands to try to encourage the next generation of canoeists,” Wallace said.

“In Adelaide we have seen so many juniors take up canoeing as a result of Josie [Bulmer] and I qualifying for Tokyo. It’s one of those moments of ‘if you can see it, you can dream it’.

“I think the best part is that these young paddlers don’t even see the line, the gender comparison and difference that has separated this sport in the past.

“Anyone who wants to start in the sport, no matter what age, gender or ability can get in a boat,” she said.

As part of the Australian Institute of Sport’s Accelerate Program, Wallace is relishing the opportunity to learn from the best.

“I’m really enjoying the AIS Accelerate program, and at the moment we’re working on what leadership looks like in the future.

“In this program I get to work with some absolute legends of Australian sport, and the best part is they are all women.

“If all of these women end up in leadership roles in sport in the future, then I think we’re all going to be in safe hands.

“I can’t wait for the day where being male or female doesn’t define you, it’s about treating people as humans first and that in itself is exciting,” she said.

As someone who is now reaping the rewards of those who came before her, junior slalom paddler Sophie Wilson loves that she is able to break boundaries through sport.

“When I got involved in canoe slalom, I didn’t even really know what the sport was,” Wilson said.

“I feel extremely lucky and it’s super exciting knowing that as women now we can pursue our Olympic dreams in both the canoe and the kayak.

“I love challenging myself between the two disciplines, it teaches you to be adaptable and I love that we are encouraged to give both the canoe and kayak a go,” she said.

Wilson also feels fortunate that she is able to train and compete alongside some of sport’s strongest female role models.

“It’s so amazing for me getting to train alongside Jess (Fox), and not just to be able to train next to her, but learn from her and see how she looks on the water.

“I’m so lucky to be able to train with her, and be coached by Myriam (Fox) at the same time now – I’ve learnt so much from them,” she said.