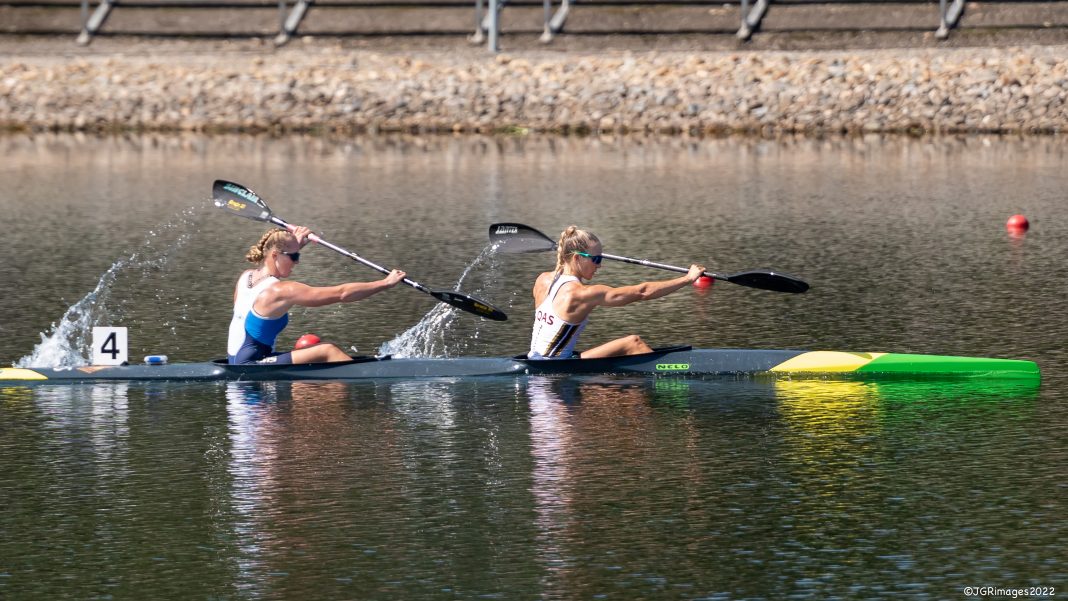 All eyes were on the K2 500 races, with selection to the national team up for grabs.

In the first Open final of the day, Tokyo Olympic gold medalist Tom Green teamed up with Western Australia’s Lachlan Armstrong to claim the win.

Armstrong said he was grateful for the opportunity to race with Green, and proud to get the win as a team.

“That was unreal, I had a great time out there. A few late withdrawals through a spanner in the works with partners, so Tommy (Green) and I came together yesterday,” Armstrong said.

“We spent a bit of time in the boat, and I’m just very grateful to have been partnered with Tom.

“It was unreal paddling with Tom, I couldn’t have asked for a better partner. He definitely made it as easy as possible for me, so I’m very grateful,” he said.

For Green, it was the pure enjoyment of being back in the K2 boat for the first time since he won gold in Tokyo with partner Jean van der Westhuyzen.

“Different partner, and different position too for me just then in the K2,” Green said.

“It felt good to be back in the front, I felt a bit more in control, and I could try and do what Jean does for me.

“I really have learnt a lot from Jean, and I just tried to put that into action here,” he said.

It was pretty hot and flat, but I knew if we stuck to the race plan we’d put something good together,” Sinclair said.

“Aly really set us up nicely, so it was good to be able to bring it home together. It gives us a bit of confidence, and is really reassuring going into the rest of the weekend.

“It’s put us in a really good position for selection, and we’re really stoked about that,” she said.

Sinclair and Clarke have both recently relocated to the Gold Coast, where they are currently based at the National Centre of Excellence.

“It’s such a great experience – we both came into the sport quite late and coming in late you feel like you have to play catch up,” Clarke said.

“Getting access to all the great coaching and great staff, they’ve really made such a difference and helped me with my paddling,” she said.

“It’s set us up in a really good position – I’ve only been up there for a month now but I can definitely see how in the future things are coming together nicely,” Sinclair said.

“It’s really exciting, there’s a good group of girls up there and we’re all working hard together,” she said.

Racing will continue tomorrow with the 200 and 1000 distance events. For full results and the latest draws CLICK HERE