Home General FINALS WON AND DONE ON FIRST DAY OF COMPETITION AT 2022 PA... 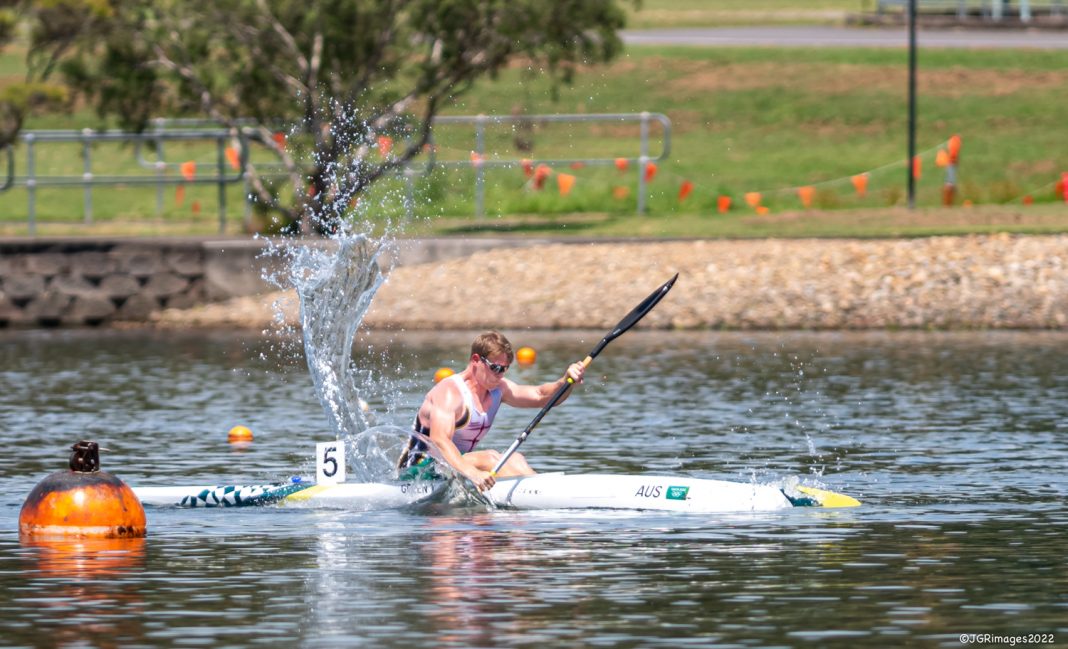 With U23 and Senior National team selection up for grabs, athletes put it all on the line on what was a hot and sunny day at Penrith’s Sydney International Regatta Centre.

In the first A Final of the day, the men’s K1 500, it was Tokyo Olympic gold medalist Tom Green who finished in first place.

Having not raced competitively since the Tokyo Olympics, Green said it was good to just be back on the start line.

“It was a pretty tough hit out – it’s pretty hot and dry out there. But it was a good one to get back into the season,” Green said.

“Not a lot has changed for me since Tokyo, I came home with a lot of goals that I want to tick off in the lead up to Paris.

“It’s a condensed cycle, it’s only three years and there’s so many things I want to work on not only in my individual races but also in the K2.

“It’s always nice to push the limits and push myself as hard as I can, to get the quickest time possible at every regatta, and at every distance.

“Even though the K1 500 isn’t an Olympic distance, it’s still a good way to measure yourself, your speed and your endurance. And it’s always good to get a win,” he said.

In the women’s K1 500, it was dual Olympian Aly Bull who managed to cross the line in first, ahead of Ella Beere (Avoca) in second, and Alexandra Clarke (Sunshine Coast) in third.

Having recently finished 5th overall in the Nutri-Grain IronWoman Series, Bull said she was enjoying being back in the kayak.

“It’s super nice to be back racing in the kayak – I think it was actually timely,” Bull said.

“I was really starting to get the itch to get back in the kayak a bit more consistently, and to get out here and race all the girls is great.

“It’s nice to see how much hard work you put in, and what you can get out of it,” she said.

Looking ahead to the rest of the program, Bull said it’s going to be a change for her racing without her K2 partner, and dual Olympian, Alyce Wood who announced her pregnancy recently with husband, and fellow dual Olympian, Jordan Wood.

“I think she’s getting sick of talking to me on the phone already,” Bull joked.

“I do miss her here, and the atmosphere misses her – she’s a big personality and to not have her around, I’m trying to fill her boots in terms of her leadership ways.

“I just hope that the girls are happy with me steering them on a good path, the way Alyce would have,” she said.

“It’s so great to be back racing – we haven’t had a race for over a year now, so it’s really nice to get back out on the water.

“You can do a lot of simulations in training but it just never feels the same as an actual race.

“It’s good to get the fitness in training, but then be able to put it all together in a race like that,” he said.

Racing will return to Sydney International Regatta Centre tomorrow from 8am AEDT. CLICK HERE for the latest draws and results.