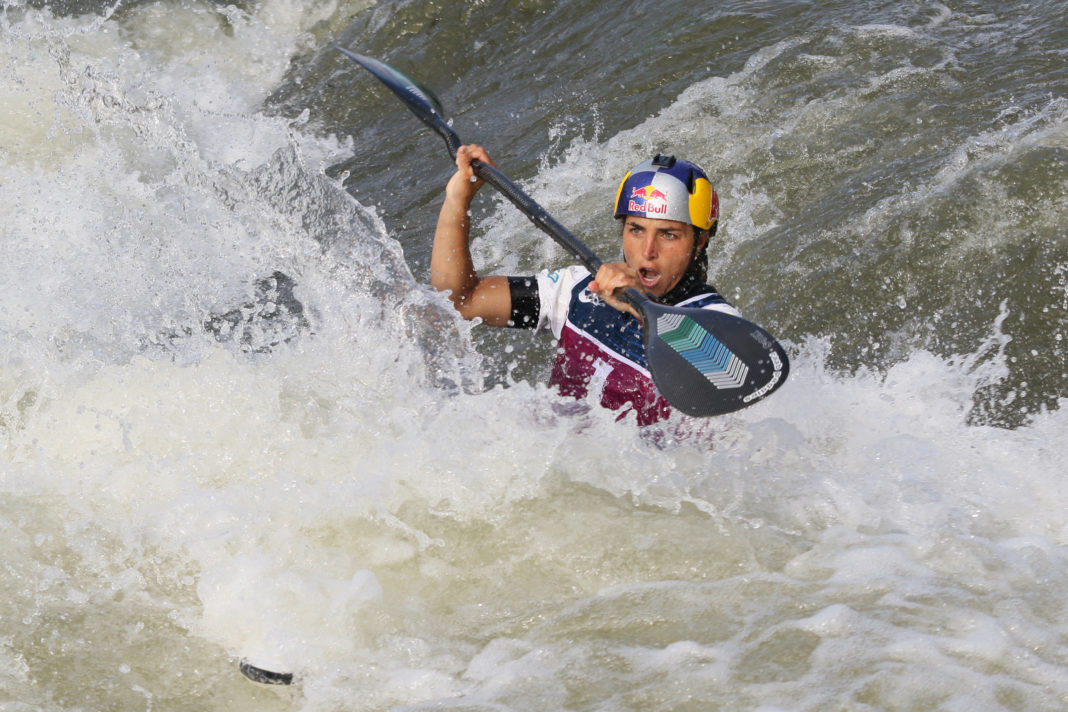 The pathway to Paris starts this weekend for Australia’s canoe slalom athletes, with the 2022 ICF Oceania Canoe Slalom Championships to be held at  Penrith Whitewater Stadium for an action packed three days of competition.

Tokyo Olympic gold medalist and world champion Jessica Fox will headline the competition, and is set to compete on home soil for the first time in almost 12 months.

Fox had a sensational run in 2021 where she won Olympic gold and bronze, as well as the  World Championship crown  in Extreme Slalom, a discipline set to  make its debut on the Olympic program in Paris 2024 and will feature as part of this weekend’s racing.

She’ll be joined by Tokyo teammate and dual Olympian Lucien Delfour who will contest the men’s kayak event, as both set their sights firmly on another Olympic Games in Paris 2024.

Delfour made his first Olympic final in Tokyo, and put down some impressive times during the World Championships, and will be looking to go from strength to strength in the 2022 season.

With the Championships also doubling as a selection event, the next generation of paddlers will also be vying for a spot on the national teams.

Penrith’s Sophie Wilson will be one to watch out for, as one of the junior paddlers who is starting to push her way into the senior ranks.

Also in the women’s competition, Sarah Crosbee (from Victoria) will be looking to continue her strong form from the 2022 PA Canoe Slalom Age Championships.

Victorians Ben Ross  and Mark Crosbee will be looking forward to the return of national competitions after missing the last two years due to the ongoing COVID-19 pandemic.

In the men’s ranks they’ll be joined by Western Australia’s George Pankhurst, Tasmania’s Hamish Dalziel and Penrith’s Dominic Curtin as the ones to watch.