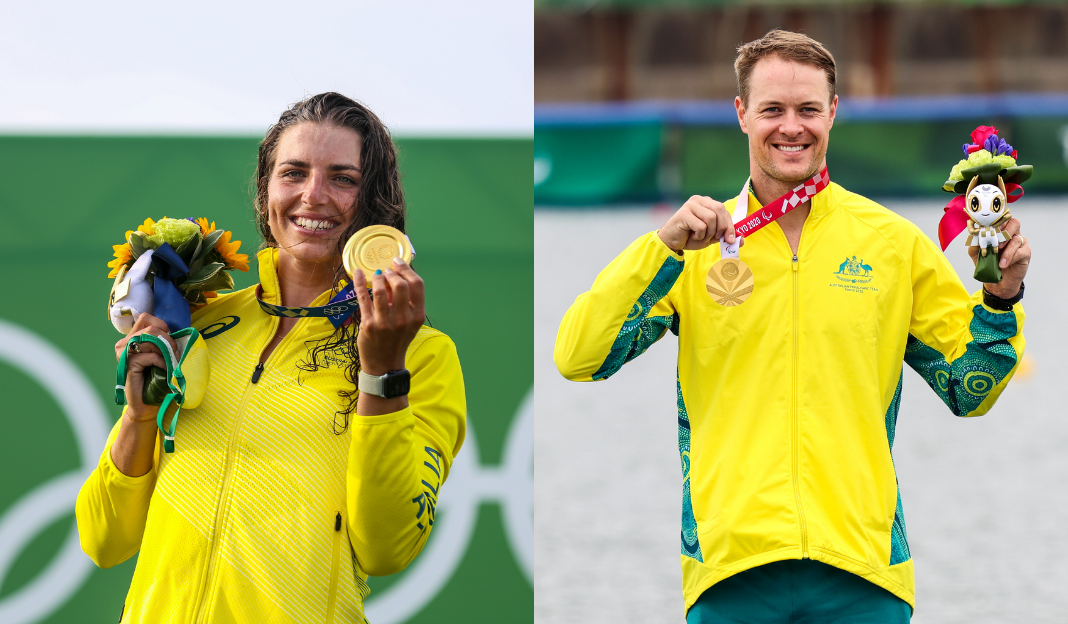 The duo were the stand out paddlers during the last 12 months, with Fox also picking up the NSWIS Female Athlete of the Year and McGrath winning the 2021 QSport Athlete with a Disability Award.

For Fox, she was finally able to achieve her life’s goal of winning an Olympic Gold medal when she made history as the first female to win the Women’s C1 at the Tokyo Games.

Her dual medal haul in Tokyo was then followed up with the World Championship title in Extreme Slalom (set to feature at the Paris Olympics) as well as being crowned the World Cup champion in kayak.

Recently returned home to Australia, Fox is taking the opportunity to let her 2021 achievements it all sink in.

“It’s been an incredible 12 months. To come away with two Olympic medals and obviously the title in the women’s C1, was very special,” said Fox.

“Although it was a long season, and quite a unique season because we’ve never had a World Championships, World Cup season and the Olympics in the same year… to come away with a major title at each event is actually really cool and I never would have predicted that at the start of the year.”

Many Australians were glued to their televisions, listening to her father Richard call her C1 gold medal run, and for Fox, it was one incredible moment.

“It had been such a big build up to the Olympics and especially after the kayak event it was obviously a very big build up of emotions, dealing with expectations and pressure. To turn it around and come out to perform at my best in an Olympic final, it’s all I could have hoped for and guess what I’ve trained for my whole career. It was a dream come true moment,” she said.

Fox’s impressive Tokyo performance was then backed up by her teammate McGrath at the Paralympic Games.

McGrath in ways had a similar program to Fox, with the introduction of a new discipline the Va’a meaning there were two medals on offer.

While defending his Rio gold medal in the K2 was a big focus for McGrath, he started his paracanoe journey paddling in the Va’a boat, and wanted the chance to take home both titles.

McGrath too had the nation on the edge of their seats as he delivered an impressive 24 hours at the Tokyo Paralympic Games and made history with two Paralympic gold medals in paracanoe.

“To come away with the two golds at the Paralympics was really special, knowing that it hadn’t been done before wasn’t my target but I kneow it was something that could be achieved.

“Each of the Games have special meaning for me. The Rio Games especially were more about my journey from my recovery, my injury in Afghanistan, and achieving and proving to everyone and myself that I was still capable of being Curtis Mcgrath. Being an athlete and representing my country and coming through with the promise I made on the battlefield.

“The Tokyo Games was very different, firstly defending my gold medal from Rio was very special.

“But I was even more focused and pushing towards the Va’a medal because that was the sport and boat I started in paracanoe. To win that was very special for me.

“Thankfully it all came through and came down to all the preparation not only of myself but everyone else that helped me… get across the line and stand on top to hear the national anthem twice,” he said.