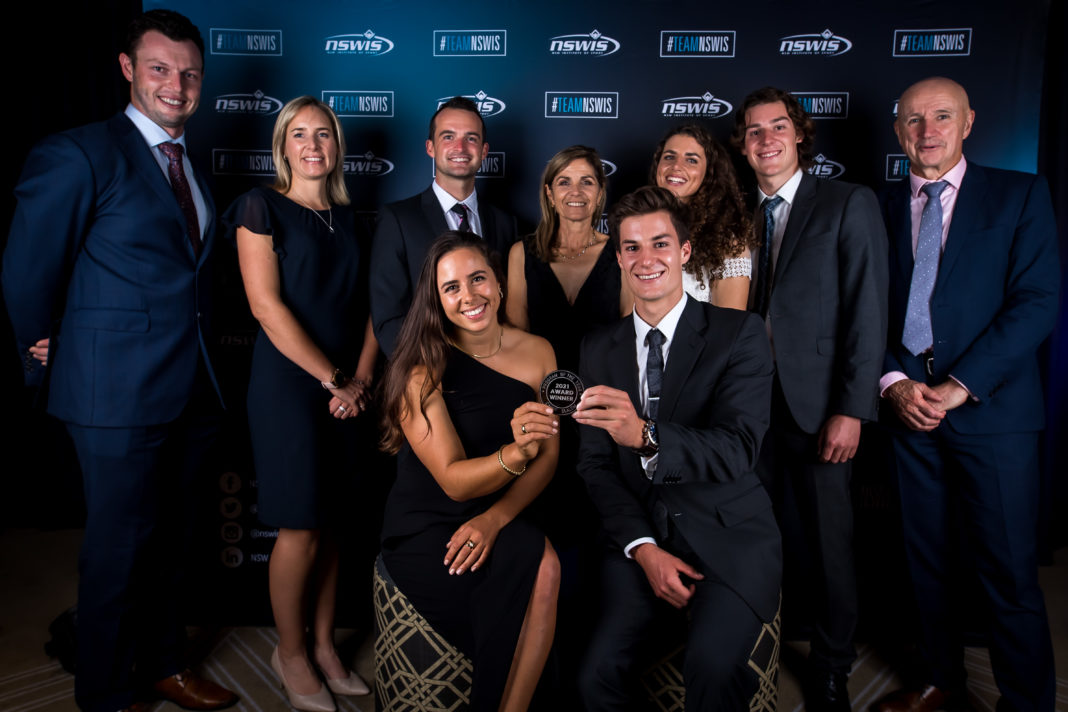 The remarkable achievements of our state’s world-class athletes have been celebrated at the prestigious NSW Institute of Sport (NSWIS) Awards overnight, following their success at the Tokyo Olympic and Paralympic Games.

The Awards evening took place at the Royal Randwick Racecourse on the evening of Thursday the 25th of November where the Master of Ceremonies, Matthew Shirvington announced the winners across eight award categories.

The NSWIS Canoe Slalom program was one of the night’s biggest winners being named the Sydney OlympicPark Authority Program of the Year while Paralympic Hall of Fame and Athletics Coach Louise Sauvage, picked up the Musashi Coach of the Year Award.

In a first for the awards, trio Jack Hargreaves, Alexander Purnell, and Spencer Turrin were collectively named the Powerade Male Athlete of the Year, and Madison De Rozario and Jessica Fox with equally impressive accomplishments at their respective Tokyo Games were honoured as dual Office of Sport Female Athletes of the Year.

The NSW Institute of Sport (NSWIS) CEO Mr. Kevin Thompson spoke proudly of the night’s honourees in a year where the Institute’s athletes, coaches, and support staff reflected on the achievements of the Tokyo 2020 Olympic and Paralympic Games.

“In 2021, NSWIS proudly supported an athlete contingency of 105 Olympic and 44 Paralympic athletes head to Tokyo to compete on the world stage,” he stated.

In a year where we had the COVID-19 pandemic to deal with, the CEO said the Institute held two main goals in sight – one to keep everyone safe, and the second, to keep its’ daily training environments open.

“I cannot speak highly enough about the effort and commitment shown by our athletes, coaches, and support staff” Mr. Thompson said.

Since 1996, the NSW Institute of Sport has supported over 220 athletes to win medals for Australia at the Olympic and Paralympic Games and we continue to build on our proven history of Olympic, Paralympic, and international sporting success.

As we look to 2022, NSWIS looks forward to even more opportunities for our athletes to shine at the Beijing Winter Olympics and Paralympics, and the Commonwealth Games in Birmingham.

Congratulations to all of the 2021 NSWIS Awards finalists and winners.