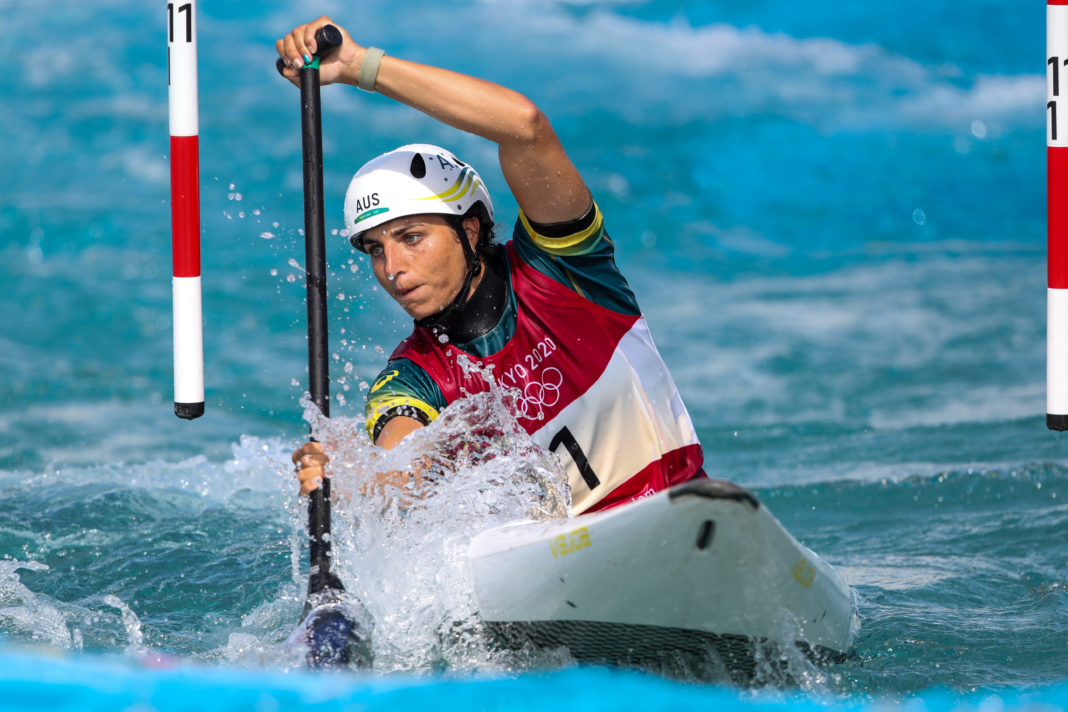 IOC President Thomas Bach announced the appointment overnight with the Tokyo champion joining 17 other Olympians on the IOC Commission. The IOC makes direct appointments to the Commission to ensure a balance between genders, regions and sports in addition to athlete elected positions.

Jess Fox says the news came as a shock, but is a huge honour.

“I am excited to contribute in any way I can and am looking forward to meeting the other members and getting started. I have learned a great deal from my time on the AOC Athletes’ Commission. My colleagues such as James Tomkins, Cate Campbell and Scott Kneller have really helped me understand how the IOC and AOC Athlete Commissions work within the Olympic movement.

“The call from President Thomas Bach came completely out of the blue but I accepted on the spot. It’s a massive surprise and a massive opportunity.

“To serve the global athlete community and to feel the passion that comes from that community are the things that most excite me. Coming from the Oceania region and also representing a smaller sport, I hope I can bring a different perspective and experience,” she said.

“We are spoiled to have so many great athlete leaders in Australia and Jess is an outstanding choice.

“In terms of managing her demanding competition schedule through to Paris 2024 and contributing to the work of the Athletes’ Commission, Jess is well equipped to handle those demands – and I believe will make an outstanding contribution on behalf of athletes.”

“Jess is greatly respected and admired not just as an Olympic champion, but by all those who have had the opportunity to work with her – from her local community in Penrith where she helped raise funds for the bushfire recovery last year to the global stage, helping bring gender equality to the Olympic programme for Canoe.”

“The Olympic movement in Australia has benefited from the insight and experience that James Tomkins brought from his time with the IOC Athletes’ Commission from 2012-2021. I have every confidence that Jess Fox will continue that fine heritage,” Mr Coates said.

“We are thrilled for Jess following her appointment to the International Olympic Committee (IOC) Athletes’ Commission. This is wonderful recognition of the contribution she has made to paddling and sport generally,” Jones said.
“Jess has always shown strong leadership, not only within her chosen sport but also in her role on the Australian Olympic Committee Athletes’ Commission. Her commitment to excellence both on and off the water makes her a great role model and leader amongst her peers.
“Jess is a great ambassador for the Olympic movement. We know she will make an enormous contribution in this very important role.”

She represented Australia as the country’s Young Change-Maker at the 2014 Nanjing Youth Olympics and was a delegate at the 2018 IOC Olympism in Action Forum in Buenos Aires.

The 27-year-old also played a key role in advocating for the introduction of the C1 event for women, with its debut on the Olympic programme at Tokyo helping bring gender parity in Olympic events for Canoe for the first time.

She says with the Olympic Games coming to Australia for the third time with Brisbane 2032, there couldn’t be a more exciting time for Olympic sport in Australia.

“The Brisbane 2032 Games is a great opportunity for sport, for Queensland and Australia. We are all excited about that. And there’s a commitment that the athletes will be at the heart of the Games. That’s really important for us and that’s where I really hope to make a difference as the Games approach.”

“I am really looking forward to performing in Paris in the sport I love. But it’s important to have other things and to keep stretching and challenges yourself. I want to share my experience in a positive way. I have spoken with James Tomkins about how rewarding this work can be. Any way I can help, I will. I am honoured to have this opportunity,” she concluded.