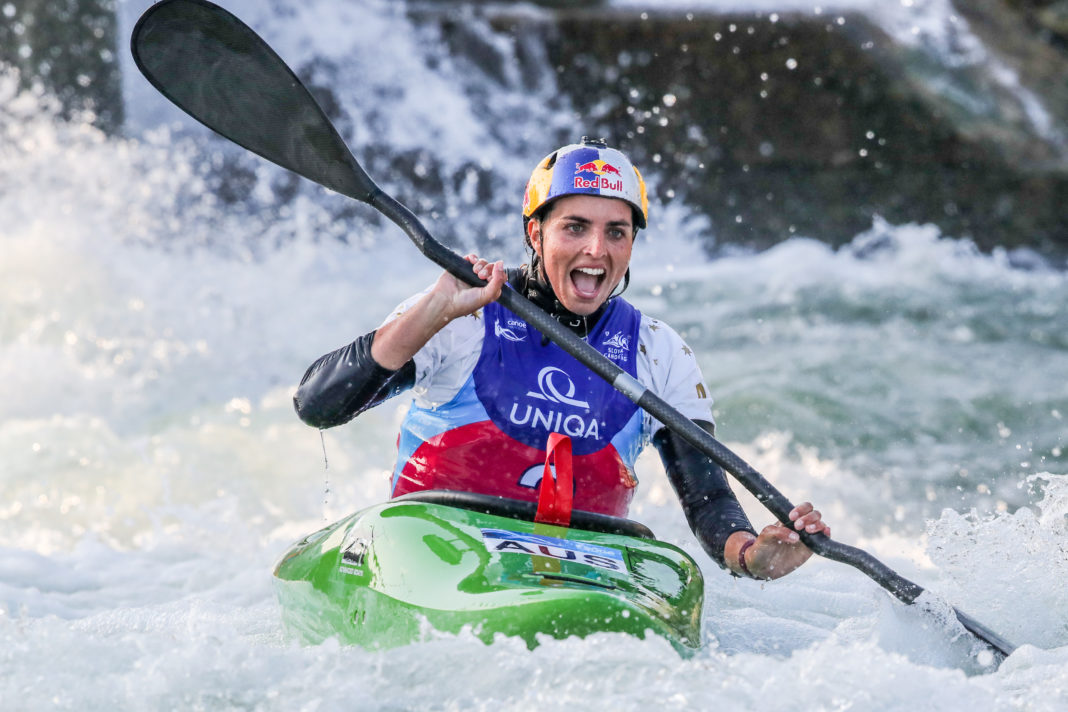 Tough 50 second penalties in both the women’s kayak and canoe semi finals meant that Jess failed to make a finals appearance.

But she was able to make amends with a victory in new Olympic event set to Paris 2024 – extreme slalom.

With an Olympic gold and bronze medal, and overall World Cup title to her name so far this season, Jess was the first to admit that luck just didn’t fall her way over the weekend, until she managed to return to form in just her third ever international outing in the extreme.

“It wasn’t my weekend this weekend, either in the kayak or the canoe, so I just wanted to have fun in the extreme and it felt great to be out there,” Jess said.

“It was exhausting, mentally as well, because I had good runs and it just comes down to centimetres and a tiny bit of precision, and it’s a huge penalty – and you’re out.

“I’ve had an amazing season, so this is a great way to finish,” she said.

While Jess was unable to make it through to the canoe finals, younger sister Noemie’s strong form earnt her a spot in the top 10 final.

As the second competitor to go down the rapids, Noemie put down an impressive time of 104.49 seconds.

Earlier in the weekend, dual Olympian Lucien Delfour was hoping for a finals berth.

Wearing bib number 8, Delfour recorded a time of 85.38 in the heats, comfortably advancing through to the semi finals.

An unfortunate touched gate on the bottom half of the course saw Delfour incur a two second penalty, putting him out of the race for a finals position.

Crossing the line in a time 89.07, Delfour finished in 15th position overall, with only 0.41 seconds separating him for a finals qualification.

In his first Canoe Slalom World Championships, youngster Kaylen Bassett was unlucky to make it through to the men’s canoe semi finals, crossing the line in a time of 91.06 and finishing 27th overall.

The Australian Canoe Slalom team will now return to Australia, where they will prepare for the 2022 Australian Open in January.