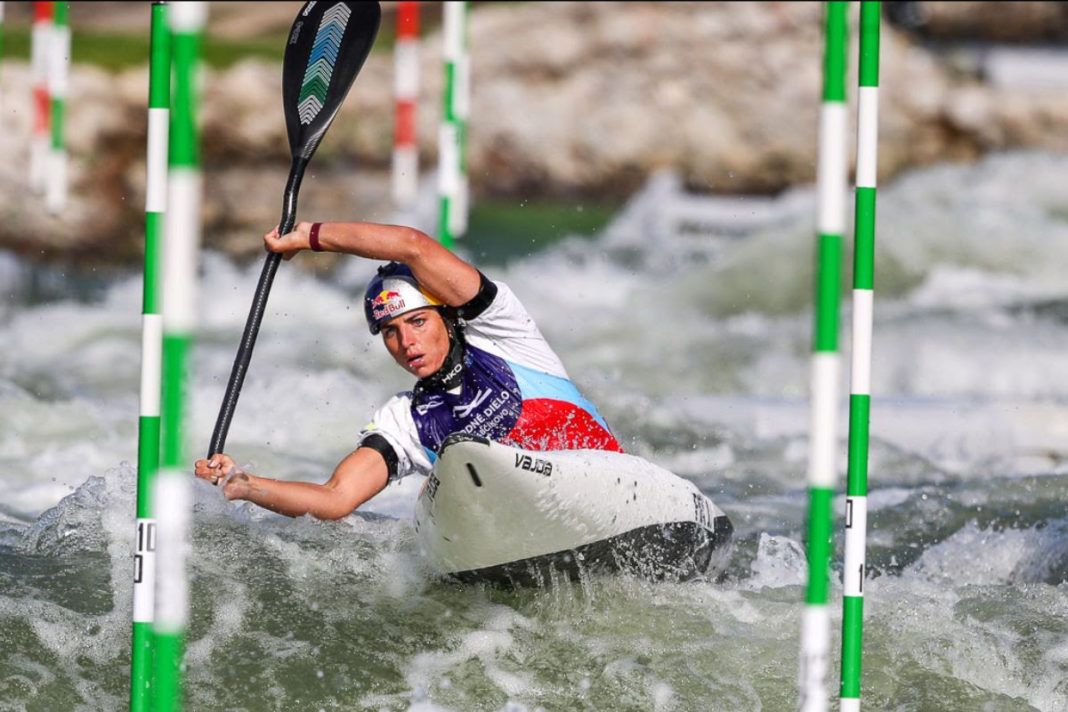 All four Aussies hit the rapids at the Bratislava Canoe Slalom Centre on day one of the ICF Canoe Slalom World Championships.

The first discipline on the water was the women’s kayak, with recently crowned World Cup champion Jessica Fox the fastest qualifier in a time of 89.18.

Fellow Aussie Noemie Fox also set down an impressive heat time of 96.42, seeing her qualify for the semi finals in 15th position.

In the men’s kayak, Lucien Delfour flew down the course, before an unfortunate touch added a two second penalty to his time. With only 3.24 seconds separating him and fastest qualifying paddler Boris Neveu of France, the race will be on in the men’s kayak semi finals which get underway on Saturday 25 September.

Noemie also managed to make her way through the course without incurring penalties, in a time of 98.97 seconds which saw her finish as the 13th fastest qualifier for the women’s canoe semi finals.

In the men’s canoe, young gun Kaylen Bassett was unlucky to not make it through to the semi finals, crossing the line in a time of 91.06 and finishing 27th overall.