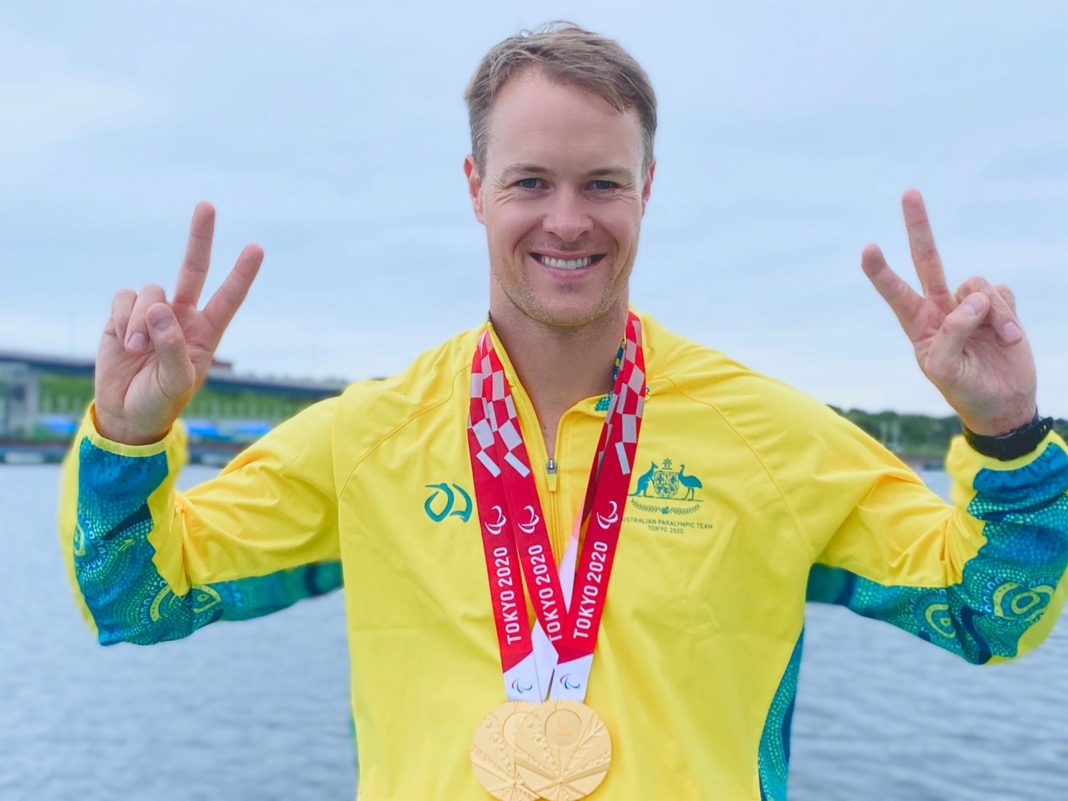 It has been a golden 24 hours for Australia’s Curtis McGrath, becoming the first para-canoe athlete to win two gold medals at a single Paralympic Games and etched his name in the history books.

After first defending his KL2 Paralympic title yesterday, McGrath backed it up with another sensational win in the newly introduced Va’a discipline.

In his trademark finish, McGrath powered home to leave the competition in his wake, changing up his race tactics from the heats to ensure he could claim the double.

“I’m very happy to have this all done. It’s been a long road, and everyone has worked really hard to get here and thankfully for me I achieved all my dreams and goals.

“I swapped up my strategy, and did my changes in the middle of the race at about the 100m mark, and that allowed me to push on and power through,” he said.

McGrath originally started his canoe career paddling the Va’a (Polynesian for canoe), but was forced to change to kayak when the IPC announced only one discipline for the Rio 2016 Paralympics.

With the Va’a added to the Tokyo program, it was like coming home for McGrath.  He has dominated on the international stage since taking up the sport, winning the Va’a at every World Championship since 2014.

McGrath’s story is well known the world over, starting out in the sport after losing both his legs while serving as an Australian Army combat engineer in Afghanistan.

When he started his Paralympic career, if you’d asked could he imagine this level of success, he admits it wasn’t even a thought.

“I didn’t even think I’d get to the Paralympics – it was just a comment I made to give my comrades hope to help them get through the trauma.

“I could see that they were hurting in their heart and in their mind. So having this happen is very special and is a tribute to them as well,” he said.

The 33 year old has his sights set on Paris, but for now he’s going to take some time off to rest and recover.

“I’m definitely going to have a year off next year. I’m a little bit tired and sore, I need my body to recover.

“Five years hammering the same block of steel is pretty hard so I’m keen for a break and some time out. But at the same time I love competing, I love representing Australia and I’m looking forward to the opportunity to do it again… if I qualify,” he said.

For fellow Aussies Susan Seipel and AJ Jennings, it wasn’t quite their day at the office, Jennings not qualifying through to the final in the kayak.

While Seipel was backing up from her silver medal winning performance in her pet event the VL2, she was unable to take back to back medals, finishing seventh.