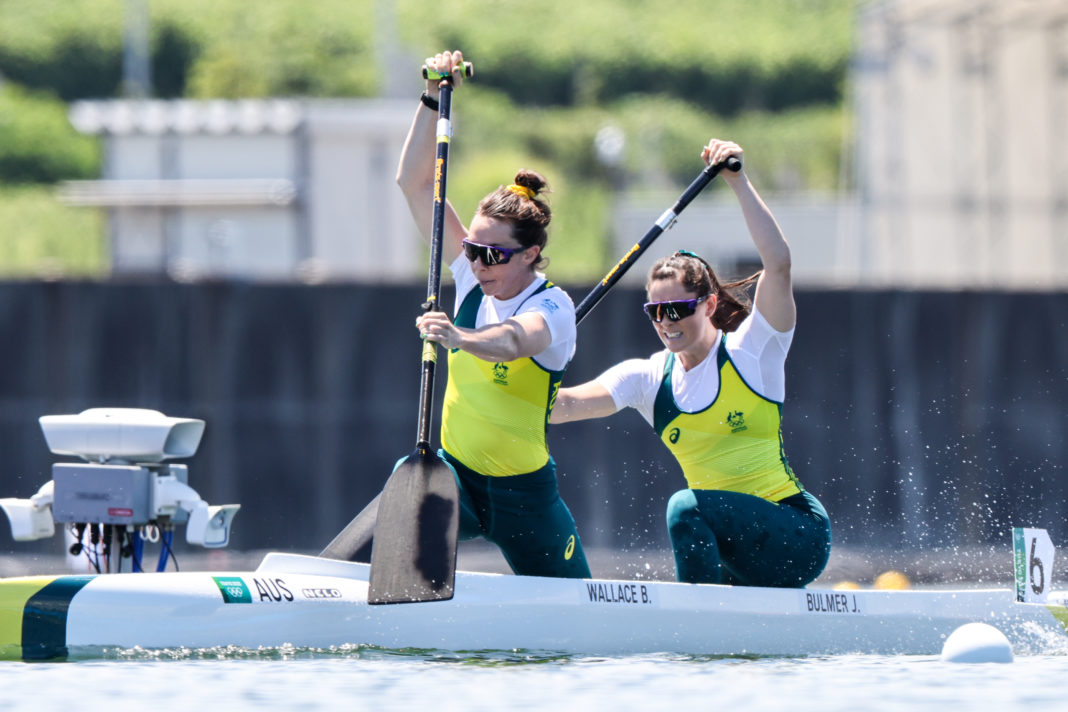 THERE were no Australians on the podium but the outstanding results of our men’s and women’s K4 500 crews on the final day of the canoe sprint competition at Tokyo’s Sea Forest Waterway was a fitting finish for three of our greatest paddlers, who indicated that Tokyo would be their last hurrah.

London gold medallist Murray Stewart, Rio bronze medallist Lachlan Tame and dual Olympian Jo Brigden-Jones, who prior to the Games talked about their intention to retire after Tokyo 2020, leave the Games among the world’s best after an outstanding Olympic campaign.

Competing in the men’s K4 500 final, Stewart and Tame combined with dual Olympians Riley Fitzsimmons and Jordan Wood to finish in sixth place and in a time of 1:25.025 behind European powerhouses Germany, Spain and Slovakia.

Sixth best in the world and Final A for the men’s K4 as well as a gold medal for team youngsters Thomas Green and Jean van der Westhuyzen’s in the K2 1000 earlier in the week, signals the depth of talent in men’s sprint canoeing.

For three-time Olympian Stewart, who has undergone back surgery twice in the past 18 months, it wasn’t the fairy-tale but was still a dream end to a national-team career which has spanned more than 13 years.

“Everyone in that field would have had a story, full credit to the guys that won, they paddled incredibly, and I am sure it was through exceptional circumstances too.

“That is the main thing about this Olympics, no one has had it easy.

“For us, we definitely have a story, and it’s something we will remember and talk about for years to come.”

Tame, who joked he wouldn’t officially announce his retirement for fear of losing his athlete funding, applauded his crew’s sixth place after just three international races leading into the Tokyo final.

“The last four months have been like a jumbo jet taking off in the airport.

“We were grounded and then taking flight, we knew would get better with every race, we did our best race out there.”

The Australian women’s K4 qualified for the A final by just 0.03 seconds but were outclassed by Hungary who claimed their third straight Olympic title ahead of Belarus and Poland.

The Aussie women’s K4, known for their tenacity and get-it-done attitude, started strongly in the final but were unable to match the Hungarians who secured a sixth Olympic medal from four Games for Danuta Kozák with their victory.

Brigden-Jones, who retires after 11 years of national team representation, will now focus on her work as a paramedic on Sydney’s Northern Beaches and her side-hustle, a cake making and supply business.

“It was really special to finish off in a final at the Olympics,” she said.

“I’m really proud of our girls and our effort. I knew that was going to be my last race, coming through the finish, I thought: ‘this is the last 200m of my life, let’s push, let’s go for everything’.

“I could not have thought of a better way to top it off, a better finish. I’m super proud of what we have achieved, particularly the last 18 months have been so challenging, seventh place in the final is a win for us.”

Women’s C2 500 pair Bernadette Wallace and Josephine Bulmer finished fifth in their B final to claim 13th overall in an event that made its Olympic debut in Tokyo.

The result was an early birthday present for Wallace who turns 32 on Sunday.

World champions China dominated the A final from start to finish to take gold ahead of the Ukraine and Canada.

Wallace, who follows in the footsteps of her older brother Olympic gold and bronze medallist Ken, hope her crew’s performance will inspire others into the sport.

“This is the first C2 women’s race; we are the soil that the seeds are grown out of and hopefully the next generation of paddlers can make a choice, canoe or kayak,” said Wallace, who combines her graphic design studies with support work for Rio paracanoeist Jocelyn Neumueller.

“I hope we have made that easier for them and whatever we get in Paris, LA and Brisbane will be on top of our shoulders.

“It is really surreal, and I have got myself to a place where I almost forget that I am at an Olympic Games.

“At the last Olympics, I was at a canoe club in Canada with all these kids sitting down watching my brother race, I have been a cheerleader since Beijing so to be on the start line is really special, to me it is like I have graduated my paddling.”

Australia’s canoe sprint paddlers wrap up a successful Tokyo Olympic campaign with one gold medal in the men’s K2 1000m, and another four spots in the A finals.

Jean van der Westhuyzen and Tom Green won the first gold medal for Australia in the 85-year history of the event and also recorded an Olympic best time in their heat, which will stand for eternity with the men’s 2 500m to replace the men’s K2 1000m in Paris.

Dual Olympians Alyssa Bull and Alyce Wood finished fifth with a PB in one of the fastest races the women’s K2 has ever seen, with Wood also making the A final and finishing eighth in the women’s K1 500m as the first Australian woman to do so since the Sydney 2000 Olympics.

Both the men’s and women’s K4 500m wrapped up a great six days of racing at Tokyo’s Sea Forest Waterway with a sixth and seventh place in the A final respectively.