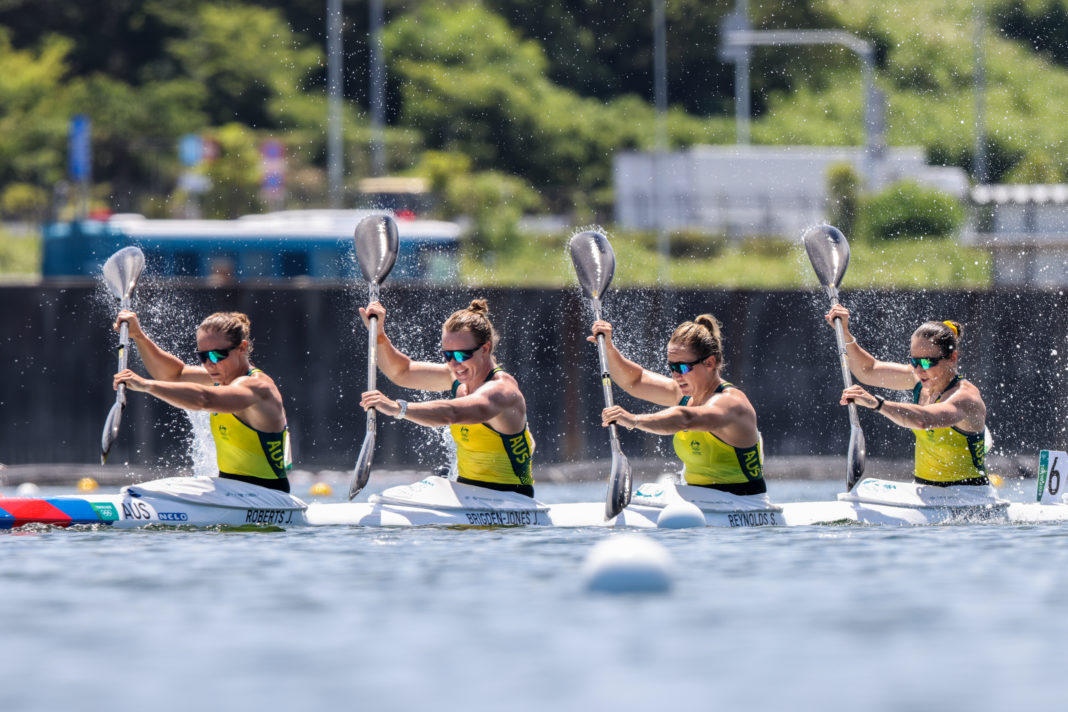 Three Aussie crews were in action on the penultimate day of the Tokyo 2020 canoe sprint competition with the men’s K4 500m progressing straight through to Saturday’s semi-final after a second place in the heat and the women’s K4 500m advancing via the quarterfinal. Australia’s women’s C2 500m will be in Saturday’s Final B.

All eyes were on the big boats at Sea Forest Waterway with the kayak fours joining the Olympic action on Friday and Australia’s men’s K4 kicking off their Olympic campaign in style and progressing straight through to Saturday’s semi-final with a second place in the heat.

The crew around London 2012 gold medallist Murray Stewart and Rio 2016 bronze medallist Lachlan Tame put down a time of 1:22.662 with only +0.772 seconds separating them from the current World Champions from Germany in first.

It was the first race for Stewart and Tame this week, with their team mates Riley Fitzsimmons and Jordan Wood, contesting the men’s K2 1000 over the last two days and finishing 13th.  In the same event, Australia’s team youngsters and Games debutants Jean van der Westhuyzen and Tom Green won gold on Friday.