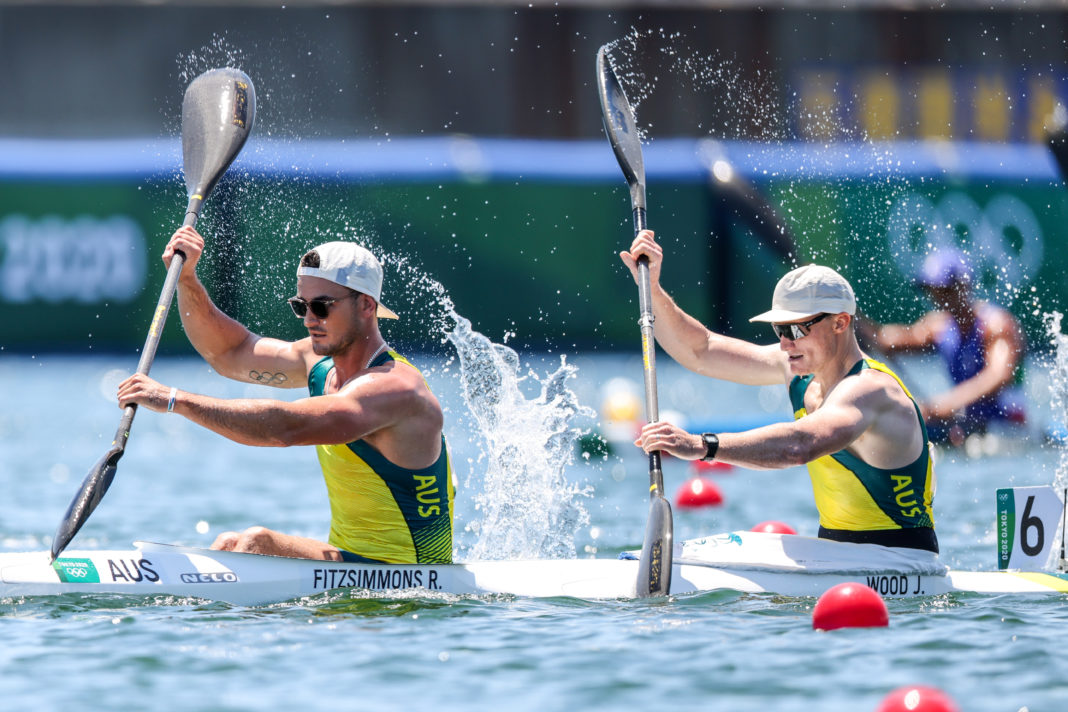 The pair both made their way through to the quarterfinals, falling just short of the semis – Wallace finishing fourth in her quarterfinal, and Bulmer seventh.

They will now turn their attention to the C2, where they will team up to fly the Australian flag in the inaugural women’s C2 500m race, another history making feat.  Racing in the C2 will kick off on Friday with the heats.

“It’s surreal being here, because it is something you think about and visualise, and then all of a sudden you are at the start line,” Wallace said.

“I am so happy, privileged and lucky to be here.  To be here with my brother, who is the Deputy Chef de Mission (Kenny Wallace) is pretty cool and I am really proud of him as well,” Wallace added.

“There is a lot to take away from today, I am not coming out of here empty handed – I am coming out with lots of experience.

“It is the first Olympics for us women and it is amazing,” she said.

In the kayaks, four Australian boats took to the waters today with all of them making their way through to tomorrow’s semi-finals.

Alyssa Bull and Alyce Wood found themselves lining up against each other, rather than in the same boat, and once again showed their class in the women’s K1 500m.

“I woke up a little bit tired today after yesterday’s K2 semi and final, but it was nice to hop back in the K1 and put a good race together,” Wood said.

“That was my first race back in the K1 and it gives me a bit of confidence before the semi’s tomorrow.

“I definitely want to try and qualify for that A final – we saw it in the K2, if you can make the final anything can happen.

“The girls we are racing against this Olympics are better than we have ever seen.

“So I think to line up in that A Final, it would be a massive achievement and whatever happens, happens from there,” she said.

History was also made in the men’s K2 1000, with youngsters Tom Green and Jean van der Westhuyzen paddling an Olympic best time of 3:08.773 and finding themselves straight through to tomorrow’s semi-finals.

“We didn’t really expect it when we crossed the line – we just tried to do what we had planned, which was to go out, have fun and keep it as relaxed as possible,” Green said.

“That is just the result we got today and we are pretty stoked with it,” he said.

“You don’t really know what to expect, or what to feel when you cross the line in a race,” van der Westhuyzen said.

“We just had fun out there and did what we knew we could do.

“We had a good time and it is pretty cool to come away with an Olympic best,” he said.

Fellow Aussies Riley Fitzsimmons and Jordan Wood made their way through the quarterfinals repechage with a win also securing them a spot in the men’s K2 1000m semi-finals.

“It was awesome, I think most of the Aussies have come to the realisation that we haven’t raced the international field in two years.

“It was quite nice to race the heat and blow out the cobwebs, it wasn’t really a perfect race so it was nice to come back to the quarterfinal and try and fix our little problems there.  We will reassess he data tonight and reset for a big day tomorrow,” Fitzsimmons said.

“It has been good to come over here and get out of Australian winter and feel that warmth again.  I think as we saw yesterday in the K1 field, it is some extraordinary conditions, once in a lifetime times that people are doing, and people are breaking world records that we haven’t seen broken in years.

“I think we can expect a fast race tomorrow and we are going to have to be on our game.”

“To come away with that race in those conditions I think we definitely have something to build off from now.  It is a massive confidence boost especially just getting a couple more international races under the belt leading into the semi-final,” Jordan Wood added.

“I think we will just go and chill out now, maybe have an ice bath, get some lunch and just kick back and relax.  We will try and get a nice early night and get ready for tomorrow because it is going to be another big day.”

Racing continues at Sea Forest Waterway on Thursday, 5 August 2021 with the semi-finals and finals in the women’s K2 500m and men’s K2 1000m with two Australian crews represented in both events.