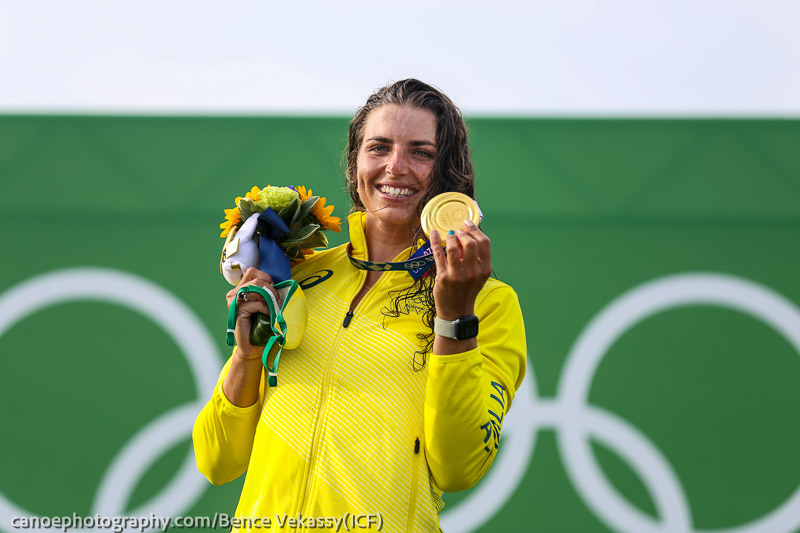 The ‘Silver Fox’ is no more. Jessica Fox is now a ‘Golden Girl’.

Fox, a silver medallist in London, and a bronze medallist from Rio, had to put the ‘disappointment’ of a third place in the K1 in Tokyo behind her, and she delivered when it mattered most – and in doing so entered the record books as the very first winner of the women’s C1.

She entered the C1 final as the fastest qualifier after a blistering run of 110:59 in the semi-final in oppressive conditions, and had to sit and watch as competitors posted a time to beat.

Showing the composure, she’s become known for over many years, Fox was in control of her run, to post a time of 1:05:04, a clear 3 seconds from her nearest rival, Mallory Franklin of Great Britain. German Andrea Herzog claimed the bronze medal.