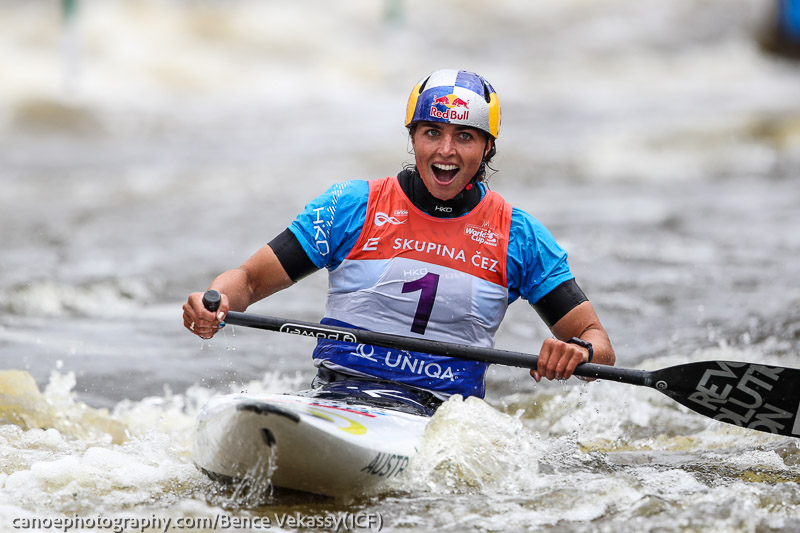 Jessica Fox (NSW), Australia’s greatest canoe slalom paddler of all time, left a mark ahead of the Tokyo Olympic Games over the weekend, taking home gold and bronze at the 2021 ICF Canoe World Cup 1 in Prague (11-13 June 2022). The dual Olympic medallist, who also celebrated her 27th birthday on the weekend, won gold in the women’s C1 on Sunday, after already securing bronze in the women’s K1 on Saturday.

40 days out from the Tokyo Games, the four-time C1 and three-time K1 world champion Jessica Fox showed her class and smashed it in Sunday’s women’s C1 final, winning in a time of 105.15 and by over four seconds ahead of Germany’s current world champion Andrea Herzog and local world number three Tereza Fiserova (CZE) in third. It was the first time back on top of the podium of a world-class event for Fox since her double gold and overall World Cup win at the same location in August 2019. 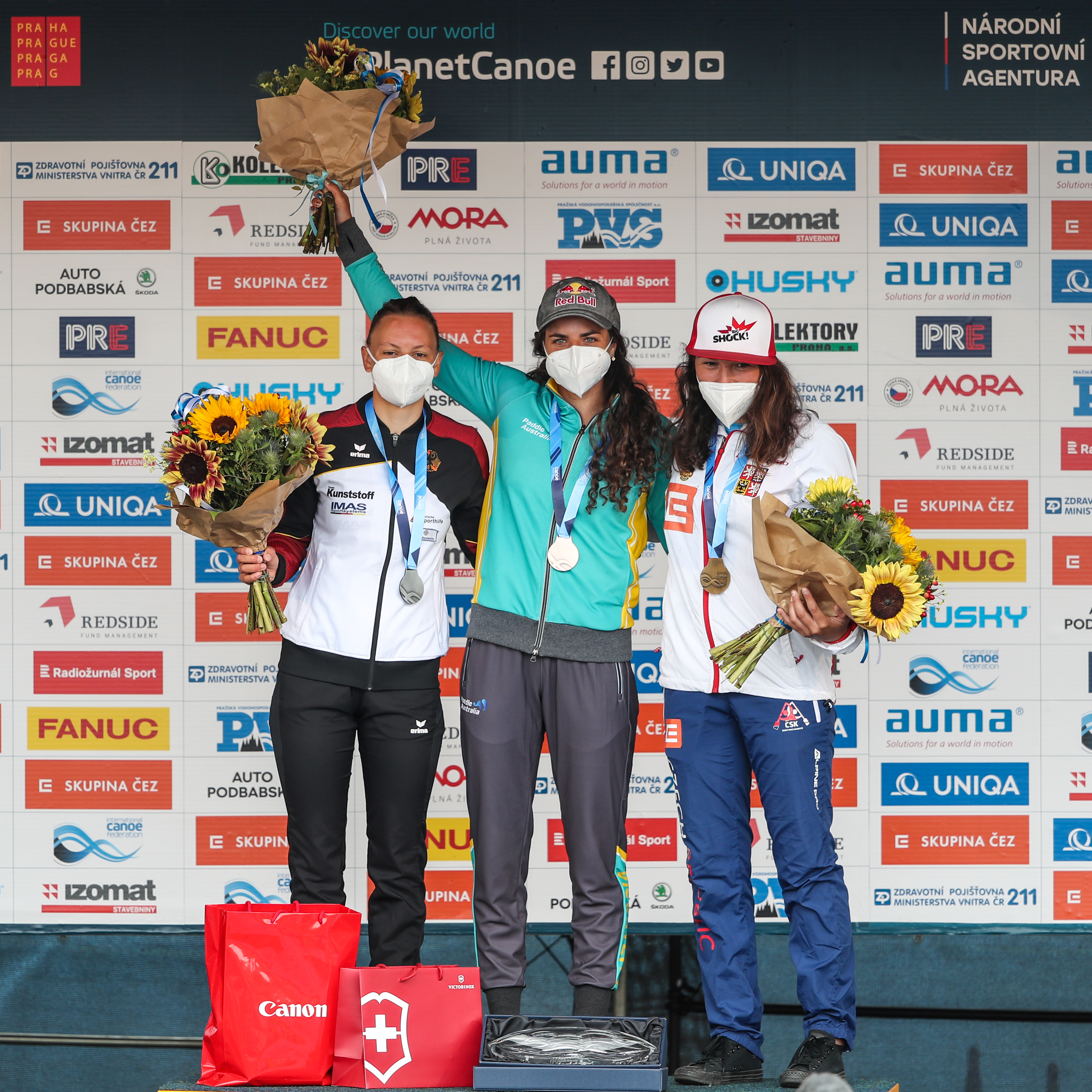 “It was definitely the best run of the weekend for me and I’m really pleased to have put down a clean run on such a challenging course and to improve on the semi especially. I’m really pleased with that run,” an excited Jess Fox said after the race.

Fox had qualified for the C1 semi-final with a second place in the heat on Friday, but added a bit of suspense in the semi-final on Sunday morning, when she copped six seconds in penalties and qualified for the top-ten final in eighth place. But in the world-class final, she never left any doubt that she will be the one to beat come Tokyo. Being the third paddler off the starting blocks, it was a long wait for the world number one, before she knew she had locked in the gold and another top podium spot in her long list of accolades. 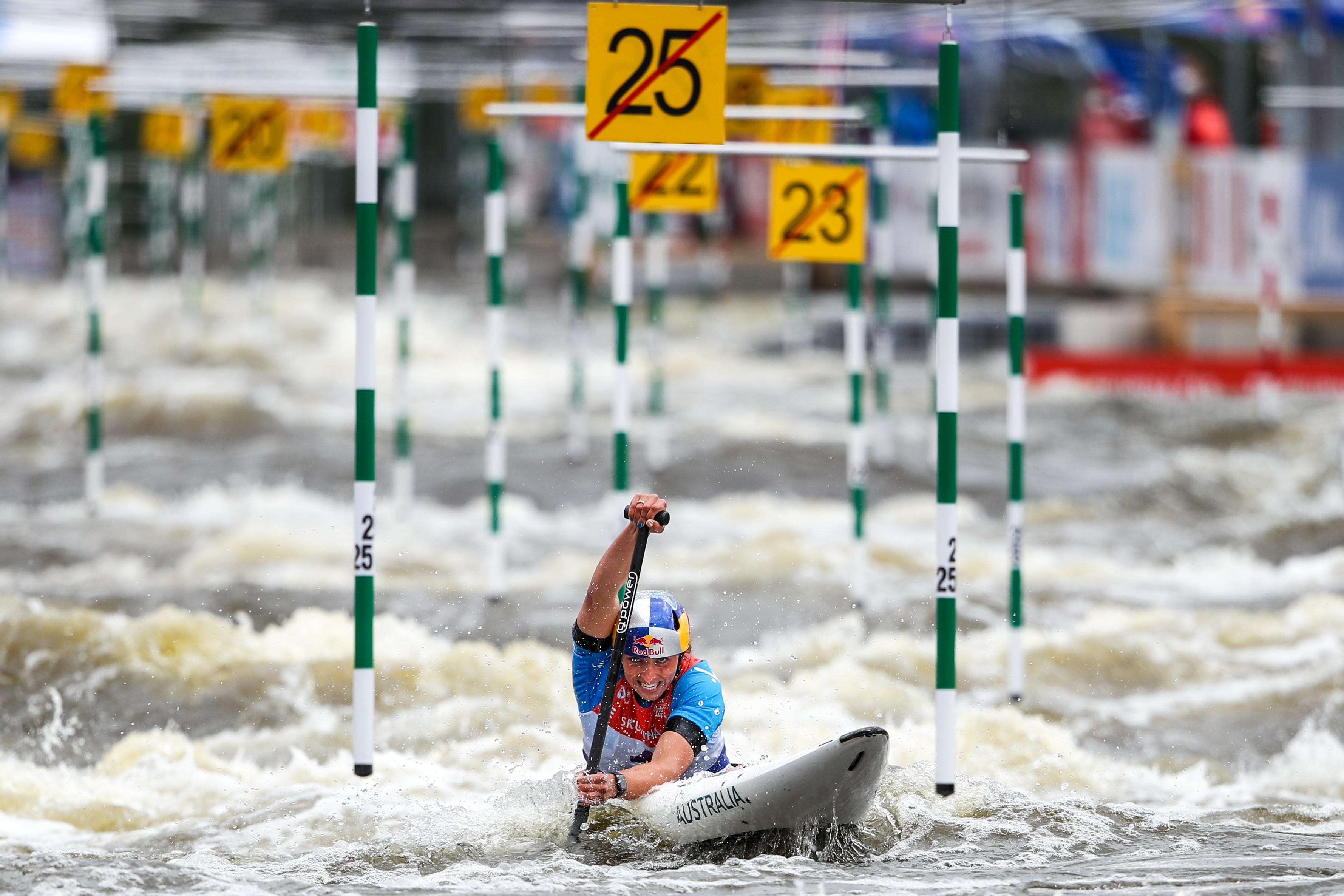 “It’s always good to line up against such a strong field. I had the current world champion Andrea Herzog, I had the home favourite Tereza Fiserova, I had Mallory Franklin (GB) who is always a big contender in the final, so there were a lot of girls who could challenge my time. I couldn’t be complacent, I just had to go and attack it in that final so I’m really pleased that I did. And I was proud of the run regardless of where it would end up. But to end up on top is special.”

“Prague is one of my favourite races. It always has a great atmosphere, the organisers are always doing an amazing job. The course is always very tricky and challenging and I love paddling here in terms of training, but racing is quite hard. So I’m really happy to win.”

The women’s C1 event will premier at the Olympic Games program in Tokyo and with Fox doubling up in both the K1 and C1, she will have the chance to win two medals come Tokyo.

“It will be very special for us C1 women to be in Tokyo together and to sit on that start line as the first women to race at the Olympic Games for canoe. Every race we do, K1 or C1, I take a lot of learnings and confidence from, I keep the good bits and I ditch the bad bits. But I think the competition is super fierce and all the girls have really lifted and everyone is looking fit and fast. So it’s really exciting to be back here and racing and to see where we are at after being away for so long.”

Jessica Fox was joined in the final by her sister Noemie Fox, who had a strong weekend, qualifying for the semi-final with a ninth place in the heat on Friday, followed by a fifth place in Sunday’s semi-final. The final did not go as planned and saw her get 56 seconds in penalties for narrowly missing a gate and three touches on a challenging course, but in the end it was still eighth place overall.

“It was really great to see Noemie race so well in the heats and she put down a really good race in the semi as well. Unfortunately it was a really hard course and we saw a lot of girls come unstuck in the staggers. They all picked up some penalties and she was one of the victims of the Prague water. So I was a bit gutted to see her final, but I think she’s improved a lot and she raced really well this weekend with positives to take away. It would have been so nice to share a moment with her on the podium but I’m sure that will come for her soon,” Jess Fox commented on her sister’s performance. 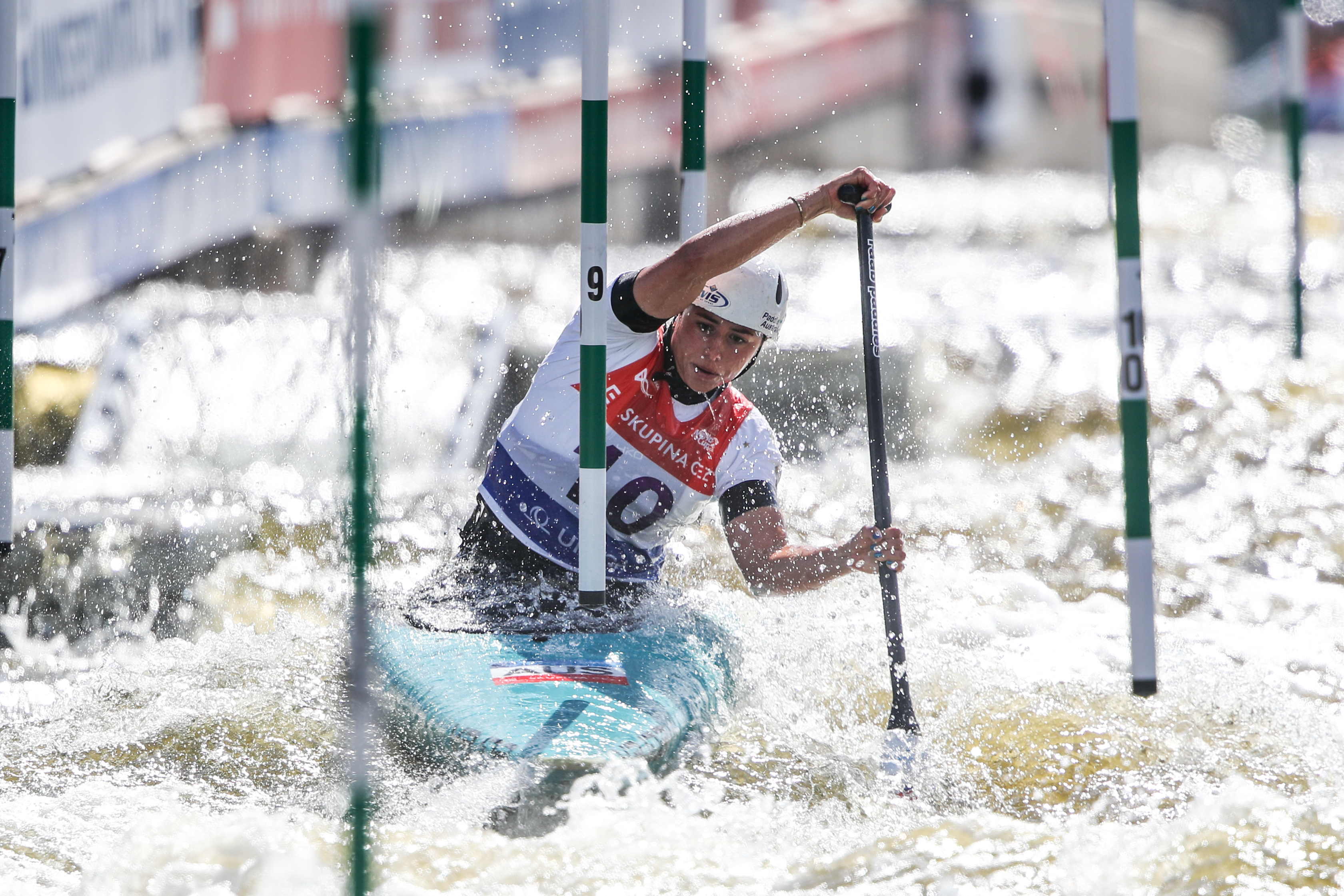 “It was an intense weekend, incredibly exciting and I was just so happy to be here. It wasn’t easy to get over and I wish the rest of our team could have been here but it was very exciting to get back into racing as it’s been a while,” Noemie Fox was thankful for the opportunity to be able to get back to racing in Europe after a long break.

“Last year I have just been focussing on my masters and gaining professional experience so it feels like I have been out of touch for a long time but I’m so happy to have made the final. My semi was great and I’m very proud of the way I paddled and in the final there were lots of bits and pieces to take away. The speed was there, it was just a bit messy. So for Leipzig it will be the same approach but getting a bit more precise in my movements,” Noemie Fox added laughing. 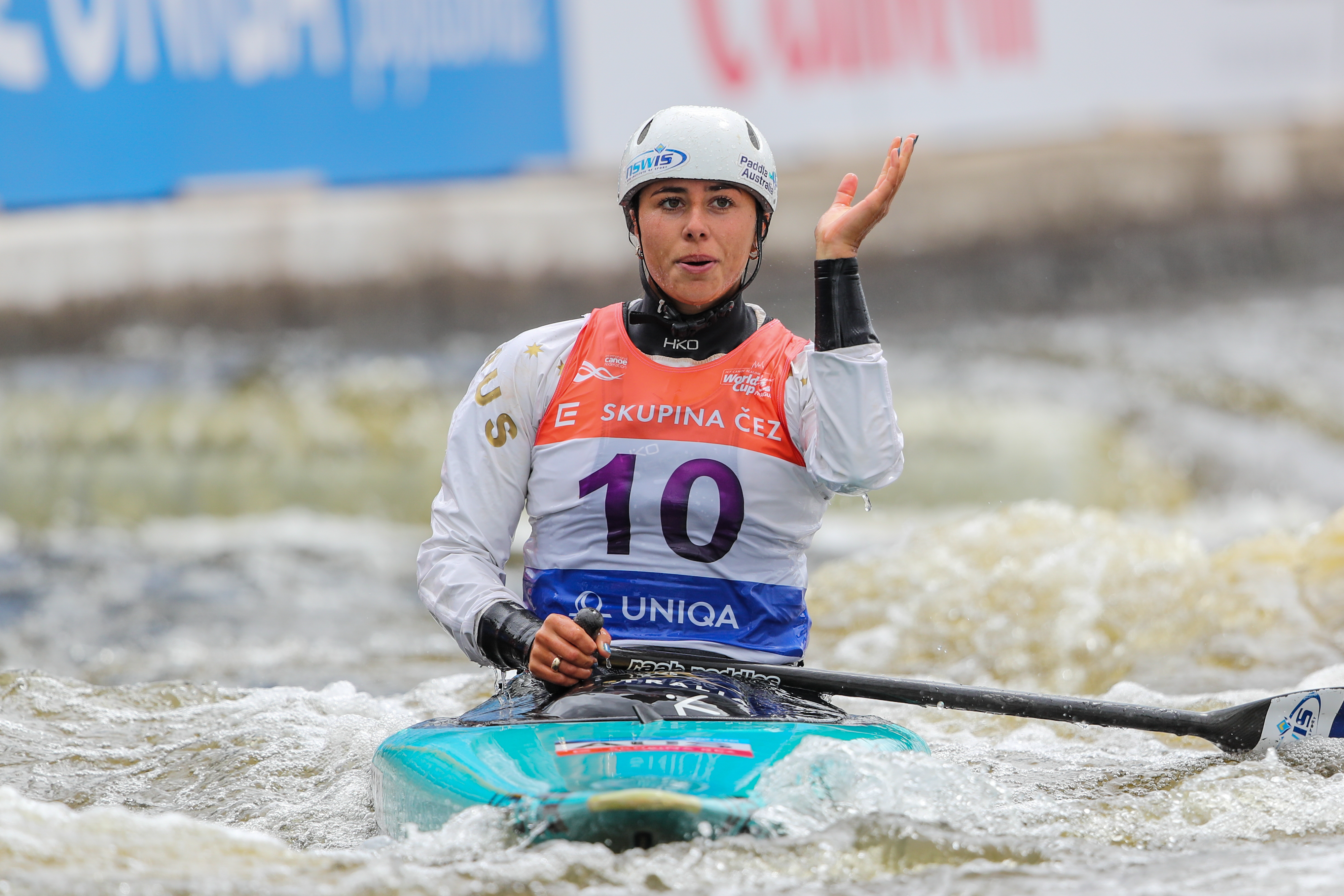 Noemie Fox was also the only Australian who lined up in the afternoon’s extreme canoe slalom event, the new discipline that is set to premier at the Paris 2024 Olympic Games.

Winning her heat and quarter final she progressed through to semi-final of the event.

In the men’s canoe slalom events, Sunday’s men’s C1 semi-finalist Daniel Watkins, who will be contesting his first Olympic Games in Tokyo, was disappointed with his semi-final result that saw him finish 20th overall.

But with Prague the first competition back in a long time for the Australian team, there were also lots of positive take aways, including a strong fifth place in the heats on Friday and a fast raw time despite three gate touches and a recovered capsize in the top third of the course.

“It’s pretty important to be back here, it’s been so long and it’s nice to race some people and see where we stand against some of them. I feel pretty good about where I’m sitting even though my semi final was not good but surprisingly the time was not too bad without the touches and my quals were good. So I think the speed is there and next weekend (World Cup 2 in Markkleeberg, Germany) should be a good prep for the Olympics as well,” Watkins said at the end of the event. 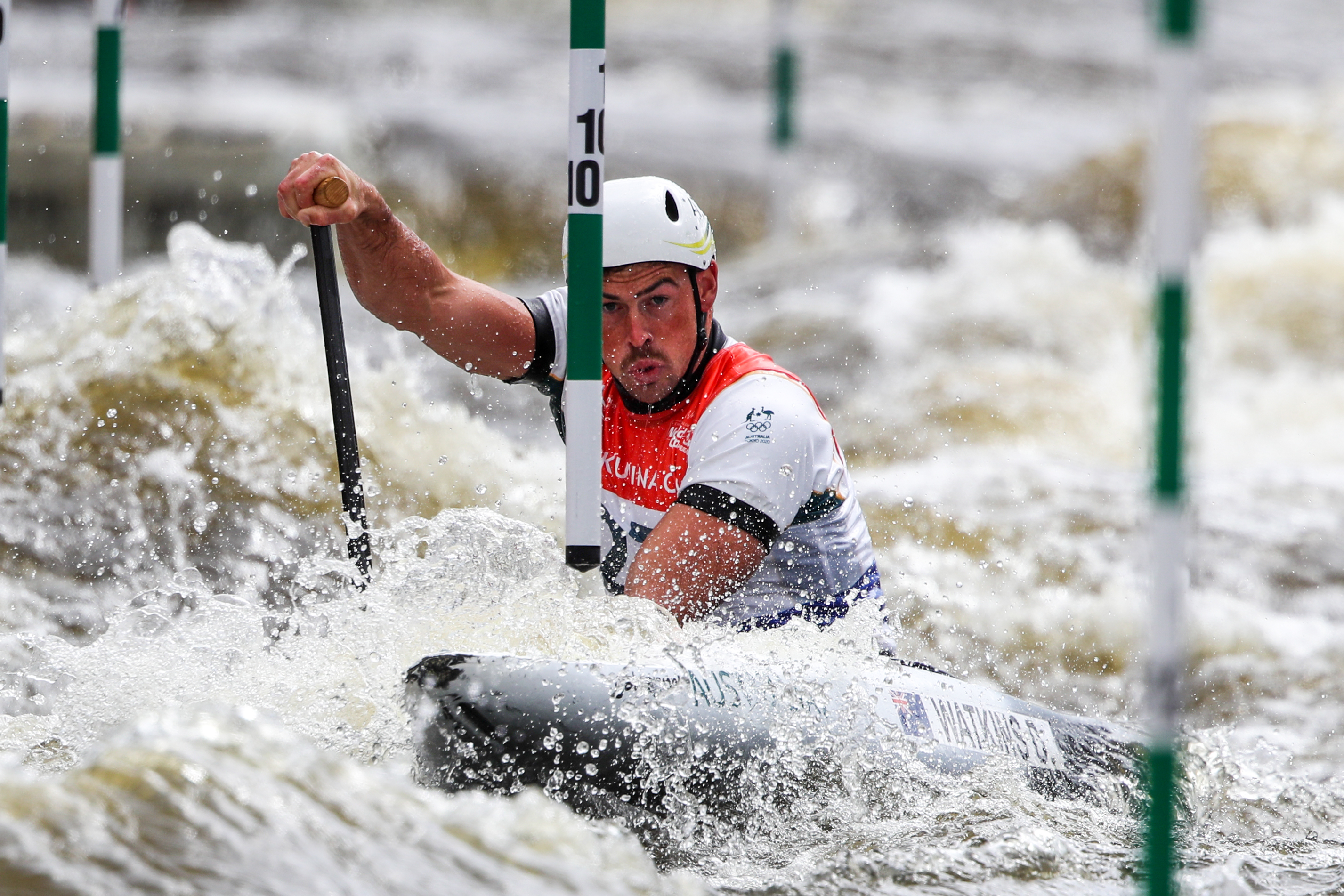 In the men’s kayak events on Saturday, Tokyo bound Lucien Delfouralso just missed out on the top-ten final after finishing 13th in the semi-final following two gate touches and four seconds in penalties. But with a fast raw time of 92.03 seconds and a strong technical performance throughout the rest of the course, Delfour was also happy with his return to the international racing circuit.

“It’s really good to be back here.  It’s been a while, almost two years and it’s quite special and exciting to be able to race again in the international field. It’s our first race in a really long time, since the 2019 worlds which is quite a while. I still had a pretty good raw time and I was happy with the pacing in general. I did some really good things on the course but with these two touches and quite low gates, today was fairly tricky. But just being able to race again is exciting and I will take it as a bit of a warm-up and try to do a bit better next weekend.” 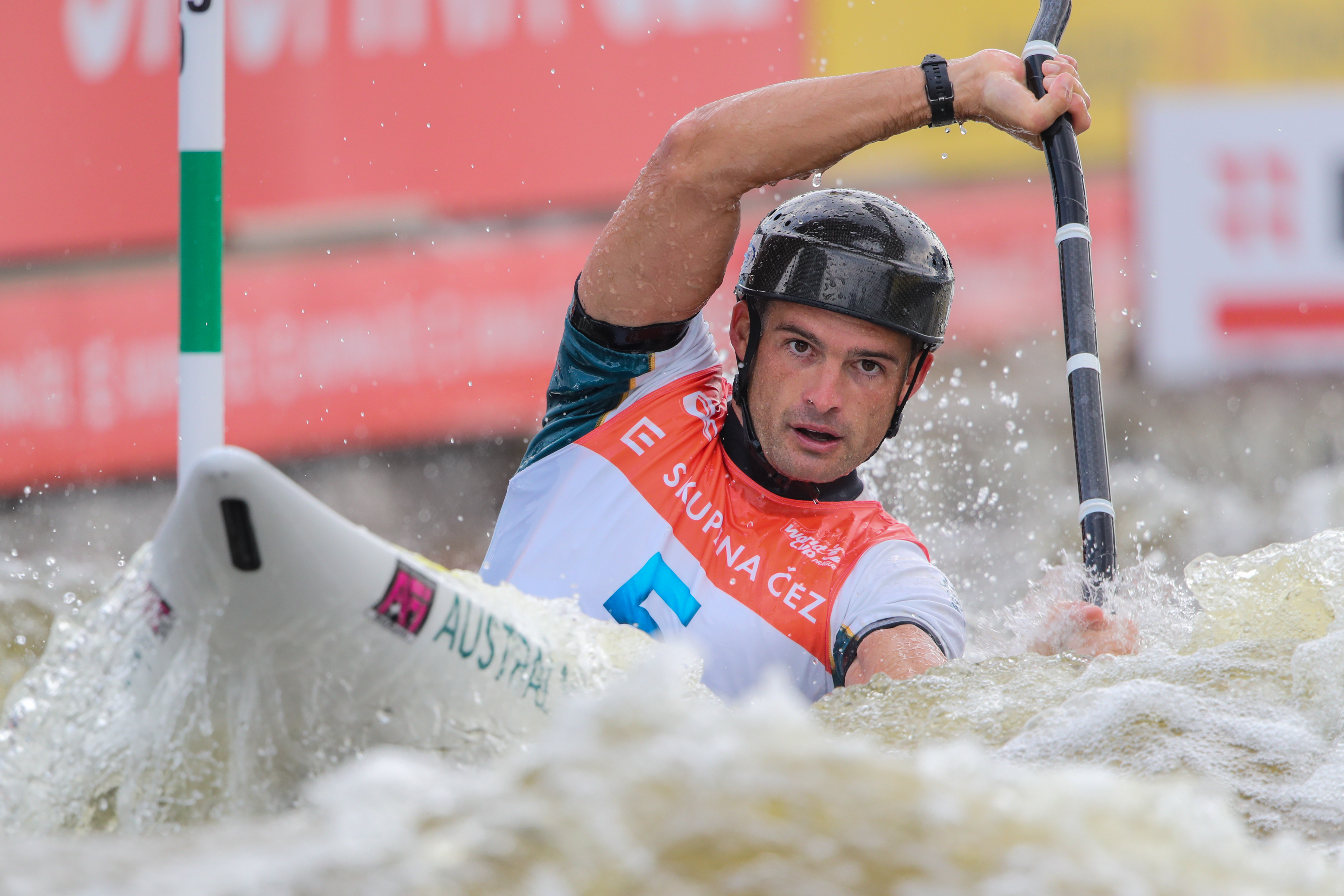 Prague was the first time since September 2019 that Australia’s Olympic Team canoe slalom paddlers were able to compete at a World Cup event and they made the most of the opportunity to once again take on the world and gauging where they are at with the Tokyo Games only a few weeks away.

The team will be contesting the 2021 ICF Canoe Slalom World Cup 2 in Markkleeberg / Leipzig in Germany next (18-20 June 2021), before further training in Europe and an ICF training camp in Tokyo in the lead up to the Games.

Catch up on racing here: https://planet.canoeicf.com/2021SlalomWorldCupPrague.