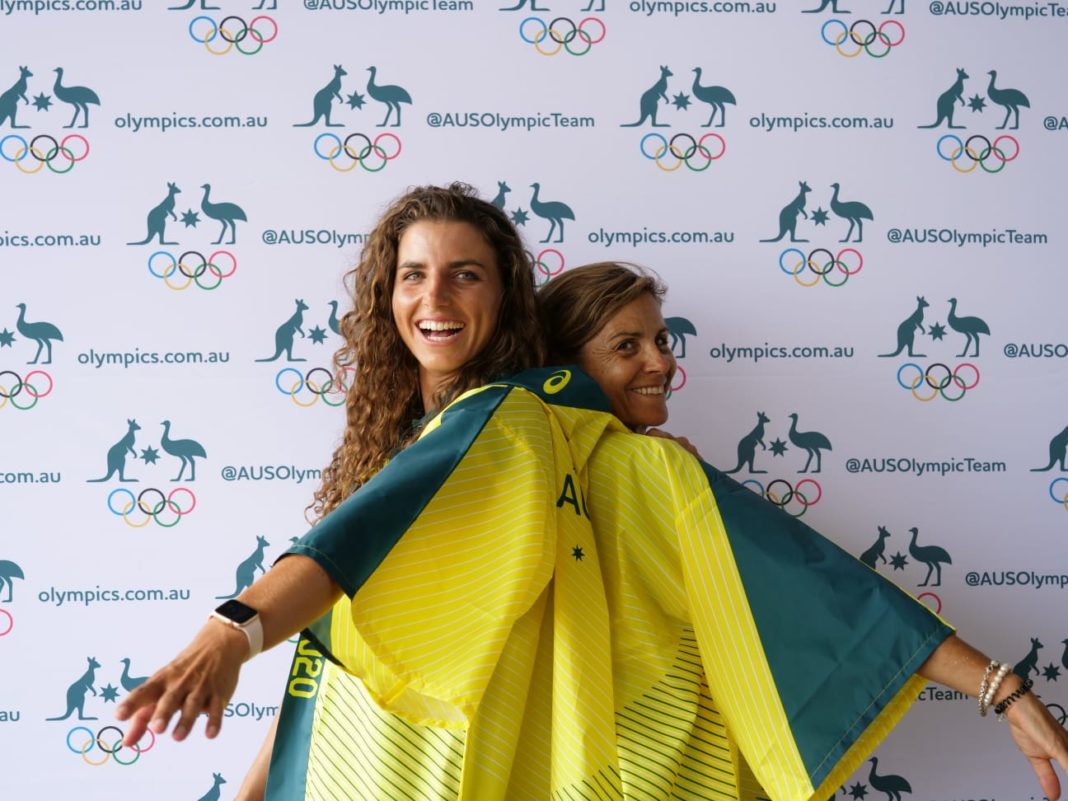 Not only is she a mother, but she’s lucky enough to perform two important roles in the lives of her daughters.

Myriam Fox has been a coach within the Canoe Slalom program for a number of years, the same program which has fostered her daughters Jess and Noemie.

While it was tricky at the beginning for Myriam to switch between ‘hats’, it’s something that she thinks she is much better at now.

“I’m quite good now because I’ve been doing it for a number of years – I think I can wear both caps and swap,” Fox said.

“When they’re racing, I’m usually a coach, but nevertheless my heart races, but it races for any of my athletes that are racing.

“But I know I can’t do anything once they’re in the water, it’s in their hands.

“I’m a very technical coach, so I try to watch the race with not so much emotion,” she said.

With Jess a seven time World Champion and a dual Olympic medallist, and Noemie a junior athlete on the rise who’s carving a name for herself in the sport, Fox is one proud mum.

“I’m very fortunate that I get to spend a lot of time with them, but it also has its challenges,” Fox said.

“I’ve got plenty of proud memories – but if I had to pick a stand out one it could be the first time I saw them go down the river in Penrith.

“You think they are so young, but they managed to stay upright. Or the first time they did a roll where I jumped for joy.

“But then there’s the medals – winning their first international race at the Youth Olympic Games, Jess becoming a World Champion. As a coach, and as a mum, they’re all proud moments.

“While I’m so proud of their careers as athletes, I’m proud of my daughters for being caring, young ladies, fun, independent and intelligent,” she said.

When it comes to Mother’s Day celebrations, Fox said it will be simply spending time with her daughters that will be most important.

“Usually we don’t have big celebrations – but it’s also not just a day that we have to do something to celebrate,” Fox said.

“It can be spontaneous – if we go for a walk together or get coffee.

“It’s all about spending time together and that’s what I enjoy most,” she said.

Paddle Australia would like to wish all the mum’s in the paddling community a Happy Mother’s Day.