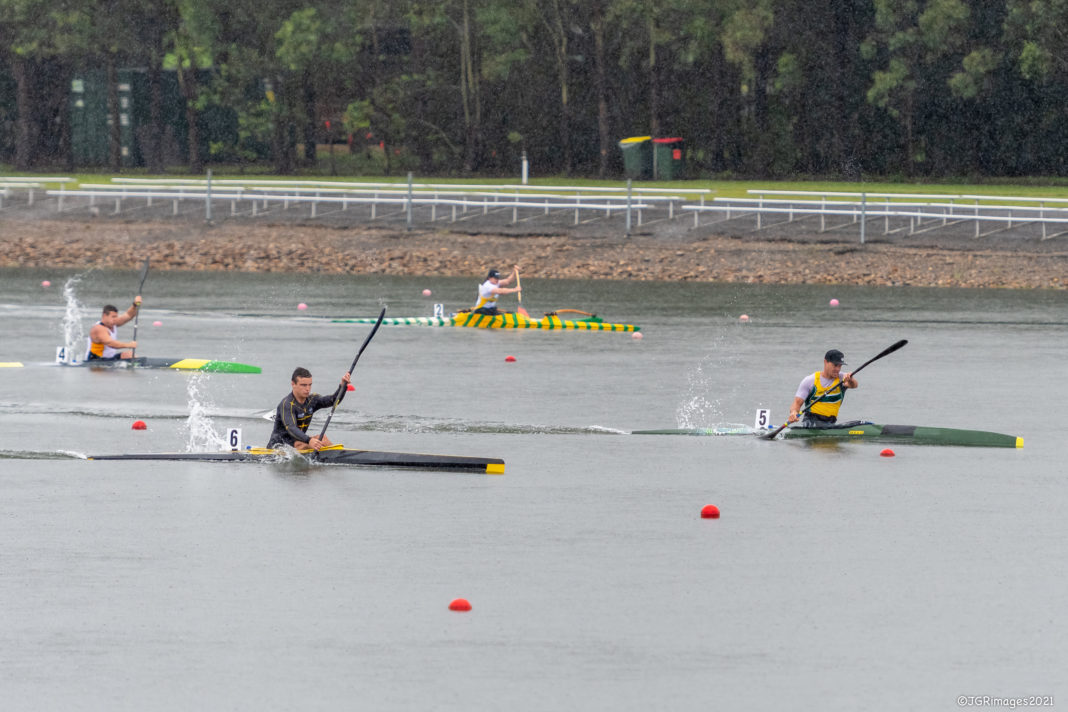 The future of paracanoeing in Australia is looking bright with an exciting squad of para-athletes presenting themselves at last week’s Paddle Australia Paralympic selection trials.

Five months out from the Paralympic Games in Tokyo, 2016 Paralympians Curtis McGrath, Dylan Littlehales, Susan Seipel and Amanda Jennings (former Reynolds) all locked in their nominations to their second Australian Paralympic Team after fulfilling the Paddle Australia selection criteria.  The team is expected to be announced in a couple of months’ time.

They were pushed to the finish line by the exciting paracanoe talent coming from Western Australia, including Ben Sainsbury, Kathleen O’Kelly-Kennedy and Mark Daniels, who all have been rather new in the sport, but made the most of the last 12 months.

Following last week’s trials, 10-time world champion and Paralympic champion McGrath will be nominated to contest both the kayak (KL2 200) as well as the Va’a (VL3 200), as will Paralympic bronze medallist Susan Seipel, who will be nominated in the women’s KL2 and VL2.  The Va’a outrigger canoe will premier on the Paralympic program Paralympian with both McGrath and Seipel having the chance to go for two medals.

“It’s nice to have the chance to race both boats and I’m grateful for this opportunity.  To represent Australia is the ultimate goal and hopefully I can stand on top of the podium twice,” McGrath said.

“It was really cool to be back in Sydney, racing on an international course and having the opportunity to race Dylan and the new guys coming in,” McGrath expressed what everyone felt after a year away from competition.

“I was smiling on the start line and was really excited to be back racing.  I’m just super excited to have the opportunity to compete in both classes in Tokyo and I’ve always dreamed about it since I started,” Susan Seipel said.

In the women’s KL3 200 Amanda Jane (AJ) Jennings (former Reynolds) needed an extra round to confirm her nomination after going head-to-head with paracanoe newcomer and Para-wheelchair Paralympic medallist Kathleen O’Kelly-Kennedy, who pipped her on the line at the first race on Thursday, before having to give in to Jennings’ years of experience in a final race-off on Friday.

Paris 2024 always was the goal for Kat O’Kelly-Kennedy and after a strong performance last week she looks set for a long future in the sport of paddling.  With an extra 12 months of training since last year’s selection racing under her belt, she made big improvements resulting in the tight finishes.

“This time last year I was seven seconds behind her (AJ) and only staring at her back and now I’ve made her earn the spot and I feel really good about that.  And it must feel even better for her.  Having competition in the trials and as well as in her preparation for the Games,” O’Kelly-Kennedy said after the trials.

“I learnt a lot about what it means to back up for the race.  I really felt it in my body in the second race and that’s just me getting used to doing those kinds of efforts and just having more regattas.  I don’t really have a whole lot of experience going out in the 200 and doing it all again the next day.  I definitely felt it in my body, but on the line, I felt nothing but gratitude for WAIS and my family, my friends, just everyone who supported me through these 12 months.”

“We choose to do this and it’s so amazing to feel the whole paddle community is behind you – especially as a disabled athlete coming from a sport where there’s probably not as much support around.  But I’m feeling completely included by my able-bodied friends and equals and I just feel equal to all the other athletes in this sport and that’s a really awesome feeling.”

With now only three and half years out from the Paris 2024 Paralympic Games, the paracanoe squad is not only it its final months of Tokyo preparations, but also already way into the next Paralympic cycle with Kathleen O’Kelly-Kennedy and her Western Australian Institute of Sport (WAIS) teammates Mark Daniels and Ben Sainsbury also underlining their intentions to be a force to be reckoned with once the next Paralympic trials come around.

All of them are rather new to the sport and the extra year of training since the Tokyo postponement has given them a chance to develop even further while having their sights set on Paris 2024.

“I felt really good and it was some of my best racing yet,’’ Mark Daniels said after setting a couple of PBs throughout the week.  “And how many times do you get to race the world champion (Curtis McGrath),” Daniels added, who was brought into the sport by McGrath.

“Curtis scouted me two years ago from the Invictus Games and then he’s mentored me through the whole way.  And I think not many people would mentor the main competition, so it’s been really good to have Curt alongside and then to actually go out and race against each other,” Daniels added.

Daniels has been on a step learning curve ever since joining the WAIS paracanoe squad in 2019.

“I think it’s purpose that’s driving me.  Leaving the military, I lost all purpose and kayaking and paracanoe has just been something I can throw myself into headfirst and with those support networks that you get through WAIS I have been able to do that and just focus on kayaking,” Daniels explained his progress, plus the extra 12 months helped as well.

“The last 12 months have been pretty tough and although it’s been a big postponement for the ‘Paralympic Four’ (McGrath, Littlehales, Seipel, Jennings), it’s given the development guys an extra 12 months to actually work on themselves.  And over in WA given the culture, it’s quite a new para team and we are all pretty new to this within two years and the extra time has given us the chance to really build our own skills.  Most of my developments have been in the Vaa.  I’m a lot more competitive in the v1 than in the K1 and I really worked hard over the last 12 months.”

While Daniels is competing with Curtis McGrath in the same classification, Ben Sainsbury is competing in the VL1 and KL1 classification category and is hoping to secure Australia another spot in the two events come Paris.  Very new to the sport, he was thrilled about the progress he has made.

“It was good to do some races and really good to paddle with the guys from Rio and everyone else.  I’m fresh and only six months into the boat and the first Australian VL1 paddler and it’s been an excitement trying to adapt the boat and making it work for me.  It’s been a cool journey and I’m loving it,” Sainsbury said, who is also racing the kayak event.

“It was good to get to the start after a year off with COVID and it’s good to race both events.  I think they complement each other.  I think va’a is good strength building for the K1 and I’m loving both of them.  We have been lucky at WAIS with Perth not getting locked down as badly as the other States so we were still able to train.  And thanks to the coaches and staff at WAIS we’ve been able to improve and I have been making some good grounds.

“There are still a couple of months until nationals which gives us a bit of time to head home and work on some more adaptions to get more rigid in the boat and work on technique and strength and hopefully come out better at nationals,” Sainsbury added about the plans ahead.

The WAIS squad returned to Perth this week, while the Paralympic squad has gone back to the Gold Coast for another two months of training before returning to the Sydney International Regatta Centre (SIRC) for the 2021 Paddle Australia Canoe Sprint Championships in May (20-23 May 2021).

The Paracanoe trials took place at Sydney International Regatta Centre as part of a Tokyo 2020+1 Simulation Camp that included the full Olympic race program and was contested by the Tokyo Australian Olympic Canoe Sprint Team as well as Paddle Australia’s up and coming canoe sprint talent, the Paris 24 development squad. 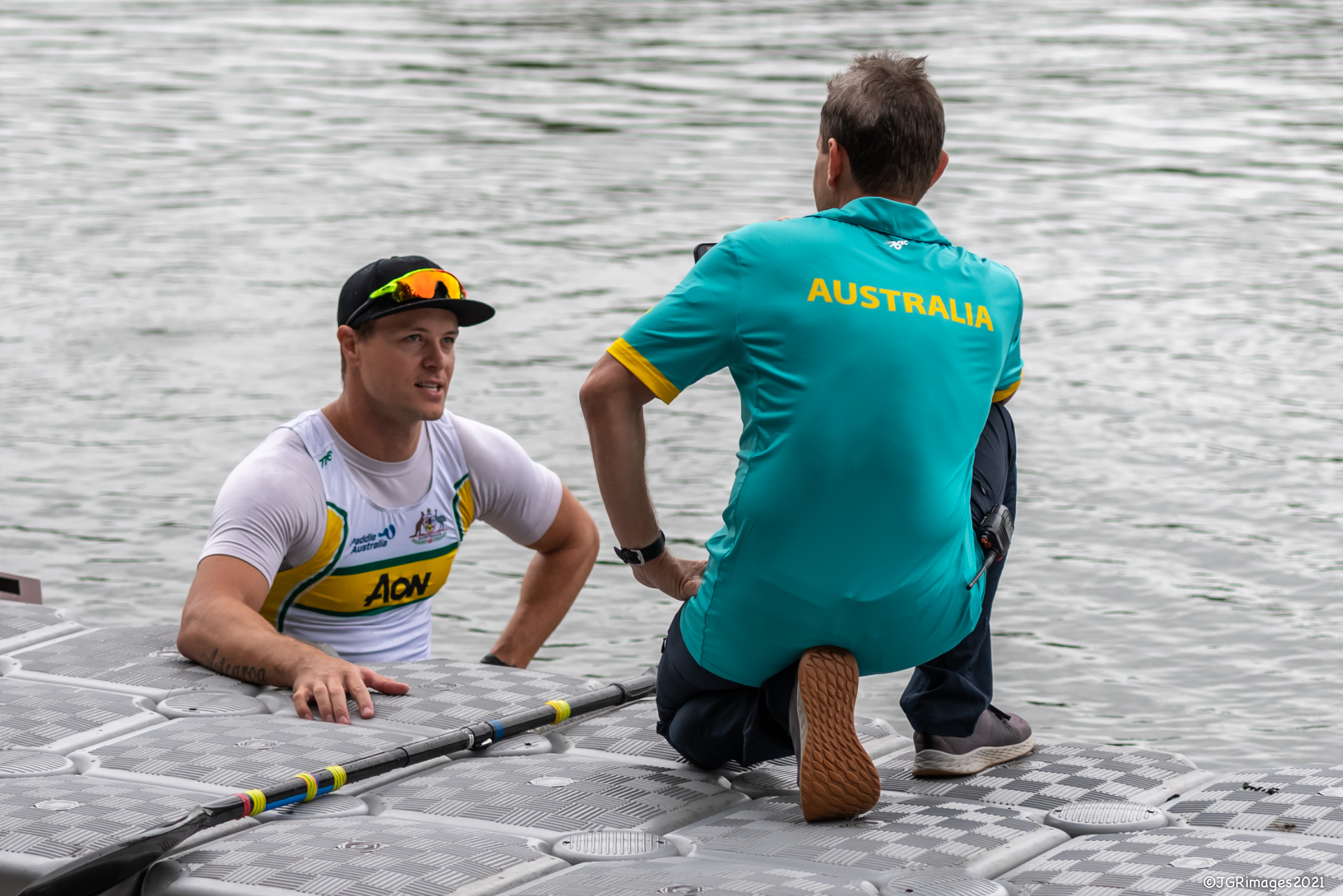 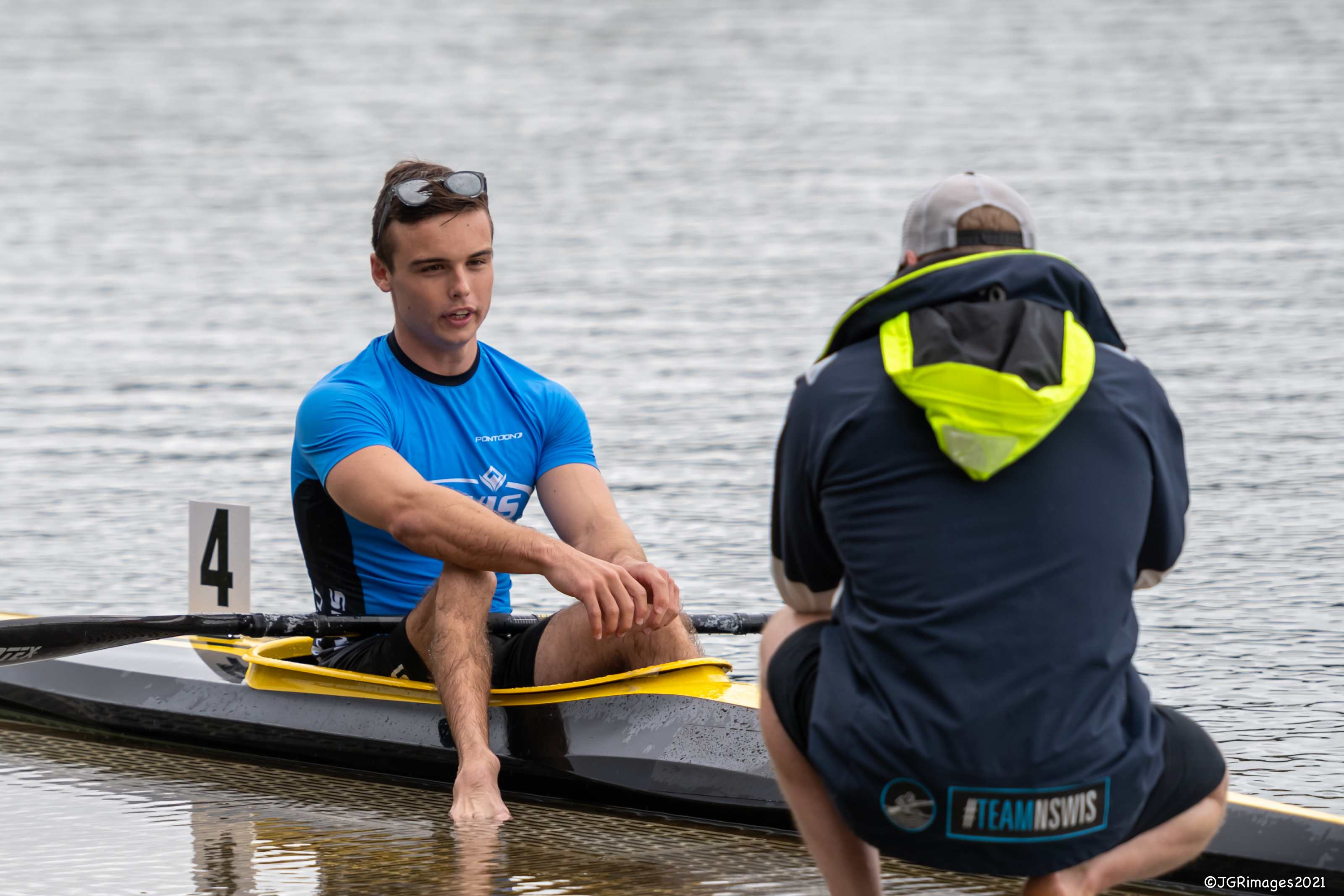 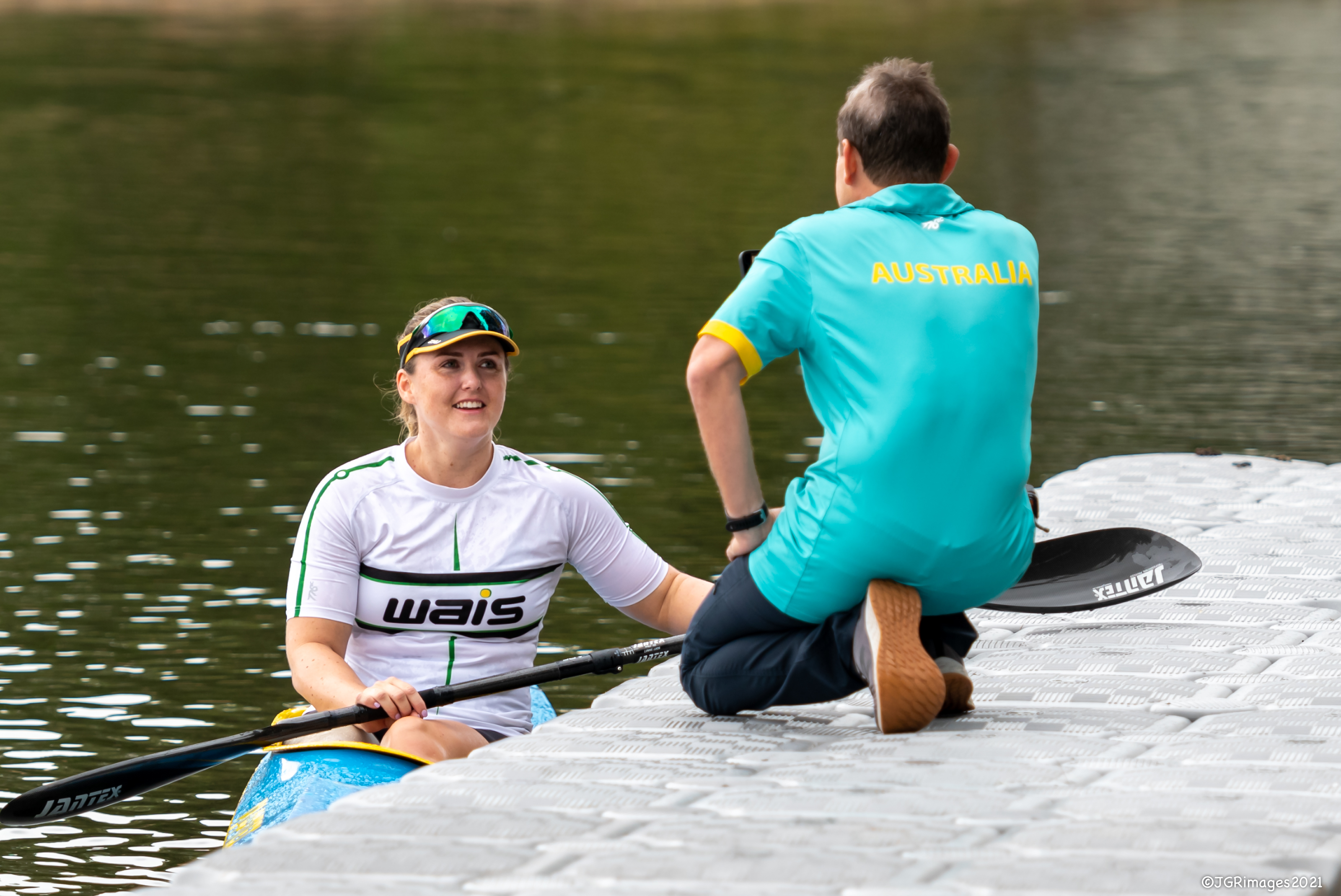 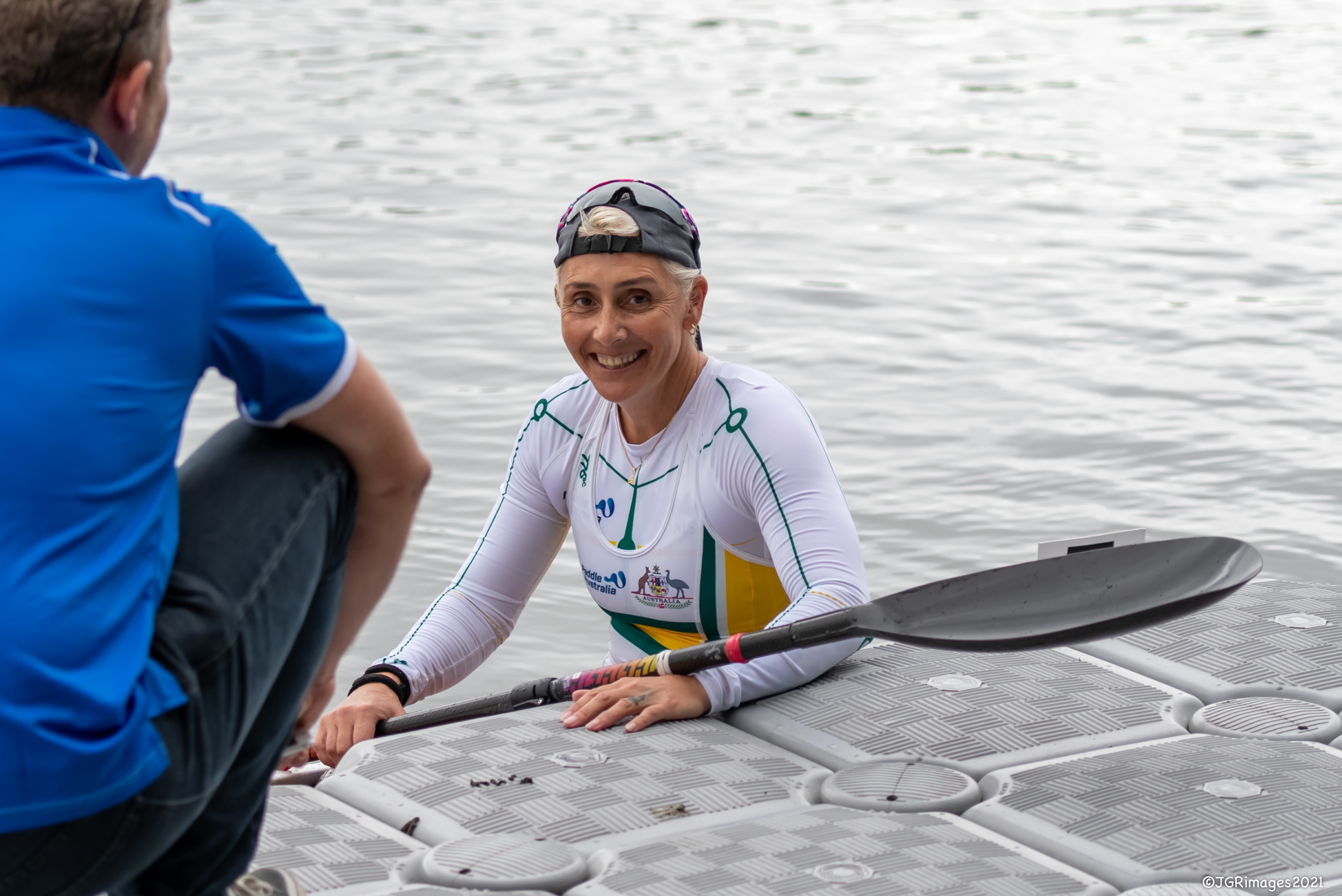 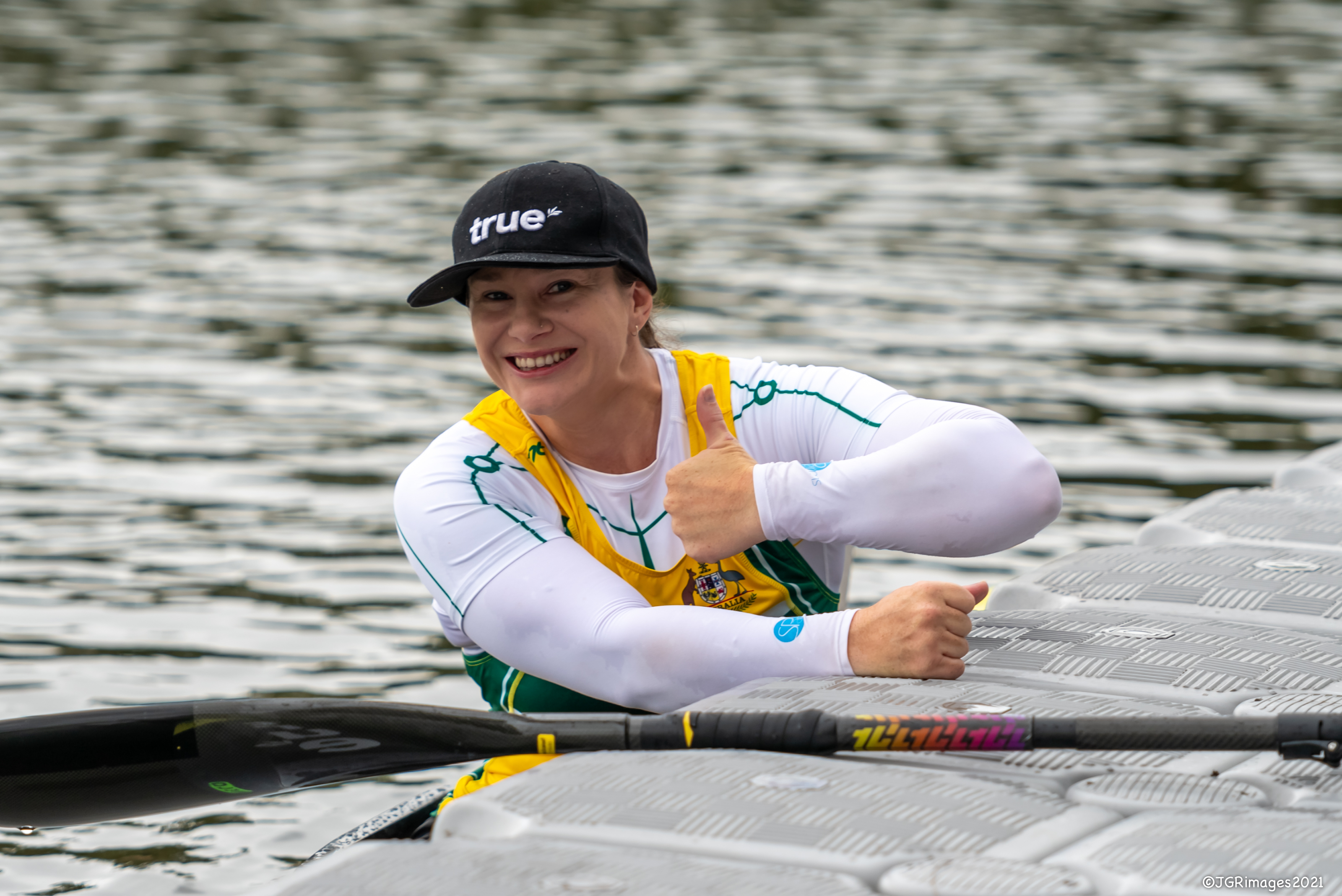