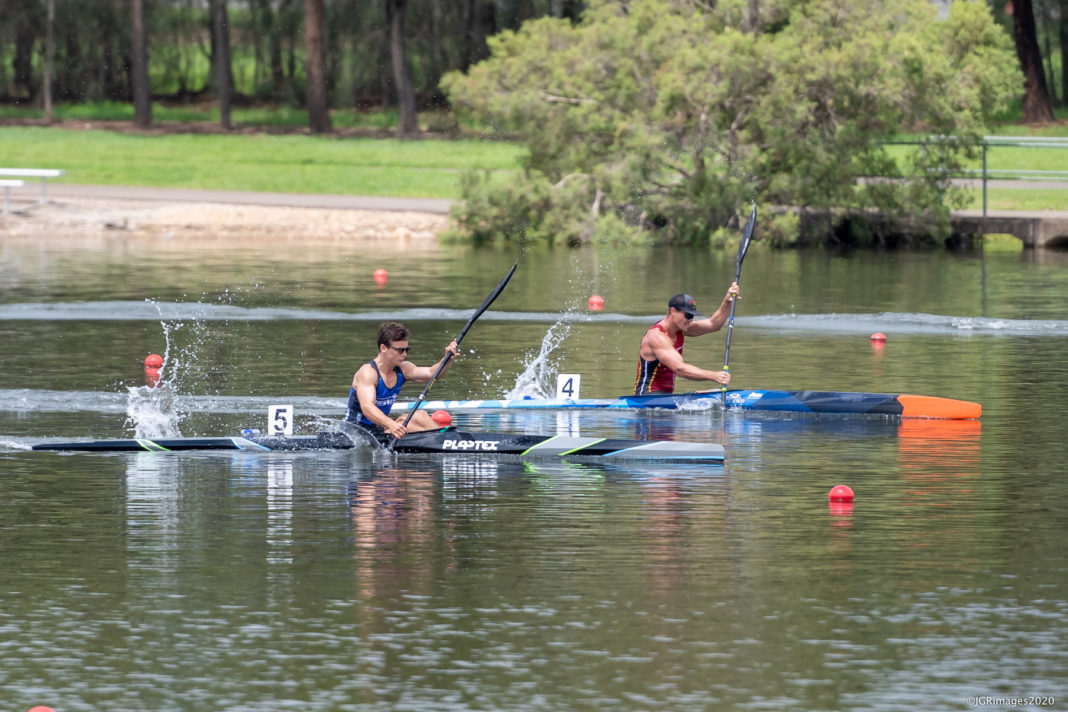 Paddle Australia’s Paracanoe athletes will convene at Sydney International Regatta Centre this week to secure their selection for the Tokyo 2020+1 Paralympic Games.  Their Olympic canoe sprint counter parts, who already secured their selection in March last year, will conduct a training camp together with Paddle Australia’s Paris 24 talent development squad at the same time, with the team set to rehearse the Tokyo race environment.

The team already secured Australia the Paralympic quota spots at the 2019 ICF Paracanoe World Championships with Australia currently aiming to be represented in both the kayaking events as well as in the Va’as – outrigger canoe events, which will debut at the Tokyo Paralympic Games.  It is the second time that paracanoe will feature on the Paralympic Games program.

Paddle Australia’s Rio 2016 Paralympians will be challenged by the up and coming paracanoe squad training at the Western Australian Institute of Sport with Ben Sainsbury (WA), Mark Daniels (WA) as well as wheelchair basketball Paralympic medallist Kathleen O’Kelly-Kennedy (WA) also making the trip to Sydney.

While the tickets to the Paralympic Games are yet to be confirmed, Paddle Australia’s Canoe Sprint paddlers already secured their tickets at the end of March 2020 and were one of the last teams confirmed for Tokyo 2020 before the Games were postponed.

At Sydney International Regatta Centre the team will use the opportunity to prepare for the strict training and racing environment expected in Tokyo in a camp that will be organised as a dress rehearsal for Tokyo.

“The camp will provide an opportunity for Olympic team athletes and staff to rehearse the full Tokyo experience both on and off the water.  The mornings will involve a Tokyo simulation regatta allowing athletes to race the Olympic program and fine tune their process around racing, including warm up, warm down and recovery strategies.  Outside of racing, athletes will be confined to their hotel rooms and expected to abide by strict Covid-19 restrictions that they are likely to experience in Tokyo,” Paddle Australia National Performance Director Shaun Stephens explained.

The team will be joined by Paddle Australia’ Paris 24 talent development squad, who are looking forward to race their Olympic idols.  Find out more about the Paris 24 squad HERE.

It will be the first time that the team returns to Sydney International Regatta Centre since their selection racing there last year.

“It will be fantastic to see the athletes competing again after a long 12-months.  They have all been training well and are looking forward to testing themselves under competition conditions and getting a marker of where they are and what refinements they need to work on over the coming months,” Stephens added with only four and half months to go to the Tokyo 2020+1 Olympic Games.

Racing at Sydney International Regatta Centre will start on Wednesday, 17 March and run through to Sunday, 21 March 2021 with the paracanoe selection scheduled for Thursday, 18 March 2021.

Olympic canoe sprint racing will simulate the Tokyo program and run each day from 9:30 a.m. to approximately 1 p.m. Follow @auspaddleteam on Facebook for event updates.

Find out more about our Paracanoe Squad HERE.

And more information about our Olympic canoe sprint athletes can be found HERE.