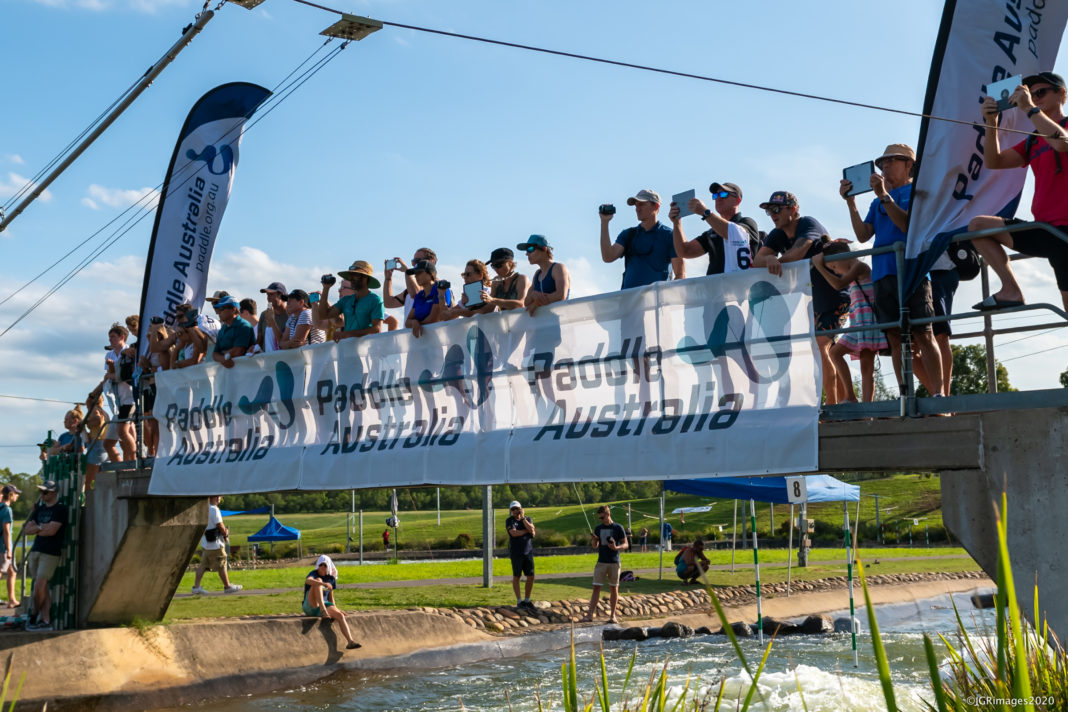 Penrith has been announced as host city for the 2025 ICF Canoe Slalom World Championships with plans to revamp the Whitewater Stadium included in the bid presented by Paddle Australia with the support of  the Australian Government, NSW Government and Penrith City Council.

25 years after it hosted canoe slalom at the Sydney Olympics, Penrith Whitewater Stadium will once again welcome the world’s best paddlers and host the canoe slalom and extreme canoe slalom world titles.

ICF President Jose Perurena said returning to an Olympic venue was important for the sport.

“Returning to Sydney underlines how our Olympic venues can provide a wonderful legacy for a host city,” Mr Perurena said.

“Nearly all of our canoe slalom Olympic venues continue to host international events.  Next year we will celebrate 50 years since slalom made its Olympic debut in Munich, by returning to Augsburg for the world championships.

“Penrith will also be an important host, ahead of the possibility of Brisbane hosting the 2032 Olympic Games.”

The event will run from 1 October to 6 October 2025, the year the city will celebrate the 25th anniversary of the Sydney 2000 Olympic Games.  In the lead up to the World Championships, Penrith will also host ICF Oceania Championships and Australian Open events which will help the athletes and organisers prepare for the world champions competition.

Paddle Australia CEO Phil Jones said hosting the 2025 ICF Canoe Slalom World Championships offered a timely opportunity to bring the world back to Penrith in celebration of sport and community.

“Hosting the event in Penrith is all about the rejuvenation of an Olympic legacy while bringing together the paddling community and sharing our sport with the general public ,”  said Mr Jones.

“Our mission is to connect the community to our sport through a memorable visitor and spectator experience at the World Championships and an exciting global broadcast of all the action and the water lifestyle available in Penrith and Sydney.

“Sydney 2000 gave the city a world class whitewater facility.  Our vision is for the 2025 ICF Canoe Slalom World Championships to be held at an upgraded venue meeting new world standards within a leisure precinct which can be enjoyed by everyone.

“This event will inspire a new generation of competitors, much as the Sydney 2000 Olympic Games canoe and kayak competition inspired some of the biggest names in our sport today, including Australian Olympian and silver medallist Jessica Fox.”

Fox, who lives in the Penrith region, played a key role in the video presentation supporting Australia’s bid to the International Canoe Federation, delivering the vision for the event and detailing the facilities and appeal of her home area.  In the video, she tells the story of how watching the competition in 2000 inspired her own Olympic journey.

“I was six years old when I sat high in the stands at Penrith Whitewater Stadium, cheering on Australia and watching Stepanka Hilgertova, Tony Estanguet, Thomas Schmidt and the Hochshorner brothers win gold at the Sydney Olympics. It was the beginning of my Olympic dreams,” says Jessicain the video.

“Twenty-five years on, we’d love to welcome the world back to Penrith for a world championship full of promise and opportunity – for the athletes, the sport and our community.”

Today, Jessica Fox was excited about the reality of welcoming those athletes to her home training ground in four years’ time.

“It will be great to welcome the world back to Penrith for summer training and our annual lead up events, and then especially for the Worlds in 2025. Racing on your home course is always special and it will be a great motivator for all of us in the community,” said Jessica.

The event will bring significant financial and business opportunities to the Penrith region through accommodation, transport, food and beverage, venue overlay requirements and hospitality requirements.

The Mayor of Penrith, Councillor Karen McKeown OAM, said this was another proud moment for the city which has hosted several international canoe slalom events in the years since the Sydney 2000 Olympics.

“A successful World Championships will promote our city, be valuable to our tourism economy and give our community access to a world class event,” said Councillor McKeown.

“This is wonderful news for the sport and for Australia. We are a trusted host for major events,” said Mr Carroll.

“To add the ICF World Slalom Championships to that ten year “green and gold” runway of major international sporting events coming to our shores ahead of a potential 2032 Olympic Games in Brisbane makes it even more special.

“Hopefully funding will be forthcoming to add the icing to the cake with an upgrade to the facilities at Penrith in time for 2025. My congratulations to Paddle Australia.”

Full operational details of the 2025 ICF Canoe Slalom World Championships will be developed over the coming months as Paddle Australia works closely with the International Canoe Federation and key stakeholders on plans for the event.