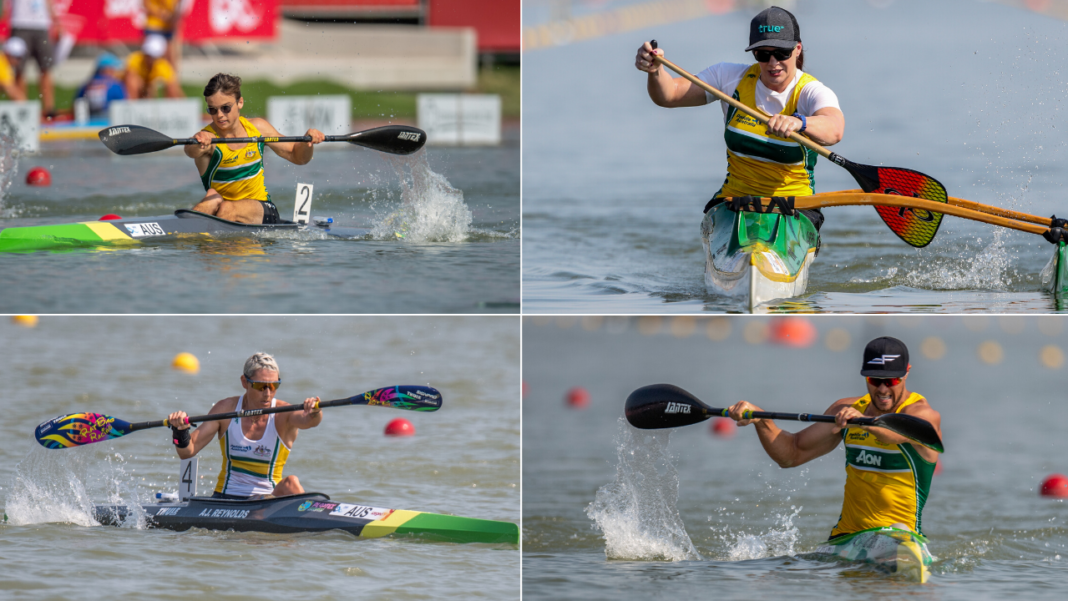 Paddle Australia’s paracanoeists were hoping to compete at the Tokyo 2020 Paralympic Games this week, but with both the Olympic and Paralympic Games postponed until next year, there are another 12 months to train and get ready for the squad.

Tokyo will only be the second time paracanoe will feature at the Paralympic Games after the sport was added to the Paralympic program at the 2016 Games.  Rio 2016 Paralympians continued to look strong this season with Curtis McGrath (QLD), Amanda Reynolds (VIC), Susan Seipel (QLD) and Dylan Littlehales (NSW) once again the stand-out paddlers at the 2020 Paddle Australia Canoe Sprint National Championships earlier this year.

After securing Australia’s paracanoe quota spots at last year’s ICF Paracanoe World Championships the squad locked in their Paddle Australia 2020 team nominations and world championships team selections in March.  But following the cancellation of the 2020 world championships and the Paralympic Games postponement, athletes will have to requalify in March next year.

While the timelines have changed, the goals have not as 2016 Paralympic champion Curtis McGrath assured.

“Despite the Games being another year away, I am still as keen as ever to get there and compete in the green and gold.  The time we have been given to prepare I have seen as a blessing and it has been nice to be able to look at the next year without the Games bearing down.  No doubt, they will be upon us sooner than we expect but equally nice to have a bit more time up our sleeve.”

Rio 2016 silver medallist in the women’s KL3 200 Amanda (AJ) Reynolds has a similar approach with the extra year opening up other opportunities as well.

“It was a disappointment to hear of the postponement and that we now are looking to have to re qualify our personal positions on the team, but it has given me another 12 months to get stronger and sort my life out so I can now focus on what I need to,” Reynolds said. 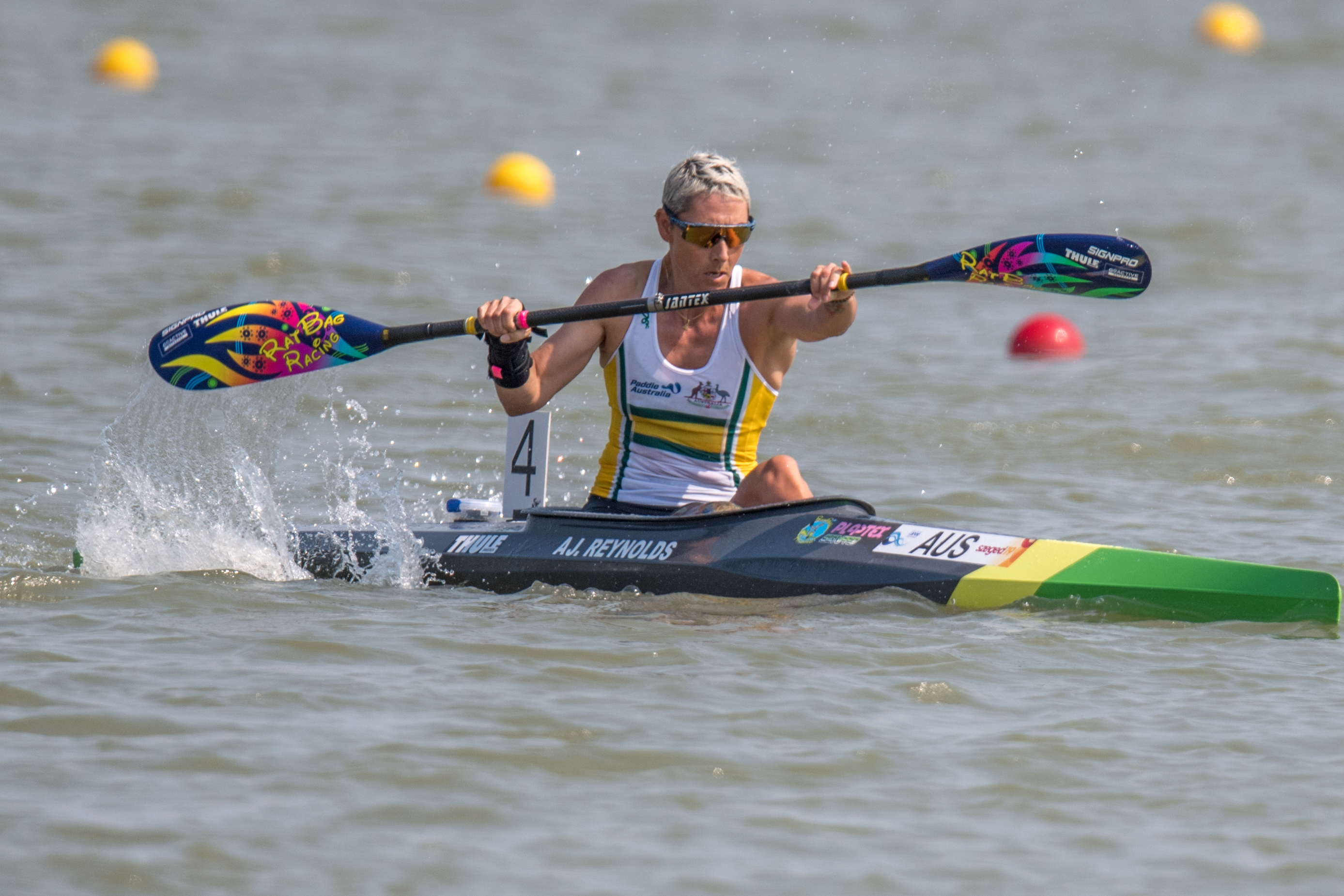 “With everything that’s going on in the world my thoughts are with all the families that have lost loved ones and closer to home with all the Australians that are fighting to stay on top of the current situation,” Reynold acknowledged that in the big scheme of things, athletes are still fairing ok, despite the postponement and initial disappointment – a sentiment echoed by Paralympic bronze medallist in the women’s KL2 200 Susan Seipel.

“I was really disappointed when I first heard about the Paralympics being postponed but now, I am relieved that we are not trying to travel and compete during a pandemic.  I do hope the Games can be held next year even if they have to be modified to ensure the health and safety of everyone involved,” Seipel said.

“I was feeling a bit disappointed as well, as anyone would in our situation.  We’ve all been working towards these Games over the past four years and to then be told we have to go another 12 months isn’t easy for anyone.  But myself and the rest of the team will use this extra time to comeback better next year,” team youngster Dylan Littlehales agreed. 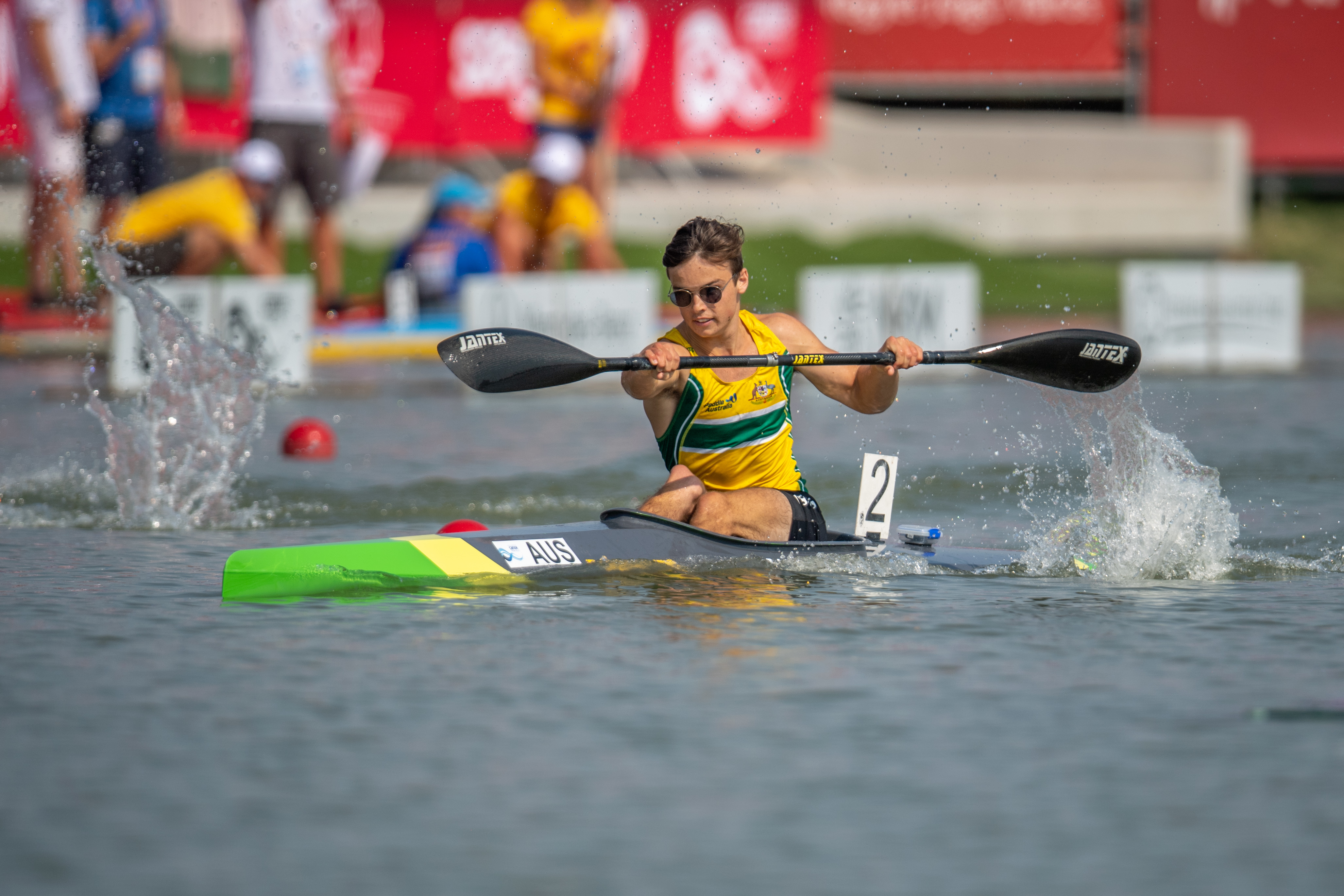 “I took about two months off after nationals to do a few other things.  I am back into almost full training now and my current plan is to focus on full time University and fitting training in around that until November and then raise my training load slightly coming into the domestic season before final preparations for the Tokyo Games,” 20-year old Littlehales said.

“It wasn’t easy staying motivated though over the past few months with everything that is going on especially with the possibility of the Games not going ahead or at least not to the anticipated potential,” Littlehales described the rollercoaster athletes have been on.

“This is why I took two months away from kayaking after the postponement so that when I returned, I’d want to be on the water and training.  Now I am motivated by the enjoyment of paddling.  Also, I’m someone who likes to push himself and doing it with great people around me makes it all the more rewarding.”

Team mate Susan Seipel kept motivated by focussing on the goals ahead and has her eyes not only set on Tokyo 2020 but also on Paris 2024. 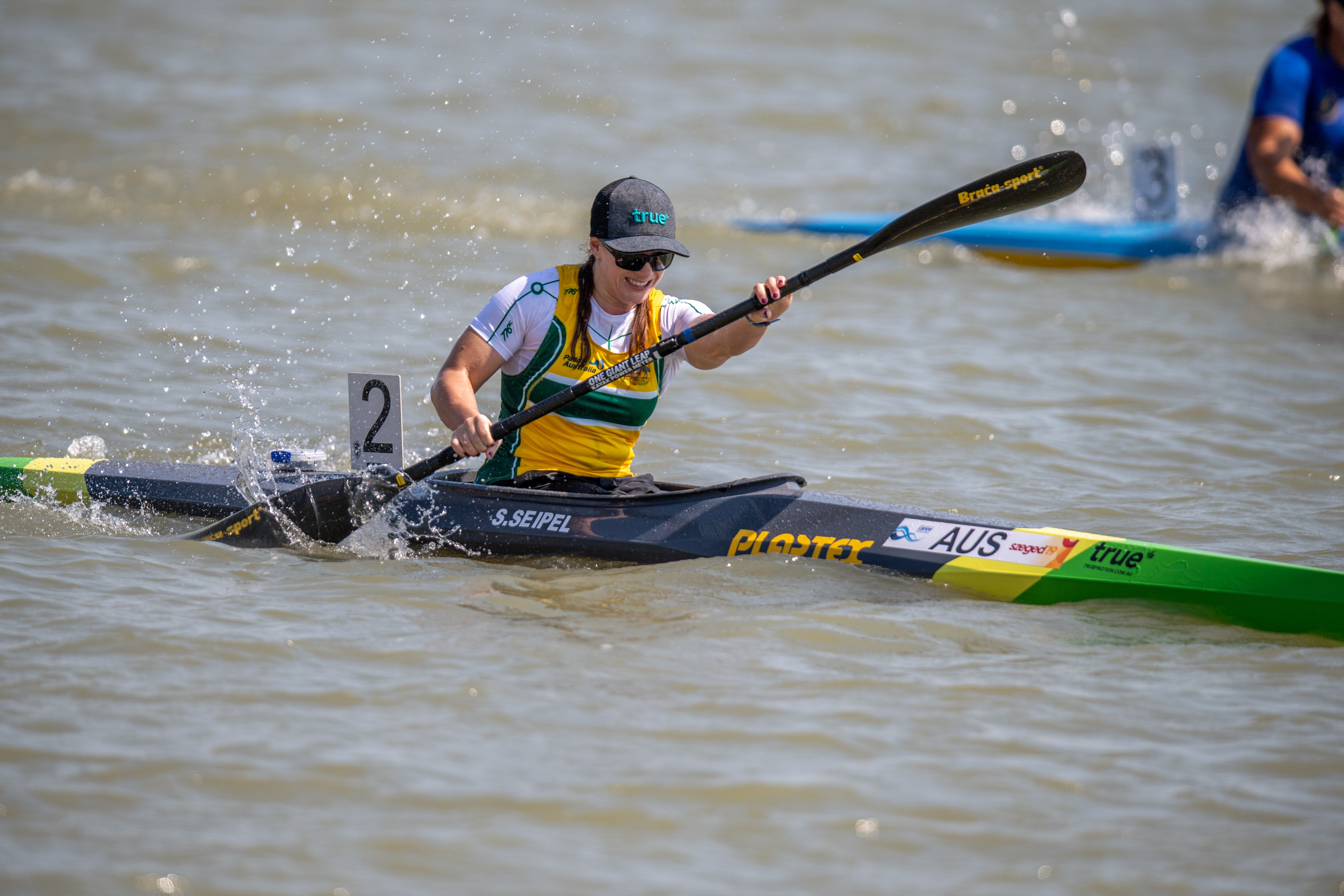 “I always planned to keep paddling beyond Tokyo which has really helped me stay motivated.  Plus, when so many people couldn’t do their sport because of Covid-19 I was very grateful to still be able to get out on the water and train.  I think challenging times like these really make you reflect on your life and if you love what you do you will be motivated to keep going,” Seipel said about the bigger picture.

“The plan is to get back into full training next month and hopefully the domestic racing season will be able to go ahead.  Fingers crossed we can do an international competition before the Paralympics next year as well,” Seipel added.

Setting smaller goals, trying other sports and spending time with her dog and horses has all been part of keeping motivated for team mate Amanda Reynolds.

“I have been pretty lucky and have been able to keep paddling and stay consistent with my training, work on my weaknesses and become stronger on the water.  I’ve also had some time to step into some cross training with triathlon and surf which I’ve totally enjoyed. 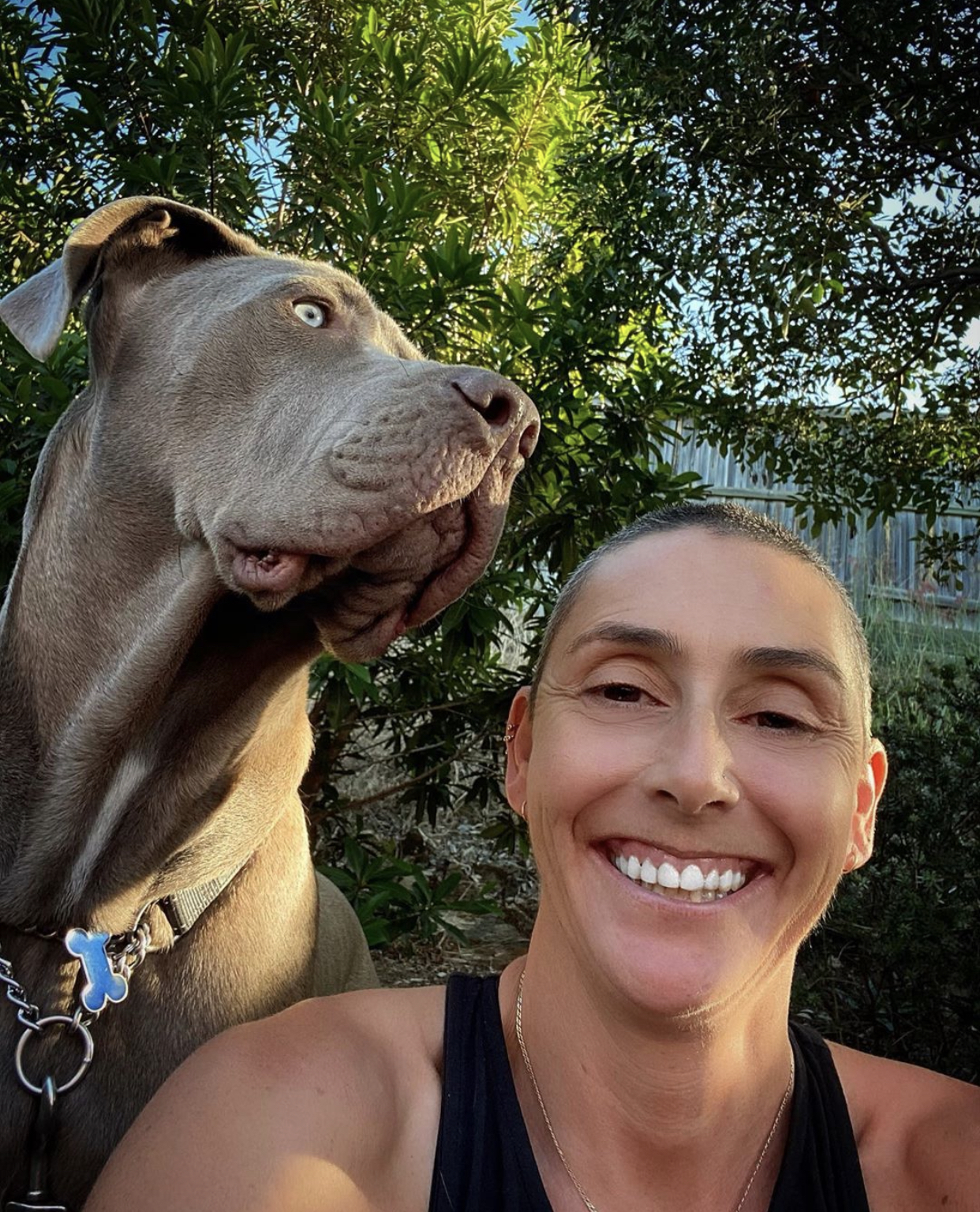 “I’m just taking each day as it comes and set myself smaller goals.  Also, when you have a 65kg puppy wanting to go for walks and play it keeps you pretty motivated,” Reynolds laughed about her training companion Mani, the neo mastiff.

While her eyes are firmly set on Tokyo, Reynolds has made the most of the time at hand, while also exploring other sports and furthering her studies.

“My goals haven’t changed and I plan to still take on the world, but for now I’m going to enjoy spending time with Mani and my horses, focus on the next up and coming race season and we will have to wait to see what the future holds with overseas competitions.  I’ll continue to cross train and maybe get a couple of triathlons in.  I’m furthering my studies in Equine Sports Therapy so I’m sure I’ll stay busy.”

Ten-time world champion Curtis McGrath has also enjoyed being able to do some other things, with the team making sure to not get burnt out and to stay focussed given the extended training time.

“Training has been nice and relaxed and I’m more focusing on staying fit and not putting on too much weight.  This month I have only been paddling two or three times a week but been in the gym a lot more so it’s been good to focus on other things to maintain the motivation for paddling and not getting burnt out.  September is when everything ramps back up and gets serious again.  It is definitely going to be a long 12 months of training,” McGrath explained his current training regime.

“My goals have not changed and my hunger for them is still the same so I just remember that I am the one with the target on my back and I need to maintain the work so they don’t catch me.  I am hopeful for a good result but we will all have to wait until the Games to see,” McGrath said about aiming to defend his Paralympic Champion title in the men’s KL2 200 metres next year.

With the 32-year old the reigning world champion in both the KL2 as well as in the VL3 and with the Va’as outrigger canoe classes added to the Paralympic program for the first time at Tokyo, McGrath will be aiming for double gold come 2021.

“The next few months are looking good.  We are planning a big block of power endurance and doing some cross training to expedite the training adaptions, like getting in a heat tent on an ergo again.  We’ll also be doing a bit of testing to make sure we have good solid base levels set and we know where to build in the coming months,” McGrath said about the goals for the next couple of months.

Uncertainties remain though with national and international border closures making it difficult to plan and with the start of the domestic competition season at the start of December yet to be confirmed as a consequence. 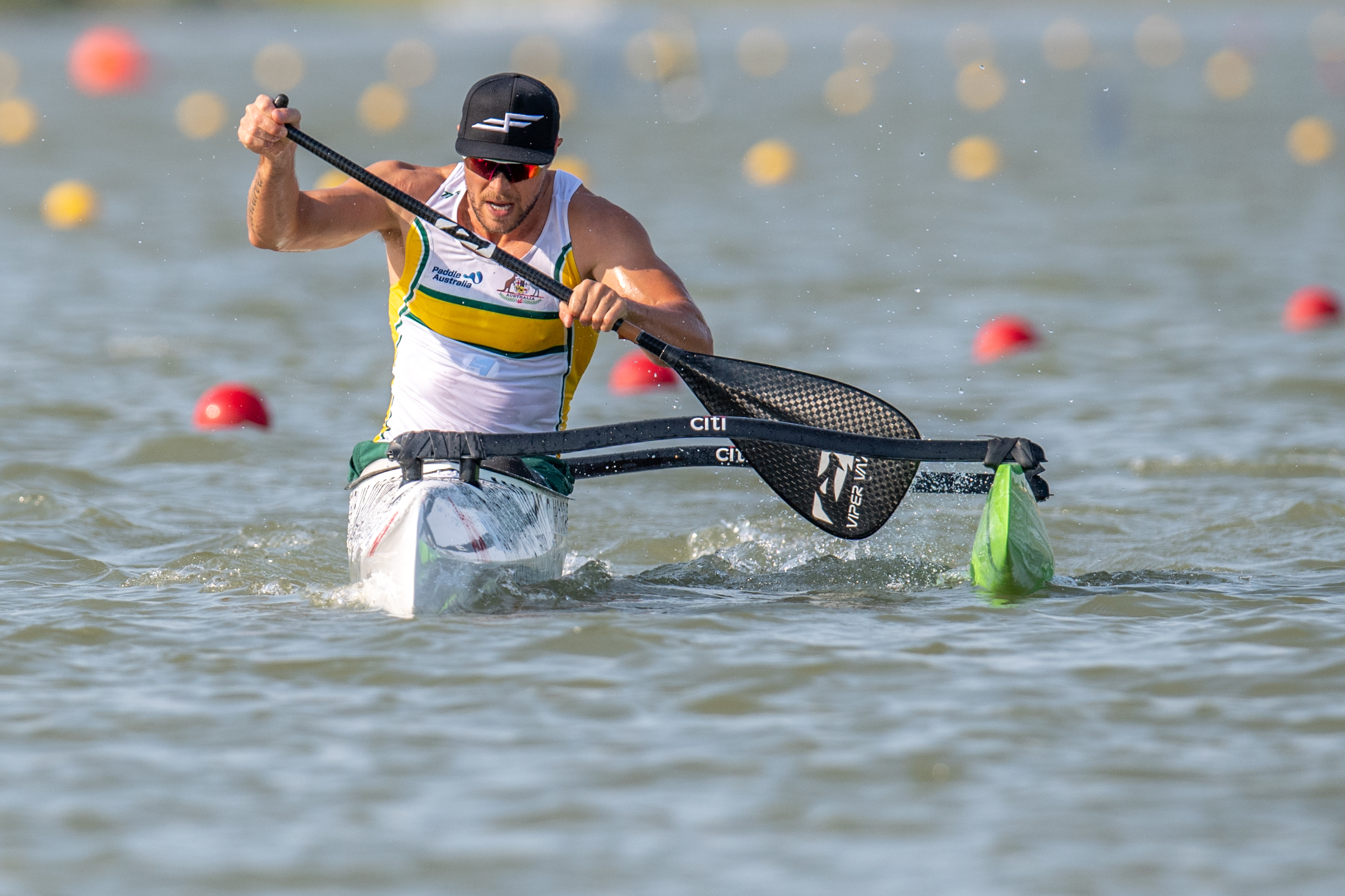 “As for competitions, I am a bit jealous because I see some Europeans competing which I know is fun, but we don’t know about the Grand Prix 1 in Adelaide (scheduled for December), which would be our first competition of the Australian season.  At this stage it sounds as though we won’t be able to get out of our state until January so I will look towards that month as the likely start of the racing season and hope a vaccine for Covid-19 is found soon.”

The Tokyo 2020+1 Paralympic Games are scheduled to start on 24 August 2021 and will run through to 5 September with the paracanoe competition to take place at Sea Forrest Waterway from 2-4 September 2021.

Find out more about paracanoe and the current squad’s athlete profiles HERE.