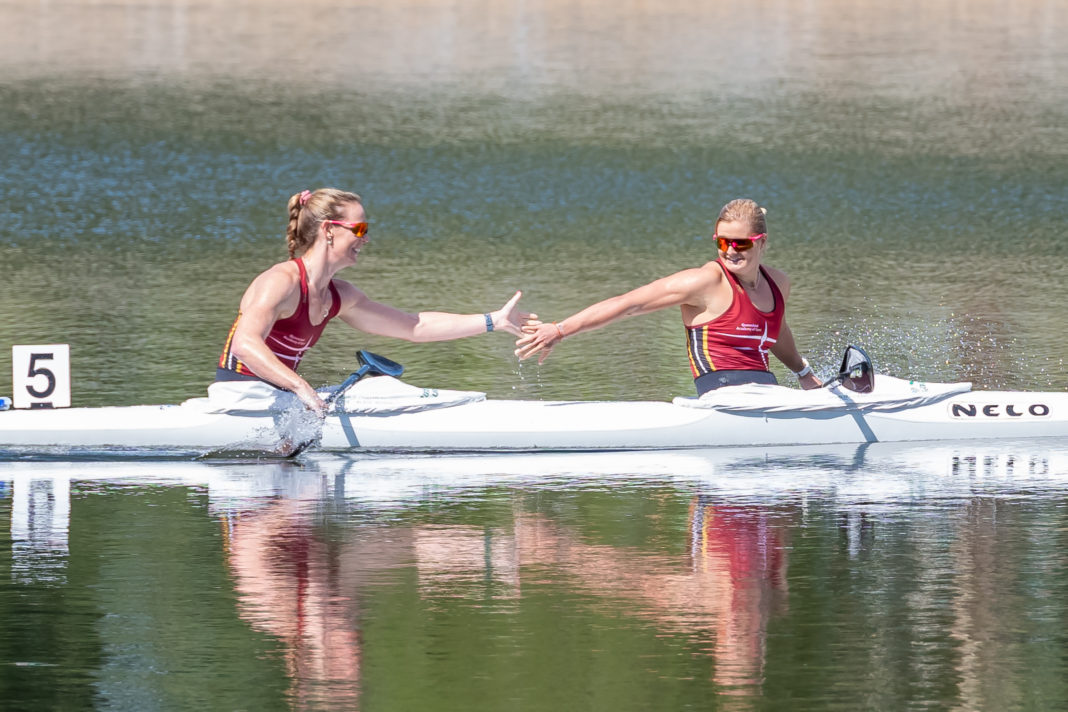 This week the Tokyo 2020 Olympic canoe sprint competition was scheduled to take place, but following the postponement of the Games due to the coronavirus pandemic, Paddle Australia’s Olympic canoe sprint paddlers will have to wait another year to line up at the start line at Tokyo’s Sea Forest Waterway.

The fourteen canoe sprint athletes were the first AOC athletes selected since confirmation of the Games postponement until 2021 with seven athletes to make their Olympic debut next year and a further six to return for their second Games, while London 2012 gold medallist Murray Stewart made his third Olympic Team.

Despite all the challenges over the last few months, Rio Olympian Alyssa Bull says the one year to go mark is still a good reason to celebrate.

“I’m super excited that it’s a year to go (again)!  It is a pretty unique situation we are now in, I would have loved to be racing this week at the Olympics in Tokyo but due to the serious condition of Covid I completely understand and agree with the postponement.  We now have an awesome opportunity to continue to work hard for an extra 12 months,” Bull looked at the bright side of gaining extra time.

While Bull, Alyce Wood (nee Burnett) and Cat McArthur have continued training at the Gold Coast, kayak team mates Jaime Roberts and Shannon Reynolds went back to Western Australia to stay with family before the lockdown, while London Olympian Jo Brigden-Jones continued her work as a paramedic and healthcare frontline worker in Sydney.

“At the moment the women’s kayak team is quite spread out with Jaime and Shannon in WA, Jo in NSW and AB (Alyce), Cat and myself left on the Gold Coast.  We are trying to keep in touch with a team meeting every few weeks to check in to see how everyone is going.  Here on the Goldie we are training well and AB and I have started back in K2 which is really exciting,” Bull said.

If all had gone to plan, today was meant to be the day we raced our K2 final at the @tokyo2020 Olympics. Instead, we donned our matching @ausolympicteam kit for our favourite session of the week and got to work. There’s no doubt we’re all feeling a little numb at the moment, and that’s totally OK, but the extra time up our sleeves gives us so many more opportunities to get faster, which I’m super excited about! #strongertogether 💚💛

“Although the timeline has changed, my goals have not.  I’m keeping motivated by staying positive that the Olympics will go ahead in 2021,” Bull focussed on the goals ahead.

“I’m very excited to be back in the K2 and really keen to make some strong changes leading into the Olympics.  And as a little group on the Gold Coast we are pretty good at making sure we are having a few laughs along the way,” Bull added. 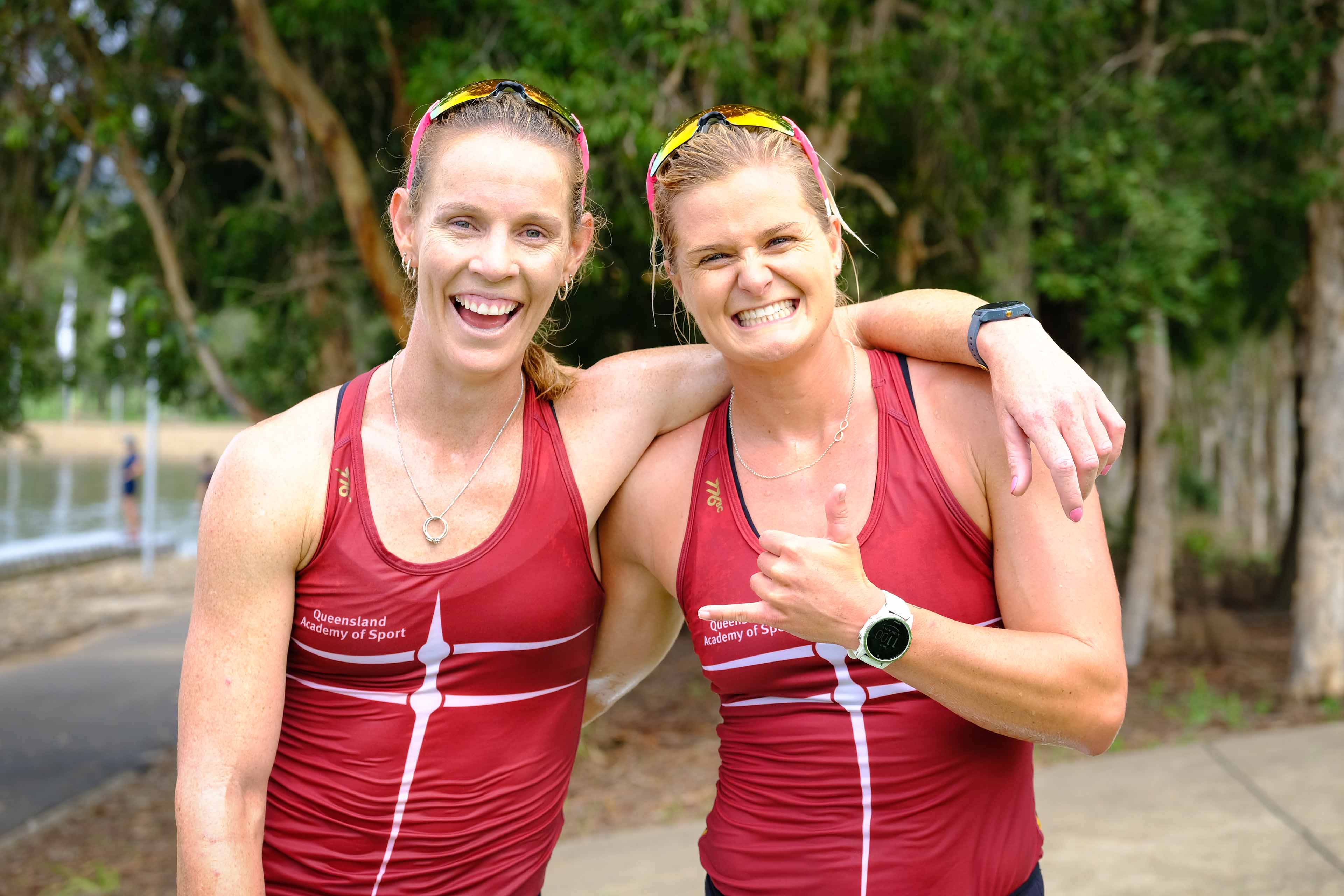 The 24-year has been enjoying going back to work full time as a firefighter with Queensland Fire and Emergency Services when the Games where postponed.

“At the moment I am enjoying being back at work full time and I’m told I have to say thanks to the crew at 18stn for putting up with me more often.  We are still training on the water four to five times and in the gym four times while also doing a few cross-training sessions each week.  It’s busy but I enjoy being busy as it keeps me out of trouble,” Bull laughed.

The men’s kayak team is also training at the Gold Coast and has been back in structured training since the start of July, including three-time Olympian Murray Stewart who moved up from Sydney a couple of weeks ago to join the team at the Gold Coast.

After individual and cross-training was the focus over the last few months, team youngster Tom Green has been happy to be back training with the team.

“We have just started back in training and it’s nice to be back out on the water even in a limited capacity.  The team environment is something that I have missed,” the 20-year old said. 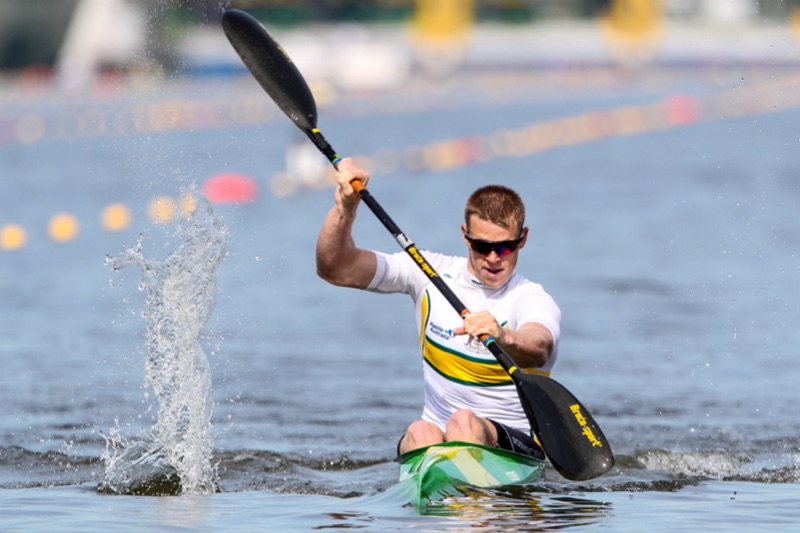 Green will make his Olympic team debut next year and following the initial disappointment about the postponement of the Games, he is now focussing on the positives.

“When the Olympics were first postponed, it was very disappointing; but I knew it had to happen to stop the spread of Covid-19.  It would have been great to celebrate my selection, but there will be opportunities in the future to do that,” Tom Green said about his initial reactions when finding out about the postponement and with lock-down limiting the possibilities for the team to celebrate their selection.

“I’m excited to be an Australian Olympian.  It doesn’t matter that the Olympics won’t take place in 2020 and instead are being held in 2021.  I’m fortunate to be young and still developing physically.  By the time the 2021 Olympics come around, I will be bigger and stronger and I’m really looking forward to getting back out there,” the 20-year old added. 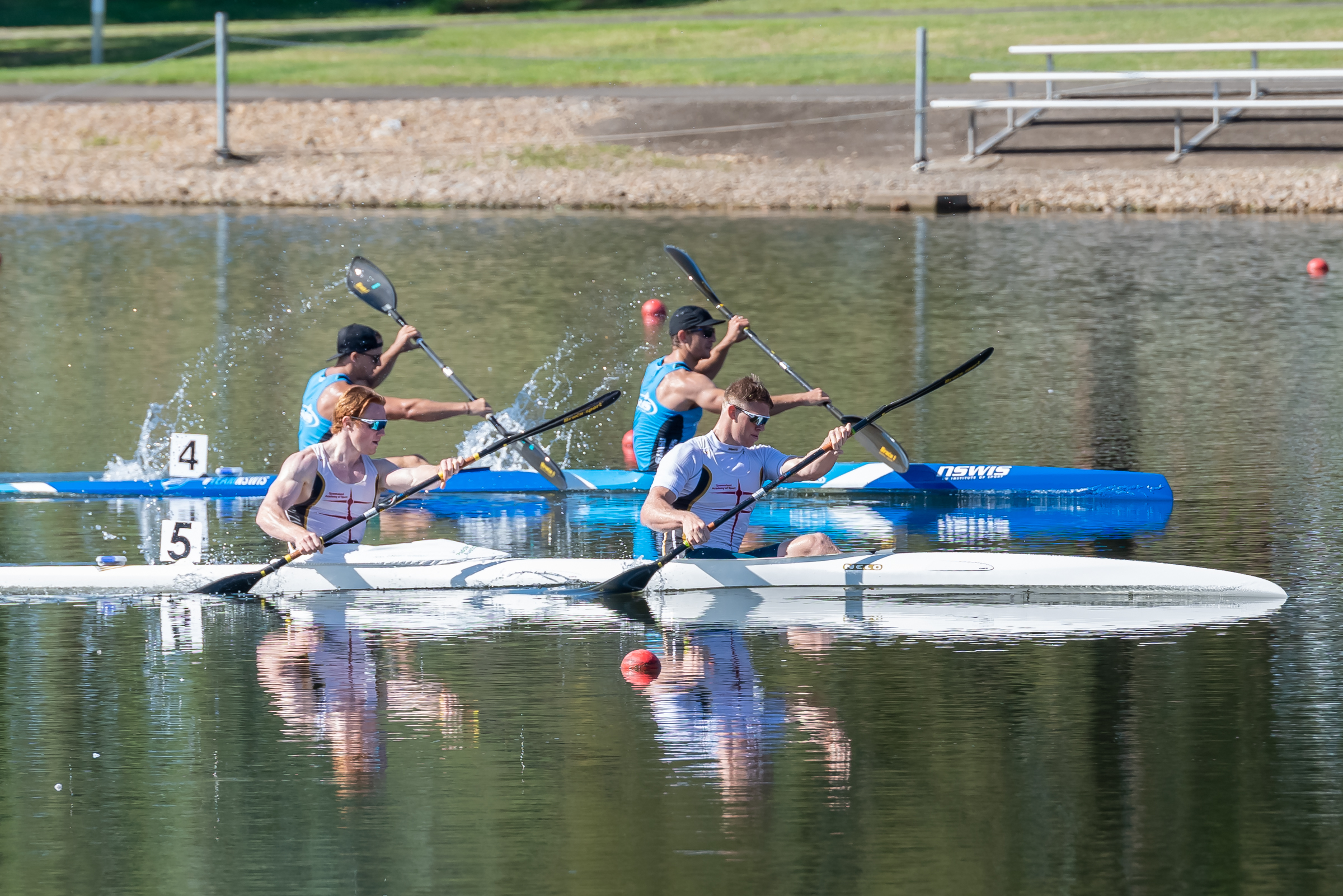 “It’s hard to know how the next few months will play out because COVID is still here and everywhere around the world.  We will be doing everything we can to maintain our fitness, health and the safety of those around us.  I don’t believe there will be an opportunity to have any camps while the virus is still active around the world.  At this point we just have to hope that the Olympics will be able to go ahead next year.  Worst case scenario, it doesn’t go ahead and we look forward to the opportunity again in 2024.  I feel bad for the athletes who had Tokyo marked as their final Hurrah and who may now not have that opportunity though,” Green added looking at the uncertainties ahead.

Also heading to her first Olympic Games will be South Australian canoeist Josephine Bulmer.  Women’s canoeing will be premiering on the Olympic program come Tokyo and Bulmer together with partner C2 Bernadette Wallace have been writing sporting history, securing Australia the first ever women’s canoeing Olympic quota spot as well as their own selection.

The women’s canoe program runs out of the South Australian Sports Institute in Adelaide and with social distancing rules in place over the last couple of months, the pair has been doing a lot of mileage on their own. 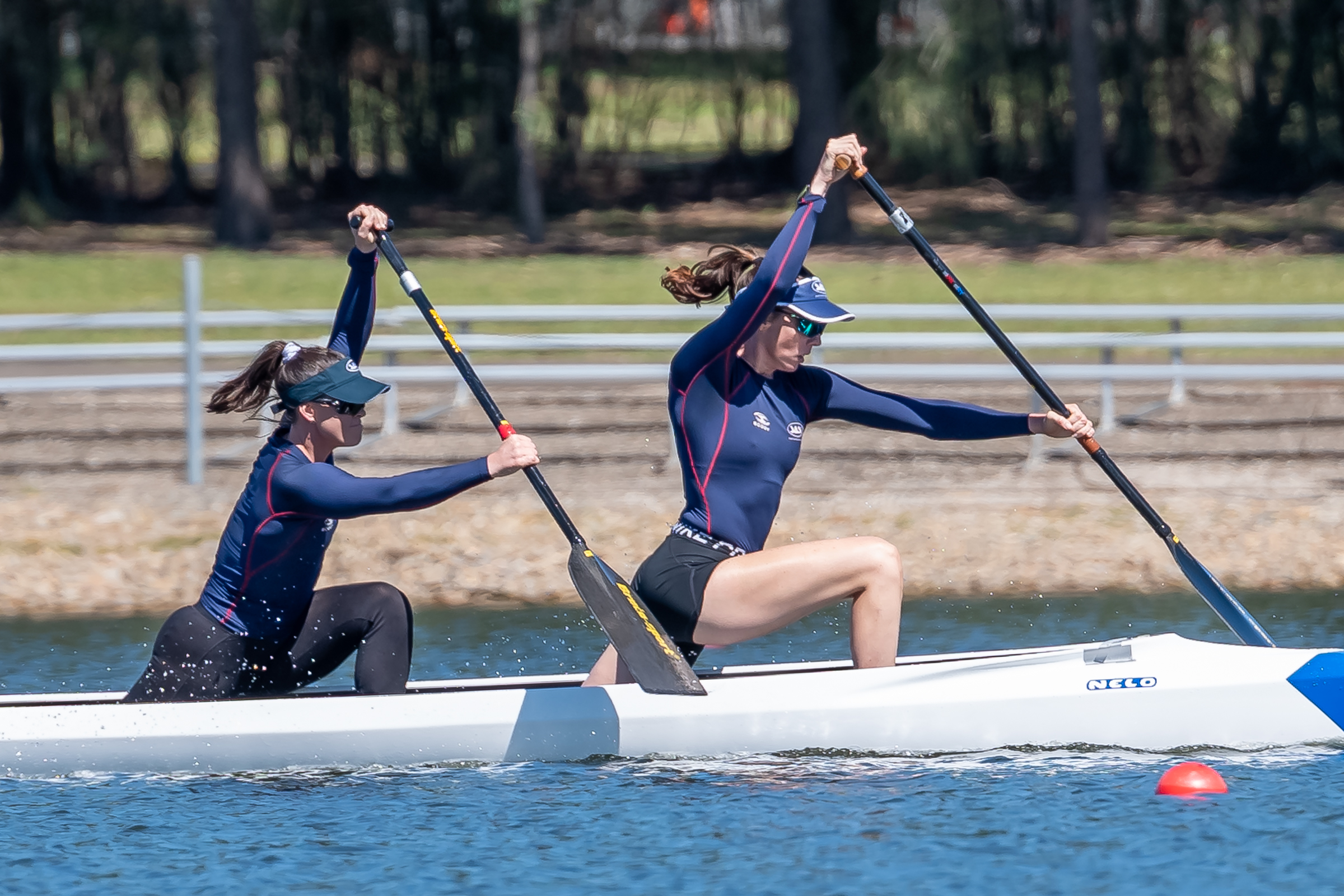 “Berni and I haven’t been able to get in the C2 as of late as we have been trying to be conscious of social distancing, however we have been taking the opportunity to work on improving and refining our individual techniques and I am confident we will come together stronger,” Bulmer said.

The last year has been a whirlwind experience for the still new combination, with Bulmer drawing her motivation from the fact that they can only benefit from the extra 12-months.

“Having the extra time to improve is a big positive as we are a relatively new team so I personally was able to stay motivated by staying focused on the ultimate goal and taking advantage of the extra time,” Bulmer said. 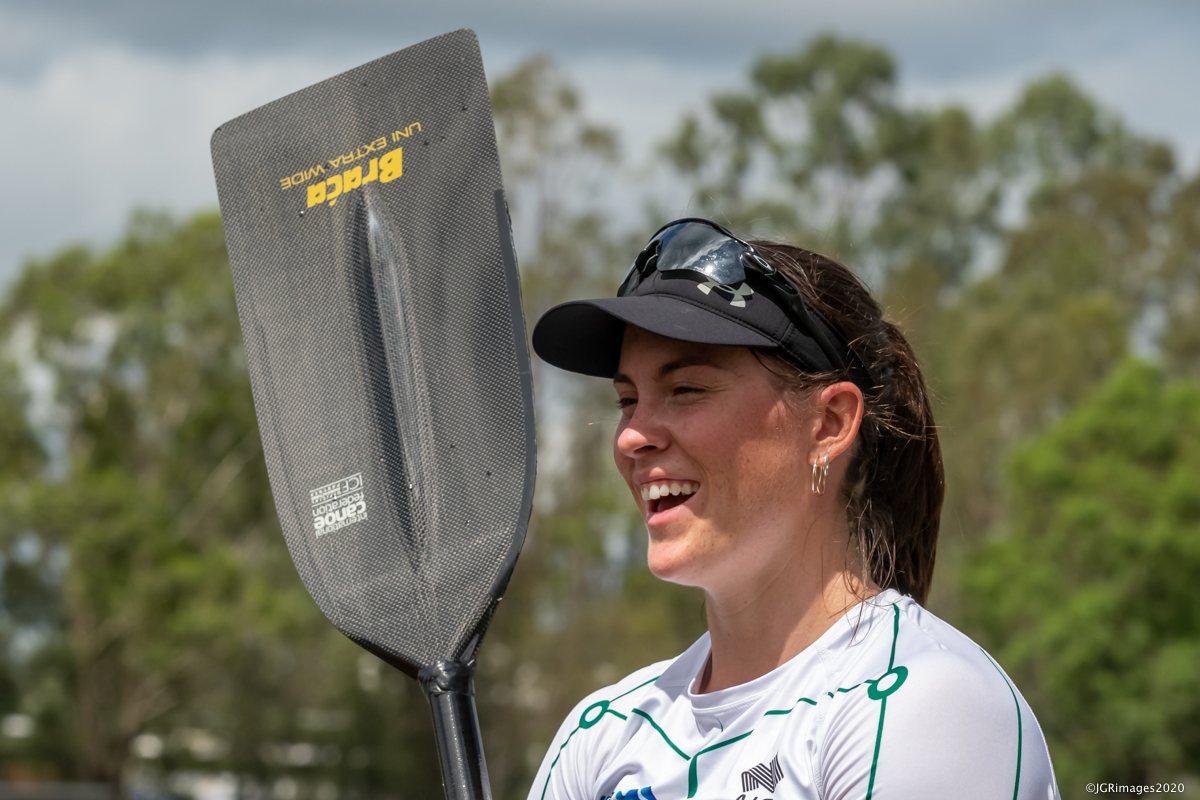 “I am just trying to take each day as it comes.  It’s been a while since I’ve spent winter at home so it’s quite different for me.  I find it hard to grasp where we were “meant to be” this time of year but at the same time it’s great to still be able to look forward to next year.

We obviously have the Olympic dates in mind as a priority and are working backwards from there; with all the uncertainty of Covid it has been hard to plan ahead but in light of everything we have faced so far this year, I’m very confident in our ability to adapt and move forward.”

With their Australian Olympic Team selection locked the team is set to contest the Tokyo 2020 Canoe Sprint competition next year from 2 to 7 August 2021. 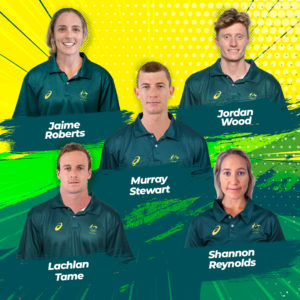 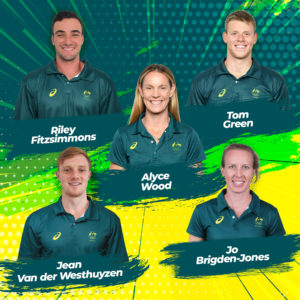 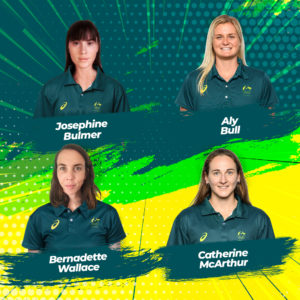