The 2020 ICF Canoe Polo World Championships were due to take place in September this year however due to the outbreak of the Coronavirus pandemic, they have been postponed until April 2021. Nevertheless, Australian canoe polo athletes have been able to find creative ways of maintaining an active training schedule despite the on water restrictions and reduced travel opportunities.

Thanks to the leadership demonstrated by Craig Hutchinson and Rebecca Jennings, the athletes’ training regimes are being sustained under an inventively adapted “business as usual” approach. The athletes are utilising this extended training time to sharpen key aspects of their game and overall competitive standard. This includes participation in virtual training camps, team building “zoom” cardio sessions, tactical off-water ball and paddle skill challenges, and intensified game theory sessions.

Craig Hutchinson and Rebecca Jennings were appointed to their respective coaching roles in 2019 and bring extensive athlete experience of international competition to their coaching positions, ensuring that they are exceptionally well placed to lead their teams to the ICF Canoe Polo World Championships in 2021.

Craig has had an impressive playing career, wearing #4 for Australia for 11 years and fulfilling multiple captaincy roles.

Craig’s international achievements as an athlete include: 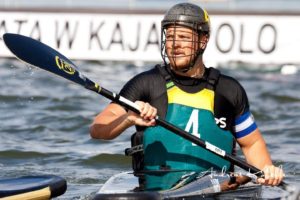 Craig is highly experienced and passionate about embedding a culture of high performance and leaving a positive legacy on the sport in Australia. As a coach, Craig is focused on using data and analysis to dissect the opposition and create winning tactics. Craig believes culture and team cohesion are crucial to consistently achieving success, and under his leadership there will be high expectations for the squad to put in hard work to yield results.

Rebecca is fulfilling her second term as Australian Women’s coach after wearing #7 for Australia for 5 years.

Rebecca’s international achievements as an athlete and coach include: 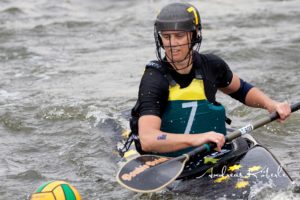 Rebecca believes that success in canoe polo comes from giving equal importance to the development of an athlete’s technical skill, physical fitness and mental skill. By focusing on process, effort, enjoyment and learning, Rebecca believes athletes will be able to perform at an optimum level whilst enhancing their well-being.

When the Second Beer Costs You the Race

Random Tips for Your Next Paddling Trip