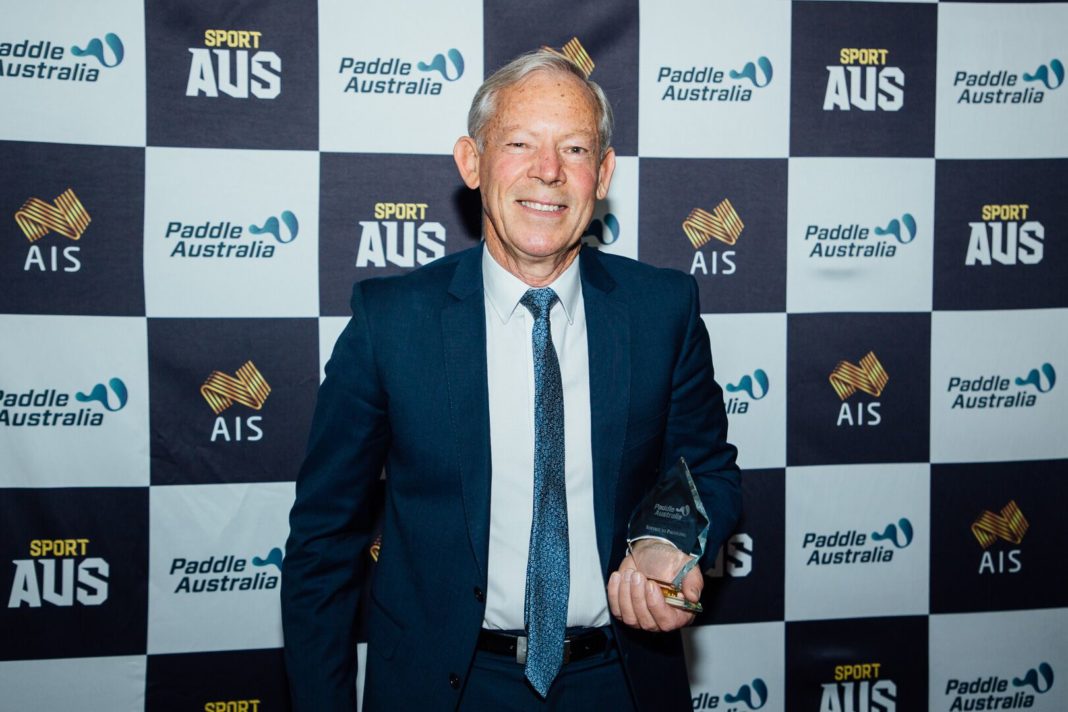 It is with great sadness that we have learned of the passing of Paddle South Australia Life Member and Paddle Australia Services to Paddling Award recipient and all around canoeing legend Roger French.

Roger was a tireless servant to canoeing, a passionate club member, a fierce competitor, a willing volunteer, a valuable fundraiser and a wonderful mentor to so many new canoeists.  His energy and commitment to canoeing was endless, or at least we thought so. The shock and disbelief experienced after hearing the news of his passing earlier this week will linger for some time. Roger was always around, willing to help anyone who had an interest in canoeing, at any level and in any capacity.

His influence on, and support of, canoeing in South Australia extends back to the 1970s.  He was an inaugural committee member of both Onkaparinga Canoe Club in 1973 and West Lakes Canoe Club in 1978, and was instrumental in the establishment of the canoeing facilities at the Aquatic Reserve on West Lakes in 1985.  He remained the most loyal of servants to canoeing in South Australia and beyond throughout.

Roger French’s contribution to flatwater canoeing in South Australia as well as nationally, has been fundamental to the sport.

As an athlete he represented his club, state and country with great pride, both in sprint regattas and marathon events. All his achievements are too numerous to list, but highlights include: Only a couple of months ago, he once again was at the start line at the 2020 Paddle Australia Canoe Sprint Championships. In recent years he helped to develop the Tornado Canoe, which is now used extensively in South Australia as a transitional boat for new Canadian Canoe paddlers.

Often called ‘the godfather of canoeing in Australia’, Roger French was one of the biggest supporters of the further development of canoeing, specifically women’s canoeing – the boat class that will premier at the Olympic Games next year.

Roger’s service to canoeing was formerly recognised in 2018, when he was awarded Life Membership of Paddle South Australia. He was nominated for the Australian Canoeing Masters Marathon Paddler of the Year Award in 2017, and received a Service to Paddling Award from Paddle Australia in 2018. Roger was a World Champion, National Champion, State Champion, dedicated administrator and trusted mentor, but most of all he was a local legend.  One of the Brothers and Sisters of the One Blade.  He will be sorely missed, but never forgotten.

On behalf of Paddle Australia and every person involved with Roger along his paddling journey, we extend our sincere condolences to his family, Maria, Tom, Emily, Megan and Laura.

Vale Roger French, and thank you for all you have done for canoeing.

Thank you to Paddle South Australia for the tribute.