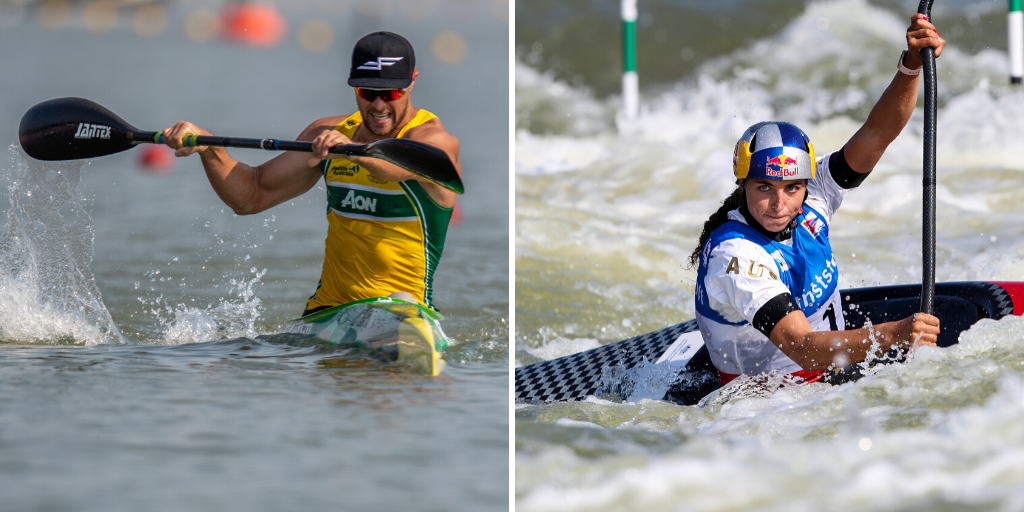 The world’s best paddlers are starting to contemplate the possibility they may not get a chance to compete internationally at all in 2020.

In interviews for the International Canoe Federation podcast series “How Sport Stars Cope in Covid-19 Lockdown”, athletes from around the world, including Paddle Australia’s Jessica Fox and Curtis McGrath have been discussing how they are coping with quarantine in their countries and what their hopes are for the future.

Fox and McGarth situations are being experienced by athletes all over the world. Both won medals at previous Olympic and Paralympic Games, and were in the final stages of preparation for Tokyo 2020 when the sporting world suddenly ground to a halt.

Fox and McGrath both had their sights set on double gold – Fox in canoe slalom at the Olympic Games and McGrath in paracanoe at the Paralympics, but as for all canoeists around the world an even playing field is important before the return to action for international competitions.

Jessica Fox, an Olympic silver and bronze medallist, doubts she’ll leave Australia and has not experienced a full winter since she was three-years-old. But with Australia enforcing some of the strongest quarantine rules in the world, the 25-year-old has had to resort to canoe slalom training in her family swimming pool.

And while there is still talk of possible international slalom competitions later this year, Fox is preparing to rule a line through 2020.

“For us we are not really sure if we will be able to attend, even if there are any events,” Fox said.

“Australia has said its borders will remain closed until September, possibly December, so I’m getting mentally ready not to compete this year, not to travel this year, and to try and make the most of the situation at home, and to put into perspective that this is bigger than us.

“I’m trying to work on other areas, but at the same time not to lose too much fitness and strength and conditioning and skills. It is quite challenging to not know when we’ll next be able to paddle on the whitewater, because there is nothing we can substitute that with.”

Every athlete who attends the Olympic or Paralympic Games needs to have had the same opportunity to prepare and train, according to Paralympic Champion Curtis McGarth, who has been making the most of his time in lock-down and besides keeping up training, has been planting a vegetable garden while coping with quarantine restrictions.

In the ICF podcast the ten-time world champion spoke about his experiences since the decision to postpone the Games was made and voiced support for the postponement of Tokyo 2020, saying they would not want to compete against athletes who have not had the same opportunity to prepare because of the coronavirus.

McGrath won gold when paracanoe made its Paralympic debut in Rio in 2016, and he is hoping to make history by winning two gold medals in Tokyo next year. But he also wants it to be a fair and even competition.

“It would be a tragedy to rock up, and half the countries have not had the opportunity to prepare or to train. For me here in Australia, we’ve still got the opportunity to get on the water, but it’s still going to be a long road.”

McGrath had just completed the Australian paracanoe selection trials and had earned the right to be selected to go to Tokyo when news of the postponement came through.

“It was a bit of a demotivating point at the time, but now I see it as an opportunity to capitalise on the time we’ve been given and work on the things I need to work on,” he said.

“When you get into a Games year, it goes so fast, so in a way we’ve been given a gift of time.”

You can hear the full podcast with Curtis McGarth here: ‘How Sport Stars Cope in Covid-19 Lockdown’

You can listen to the full How Sport Stars Cope in Covid-19 Lockdown podcast with Jessica Fox here, or watch the video here.

Thanks to ICF for podcasts & media release.