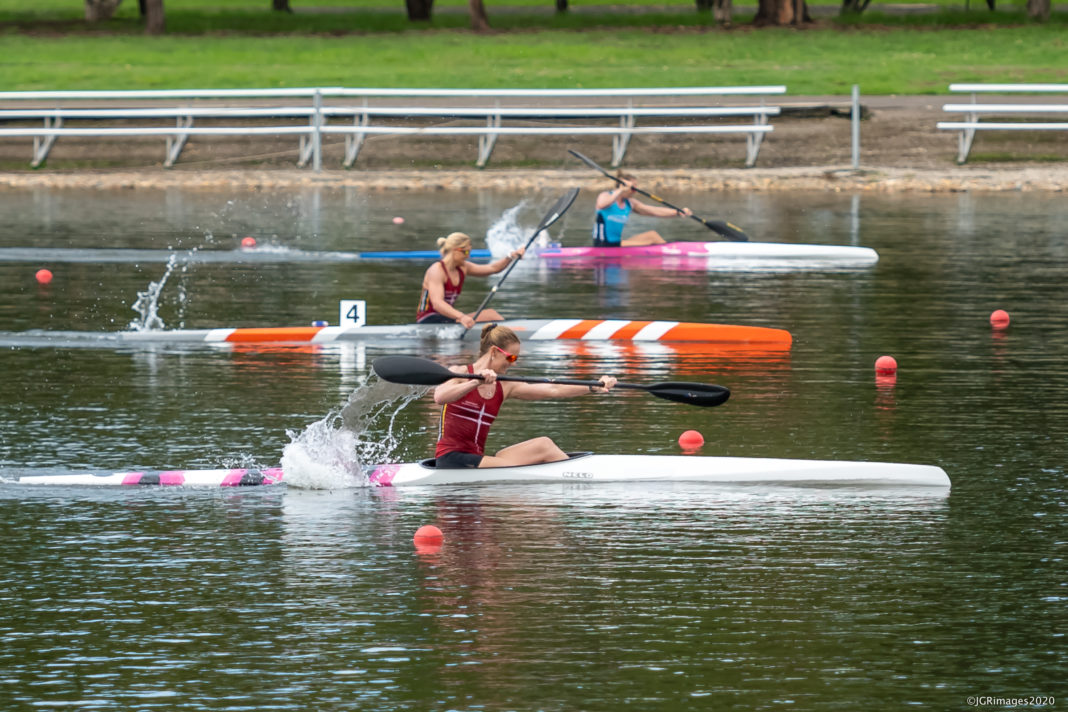 136 days out from the start of the Tokyo 2020 Games, Olympic and Paralympic canoe sprint selections are set to heat up this week with the 2020 Paddle Australia Canoe Sprint Championships at Sydney International Regatta Centre(SIRC) in Penrith doubling up as the final round of national selection trials for senior as well as U23 and junior national teams.

Racing will kick-off at SIRC tomorrow, Wednesday, 11 March 2020 and will conclude on Sunday, 15 March 2020. National titles as well as national team spots will be up for grabs across all age groups with the event the second round of trials following the 2020 Oceania Canoe Sprint Championships and Canoe Sprint GP2 at the start of February (14-16 February 2020, see media release here: http://paddle.org.au/2020/02/16/olympians-and-olympic-hopefuls-at-2020-oceania-canoe-sprint-champs/

Australia’s top Olympic paddlers will be vying for the six available quota spots in both the women’s and men’s kayaking events. Three spots are also available in the women’s (2) and men’s canoe events with athletes not only having to top the Australian ranks but also having to meet international performance standards. In the paracanoe events, four quota spots will be available.

Following the conclusion of the trials, Paddle Australia will nominate athletes to the Australia Olympic Committee as well as Paralympics Australia for selection with teams expected to be finalised over the next couple of weeks.

Front-runners in the battle for Olympic spots in the women’s canoe sprint events are Rio Olympians Alyce Wood (nee Burnett) and Alyssa Bull (QLD) who set an early mark at the first round of selections winning the women’s K2 500 and adding a first and second place in the women’s K1 500 respectively. 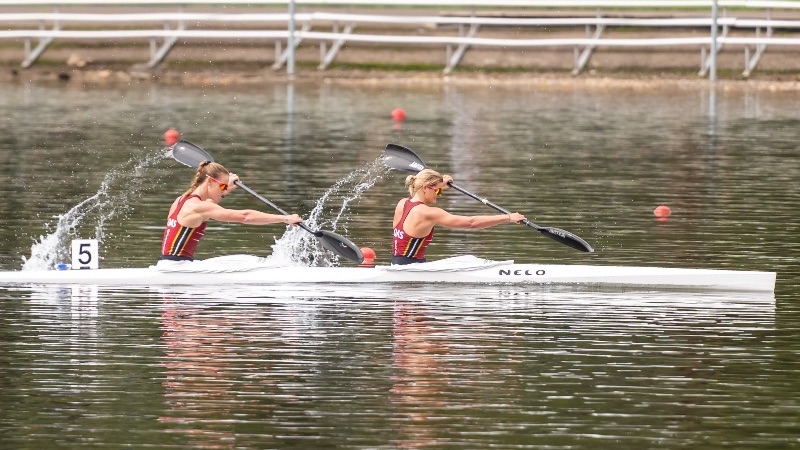 “Our two main selection races at GP2 (women’s K2 and K1 500) went pretty well. Jaime and I have spent more time together in the boat this year with Jaime spending a fair bit of time in Sydney and training with me in Narrabeen. A lot of the weighting for selections is on nationals, so the K1 race there will be a hot one, which is exciting,” Jo Brigden-Jones said about the upcoming nationals.

South Australian Cat McArthur and Queenslander Brianna Massie secured Australia the final two quota spots in the K2 500 at the Oceania Championships and finished third overall and together with youngsters Kailey Harlen (NSW) and Ella Beere (NSW) as well as Western Australians Shannon Reynolds and Yale Steinepreis, are also amongst the ones to watch.

It is first time since London 2012 that Australia’s women’s kayakers have secured the maximum quota after Alyce Wood, Alyssa Bull, Jo Brigden-Jones and Jaime Roberts already secured the first four quotas in the K4 500 at last year’s world championships.

“Before Rio, we missed qualifying the K4 so in 2016 we had to qualify the K2 which is what Bully and I did and we had to qualify the K1 as well. So, it’s so different this year having a full quota now. We put our best foot forward at the first round of selections but we now need to back it up again at nationals,” Alyce Wood explained.

South Australians Bernadette Wallace and Josephine Bulmer secured Australia the quota spot in the women’s canoe events at the Oceania champs, with women’s canoeing to premier on the Olympic Program at Tokyo 2020. The pair will still have to meet the international performance standards at nationals though to keep their Tokyo dreams alive. 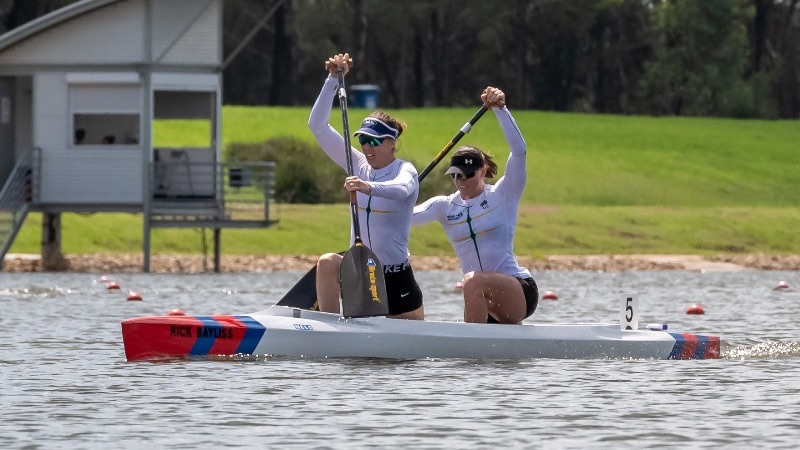 In the men’s events, youngsters and new kids on the block when it comes to Olympic selection Tom Green and Jean van der Westhuyzen impressed at the first round of the trials and will aim to back it up at nationals.

Tokyo 2020 would be the first Olympic Games for both 20-year-olds and even though they still have another major hurdle to jump, aiming for Tokyo is what drives them.

“It’s always been a drive for me and Jean as well and it’s been good to be able to share this not only with Jean but also with the rest of our team back on the Gold Coast. It’s more of a family than a team I guess and there’s always a bit of rivalry,” Green said about racing his training mates for Olympic selection.

In the paracanoe events, 2016 Paralympians Curtis McGrath (QLD), Dylan Littlehales (NSW), Amanda Reynolds(VIC) and Susan Seipel (QLD) are all back in action after strong results and PBs at the Oceania Champs season opener and are aiming to make their second Paralympic team and lock in their Tokyo 2020 spots.

“The Oceania Champs were a good practice regatta for the paras without the pressure of selections. I’m getting back to the times I was getting at World Champs last year, which is good for this time of the season, so I’ve been happy with how I have been going. Our team will be selected from the national results and I’m excited to repeat what I’ve done at Oceania and hopefully also go a bit better,” Paralympic bronze medallist Susan Seipel said. 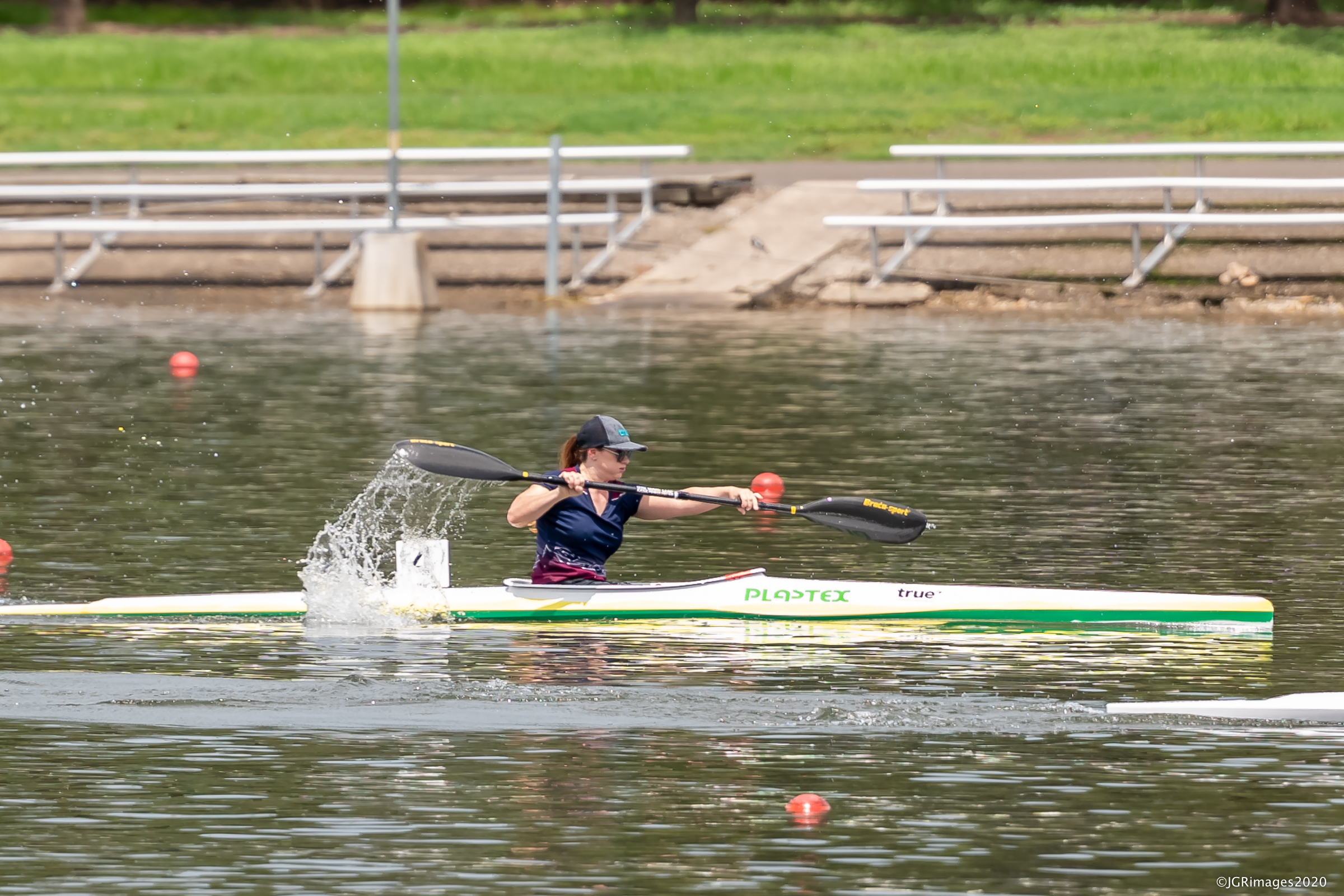 Over 240 athletes from all around the country will contest the Paddle Australia Canoe Sprint championships with racing to start at 8 a.m. each day, 11-15 March 2020.