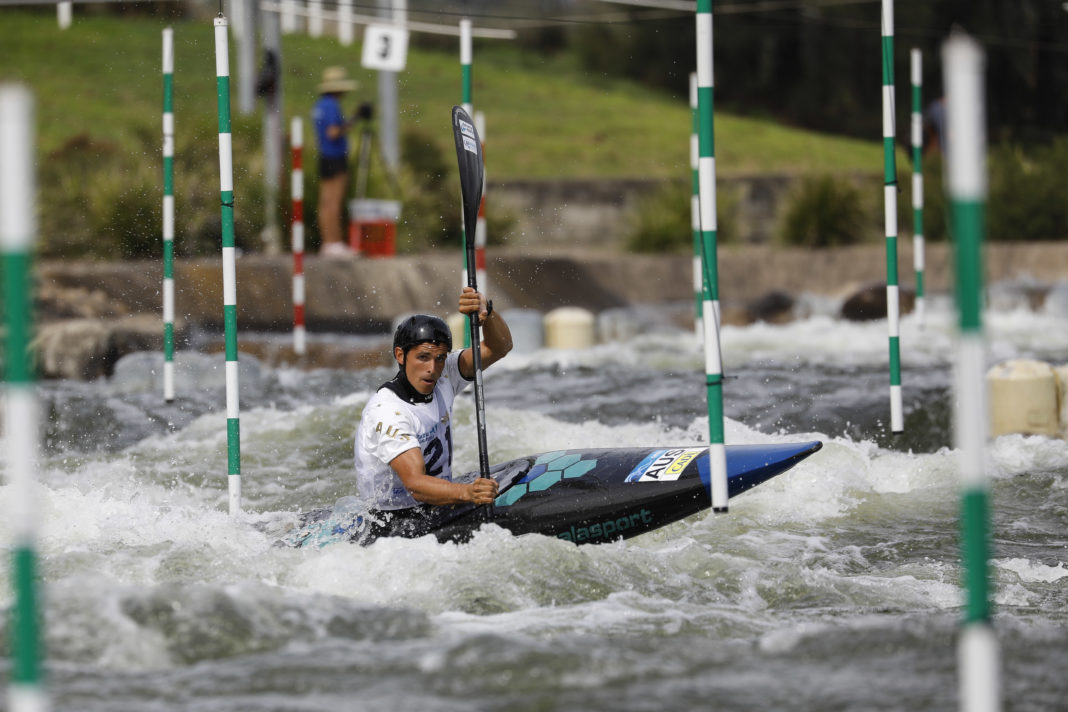 Nerves were running high when the Australian Open Canoe Slalom as part of the 2020 Sydney International Whitewater Festival got underway at Penrith Whitewater Stadium on Friday with the event doubling up as the second and final round of Olympic selection trials in the men’s C1 and K1.

Tasmanian Daniel Watkins as well as Rio Olympian Lucien Delfour (NSW) were the leaders going into the final selection round after winning the men’s C1 and K1 at the Oceania Championships respectively at the start of February, but both of them missed the opportunity to lock it all in on Friday.

Two more races count for selection this weekend with the first one in the heats on Friday and when it was not Watkins and Delfour, but Tristan Carter (C1 men) and Tim Anderson (K1 men) who were the leading Australians in those races, the door to the Olympics remained open.

It will now come down to the semi-finals and final in the C1 men on Saturday and in the K1 men on Sunday.

In the men’s C1, Tasmanian Daniel Watkins went into the first day of racing at the 2020 Australian Open Canoe Slalom as the leader on the selection ranks after he won the first two relevant races at the 2020 Oceania Canoe Slalom Championships in Auckland at the start of February. 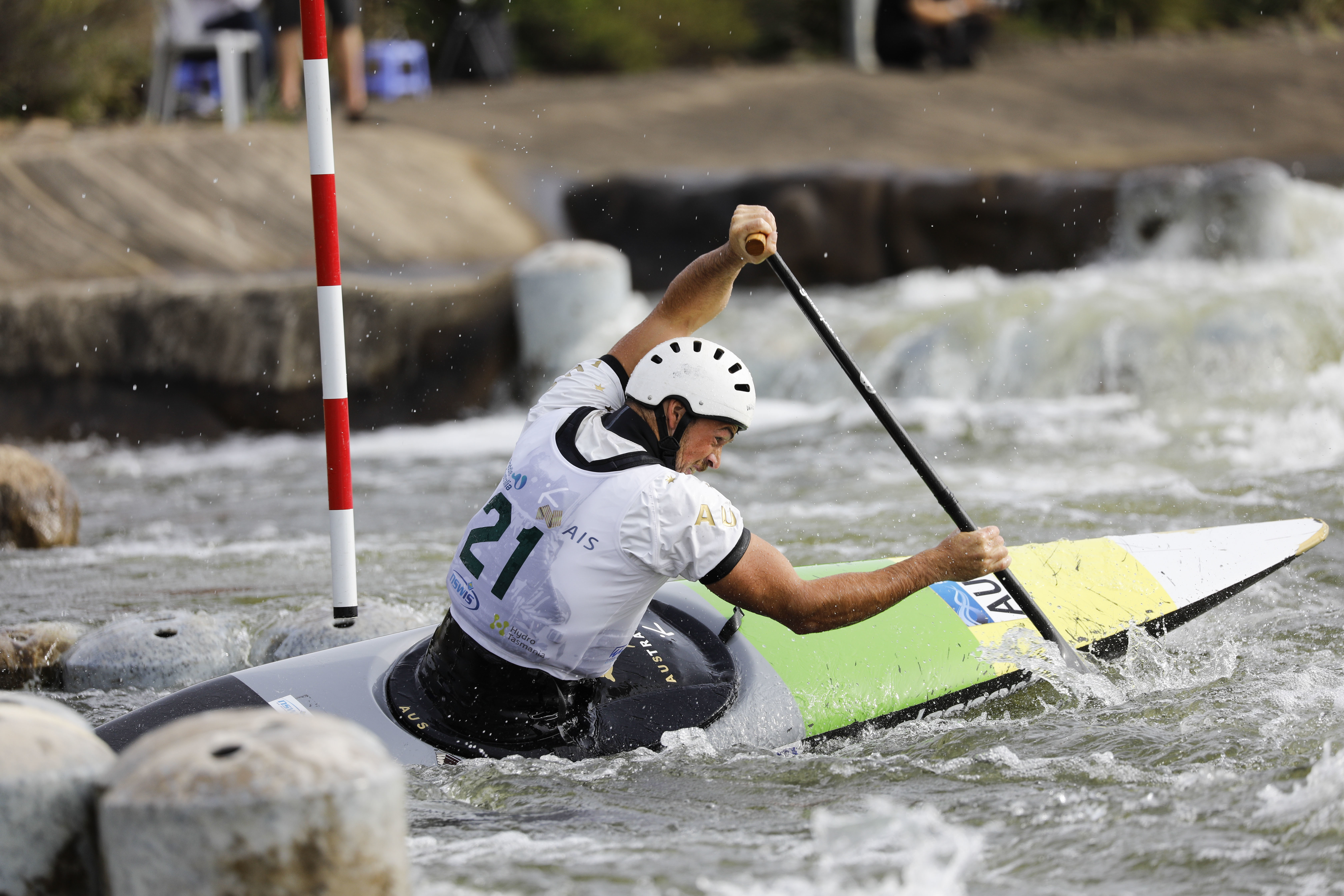 With a win in the heat, he would have locked in his ticket, but a two seconds penalty saw him drop into 23rd place in heat one and he needed a fourth place in the second run to secure his place in Saturday’s men’s C1 semi-final.

Victorian Tristan Carter made the most of his opportunity to keep his Olympic dreams alive and put down an impressive and clean run that saw the Under-23 paddler finish fifth in the world-class field to go straight through Saturday’s final.

“This means everything to me. It came down to me having to win this race to stay in the Tokyo selection. So there was a lot of writing on it, there were a lot of nerves before it, but when I got to the bottom and I did a clean and a solid run, just pure emotions came out. I was so happy and so relieved,” Tristan Carter said after keeping his Olympic dreams alive.

“It is definitely not over yet, I have to do it again in the semis (Saturday), but I’m celebrating the small victories and I have managed to stay in it and that counts for me right now. It’s a bit of a confidence boost and I now have to make sure I stay focused and do it again. It is going to be an exciting race, everything is even, everyone is at the top and basically whoever wins tomorrow goes to the Olympics,” Carter said. 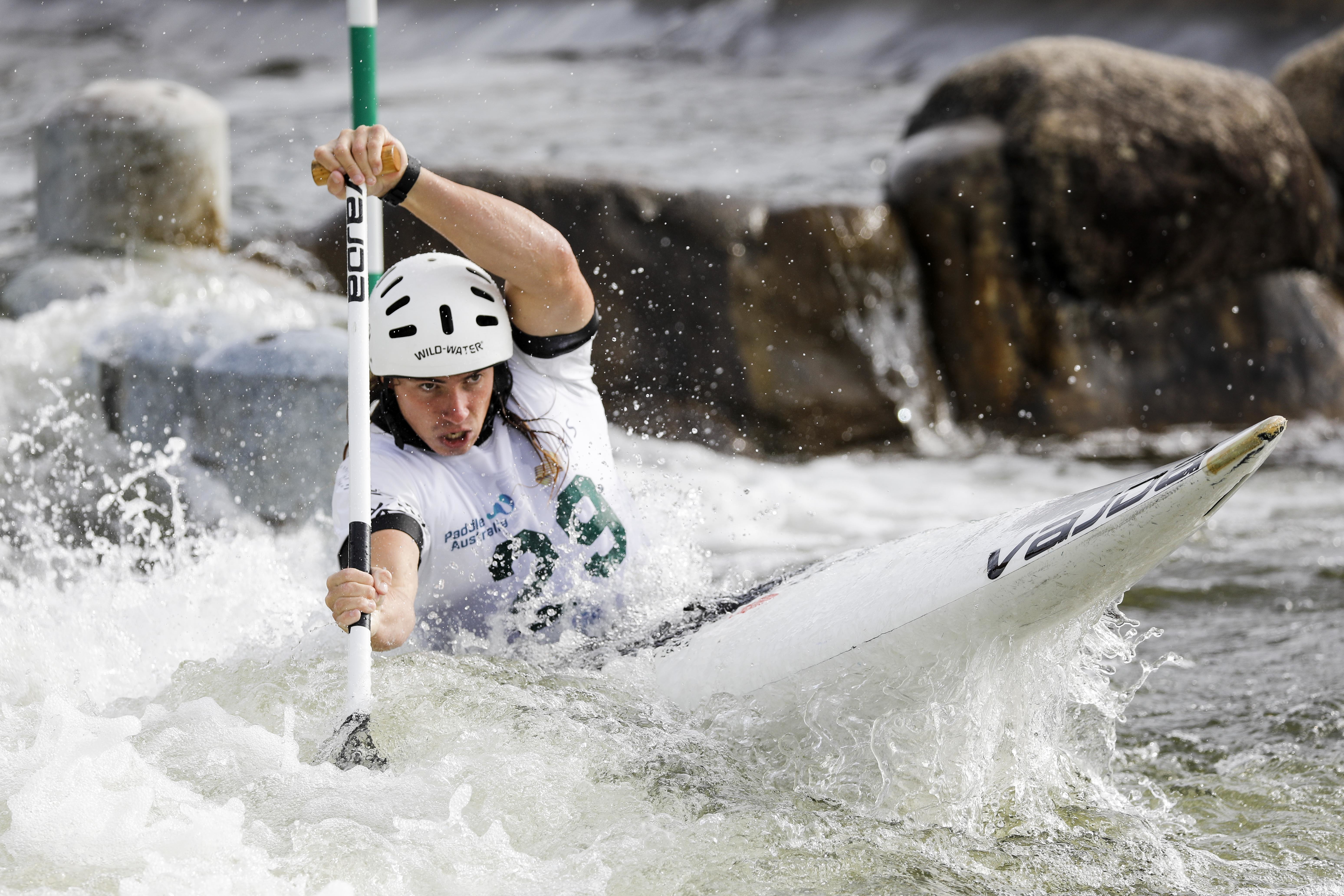 Still in the mix are also Rio Olympian Ian Borrows as well as Western Australian Brodie Crawford. Borrows, who finished third at Oceania Champs, also did not have the best start to the day and finished the heat in 39th, but a sixth place in the second run was enough to progress to Saturday’s semi-final.

Brodie Crawford finished 22nd in the first run and seventh in the second run to also keep a slight chance open in the battle for Olympic selection, which will all come down to who will be the top Australian in Saturday’s racing now.

The men’s K1 was equally exciting with Tim Anderson throwing open the door to the Tokyo 2020 Olympics again after finishing second in the K1 men heat and only +0.75 seconds off 2019 World Champion Jiří Prskavec (CZE), who won the heat in a time of 89.24. USA’s Michal Smolen finished third.

Anderson, who made his first Senior World Championships semi-final last year, did not have a good start to Olympic selection after failing to progress to the final at the 2020 Oceania Championships at the start of February, but impressed in Penrith in the heat on Friday.

“When a run goes to plan like that, you got a good feeling in the end and it’s a mixture of relief, satisfaction and happiness,” Tim Anderson said. 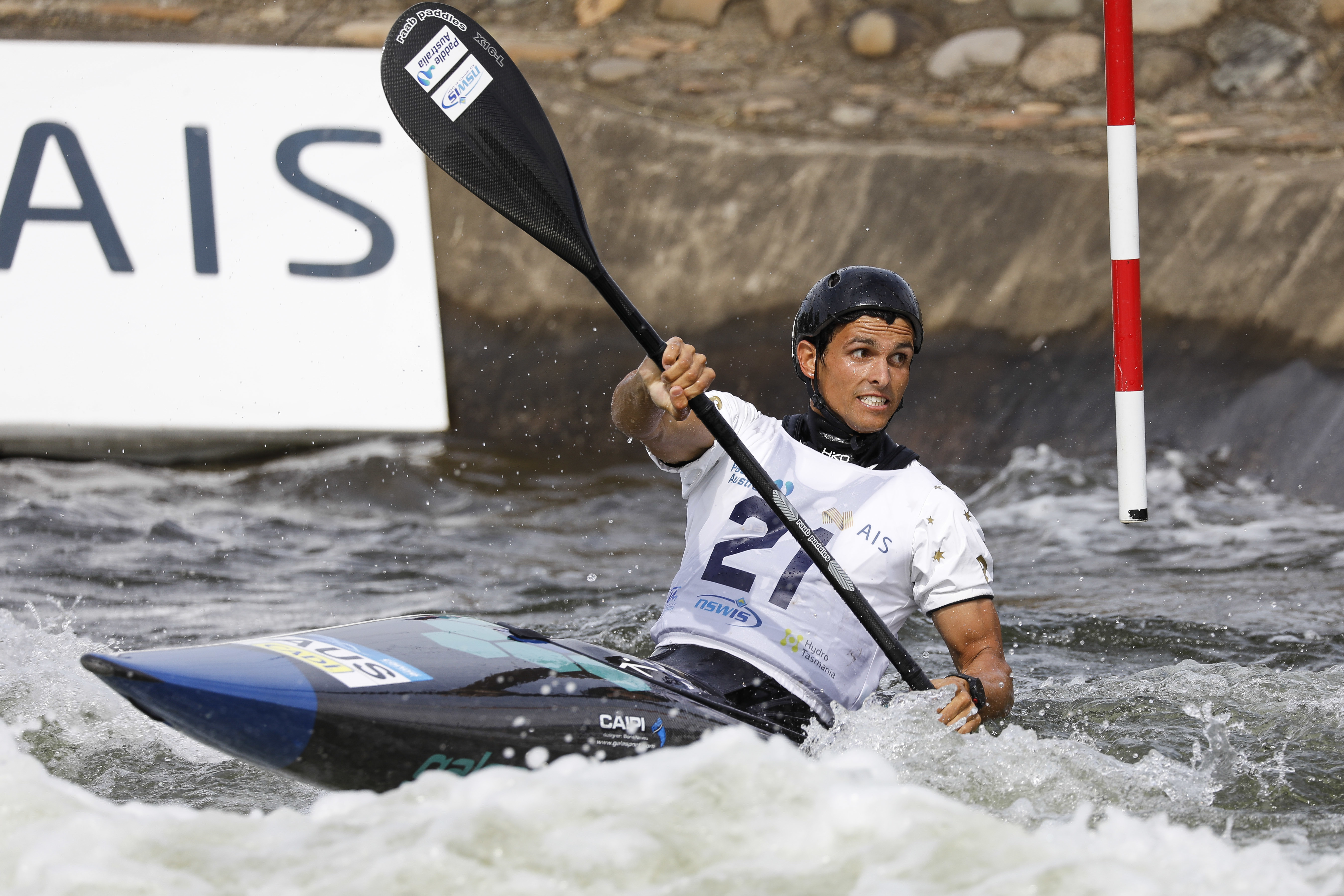 Daniel Watkins, who doubles up in both the C1 and K1 finished seventh, while selection leader Lucien Delfour finished eighth with final selection racing in the men’s K1 semi-final and final to be decided on Sunday.

“I had a bit of a shocking start to the selection trials in New Zealand but with this run I can put my name back in the mix for the Olympic spot and we’ll have to race that out on Sunday,” Anderson added.

Paddle Australia’s most successful canoe slalom paddler of all time, Jessica Fox, already secured her Tokyo 2020 Olympic ticket in both the women’s K1 and C1 at the end of last year and had a strong start to the weekend’s racing. 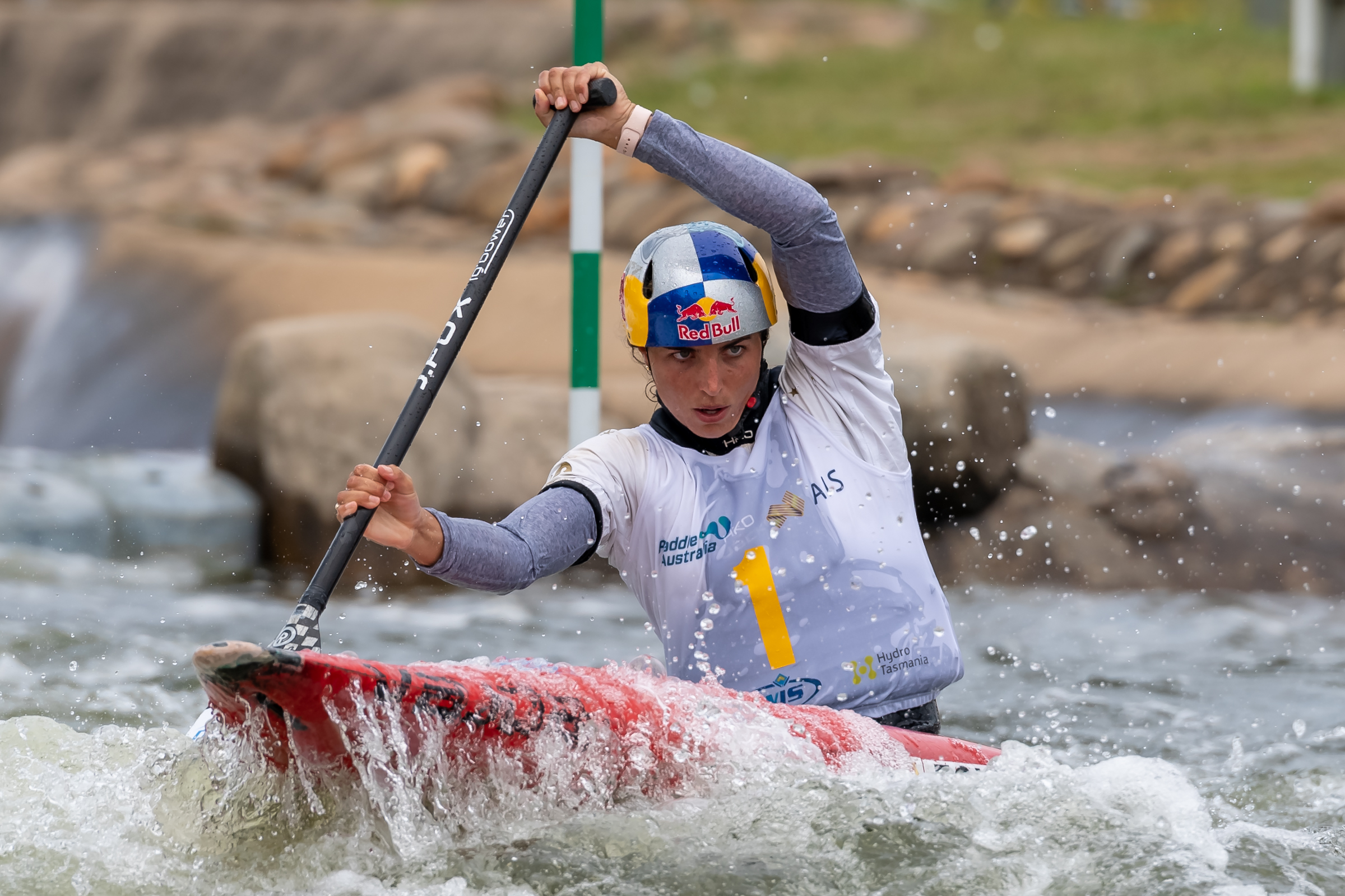 The women’s K1 heat was won by Germany’s world number 2 ranked Ricarda Funk in a time of 96.01 with Fox following 1.95 seconds behind and Germany’s Elena Apel in third. In the world-class women’s K1 field, Tasmanian Kate Eckhardt was the only other Australian to go straight through to Saturday’s semi-final after finishing the heat in fourth.

Noemie Fox, who is also aiming for under-23 selection, just missed out on the top-20 in the first run after two gate touches and four seconds in penalties but qualified for the semi-final with a third place in the second run.

In the women’s C1, Fox won the heats despite a two-seconds penalty ahead of Slovakia’s Emanuela Luknarova and Germany’s 2019 C1 World Champion Elena Apel.

Under-23 paddlers Noemie Fox (sixth), Kate Eckhardt (14) and Demelza Wall (20) also went straight through to the semi-final in the women’s C1 with Noemie Fox putting herself into a strong position to secure the Olympic reserve spot in Sunday’s C1 racing. 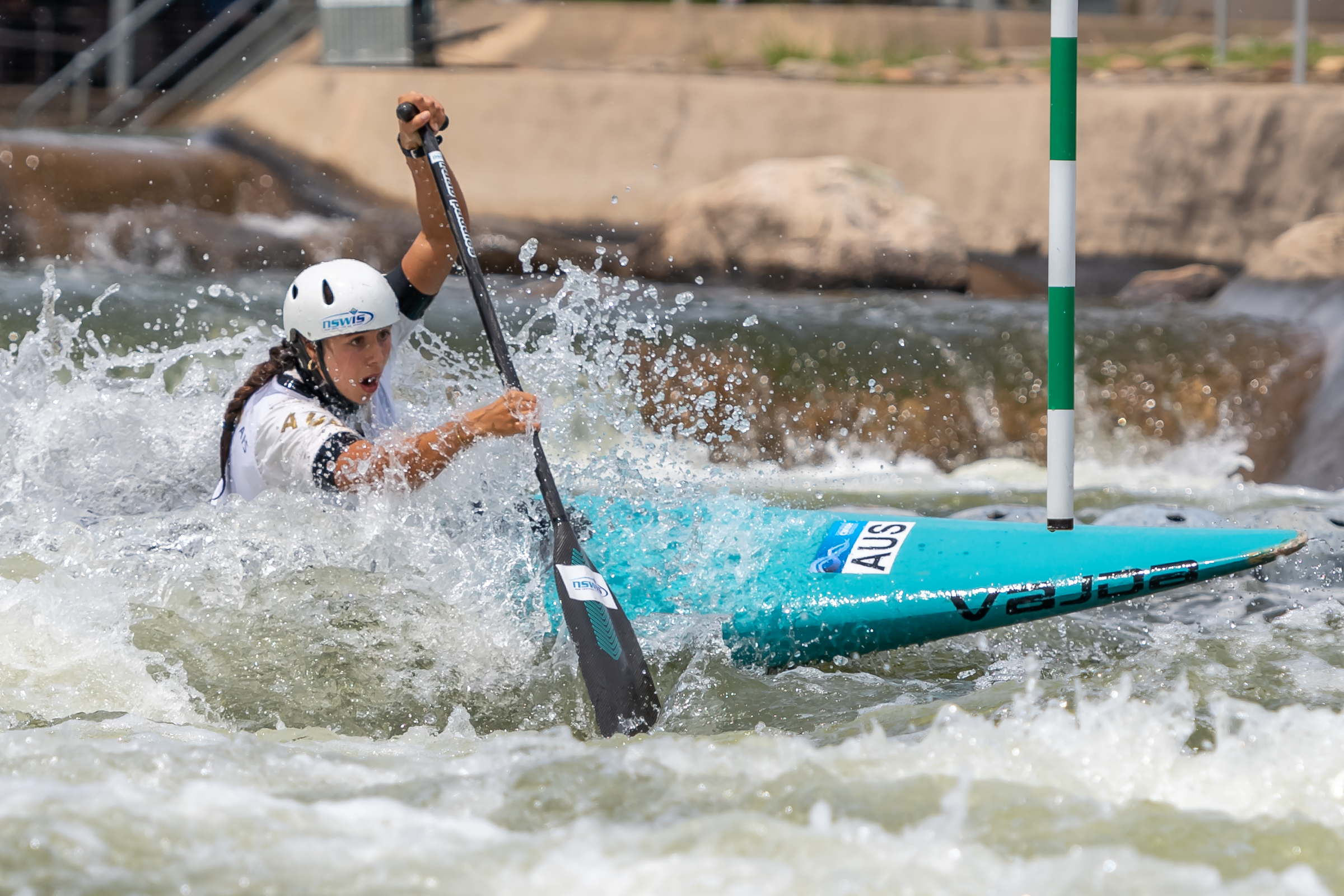 The event is also doubling up as an U23 and Junior team selection event and 15-year old Mark Crosbee (VIC) impressed leading the Junior rankings in both the C1 men and K1 men, while Penrith local Sophie Wilson tops the Junior women rankings.

Racing continues at Penrith Whitewater Stadium on Saturday with the semi-finals and finals in the men’s C1 and women’s K1. The women’s C1 and men’s K1 semis and finals are scheduled for Sunday. 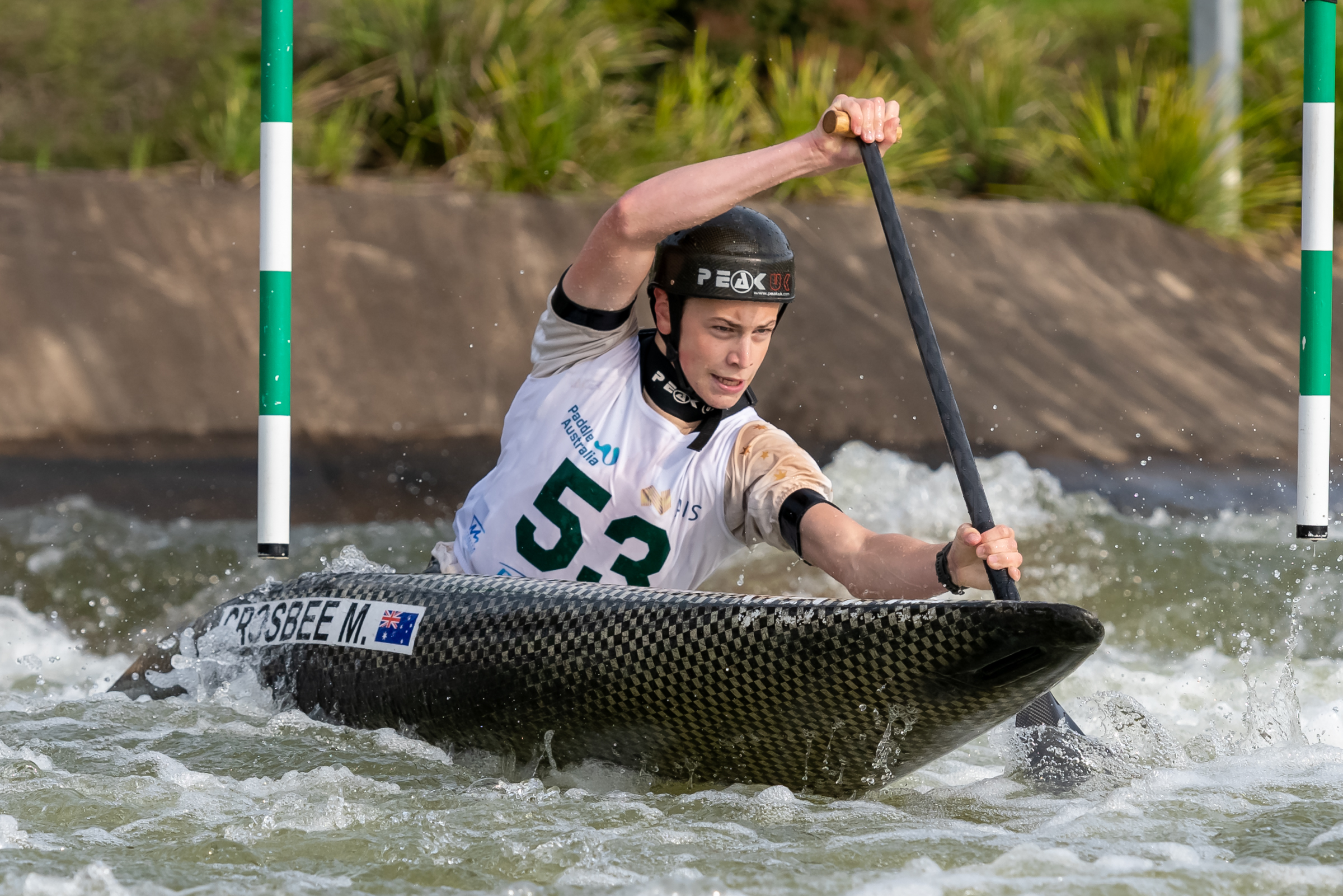 The 2020 Sydney International Whitwater Festival is the final round of Paddle Australia’s canoe slalom national selection trials to confirm, who will be nominated to the Australian Olympic Committee for selection for Tokyo 2020 in the men’s events. The weekend of racing will also decide the 2020 Paddle Australia canoe slalom teams, including World Cup, U23 and Junior teams, as well as Olympic reserves. Teams are expected to be announced at the end of February.

See canoe slalom finals on both Saturday and Sunday will also be live streamed HERE: https://whitewater.paddle.org.au/slalom/

About the Australian Canoe Slalom Open
The 2020 Sydney International Whitewater Festival is the largest international whitewater event in the Asia Pacific and celebrates the 20-year anniversary of the Sydney 2020 Olympic Games. The event also includes the 2020 Paddle Australia Freestyle Championships.

20 years after the Sydney 2000 Olympic Games, Penrith Whitewater Stadium will once again see Olympic dreams in the making with Australian Open Canoe Slalom as part of the Whitewater Festival the decider for Australia’s two last remaining spots for Tokyo 2020 in the C1 men and K1 men (21-23 February 2020).

The freestyle competition starts Saturday afternoon, 22 February with heats and with finals to follow on Sunday in between the canoe slalom semi-finals and finals.