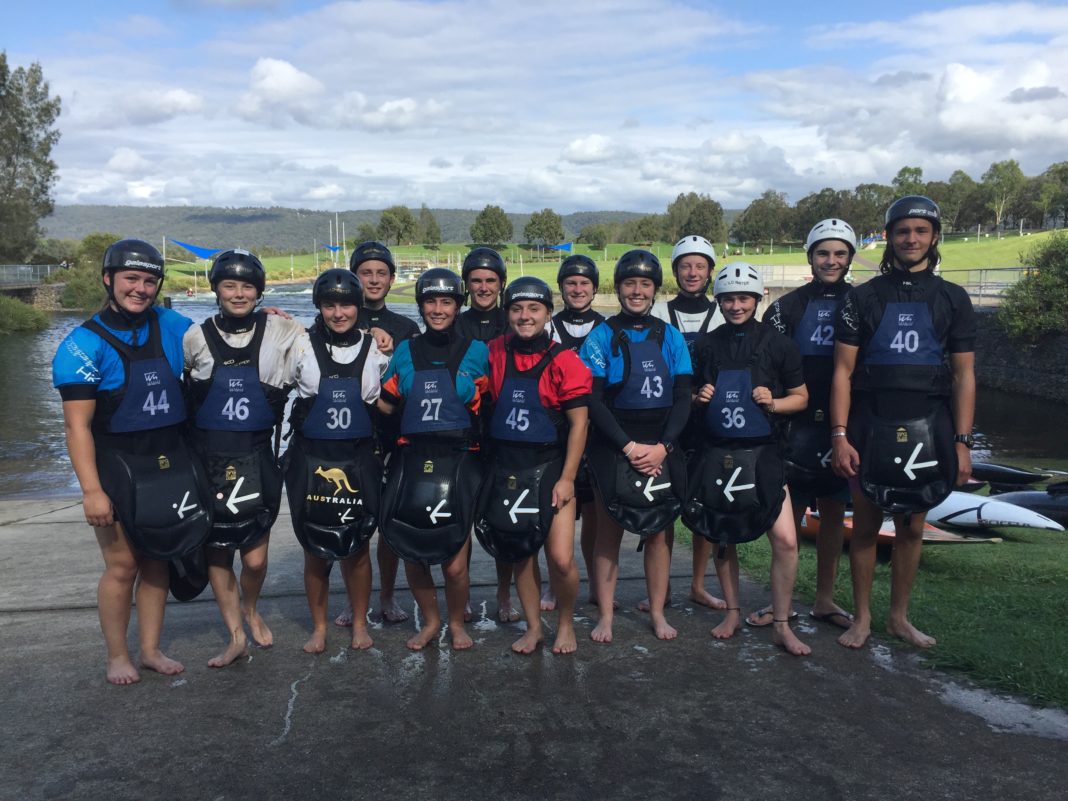 The 2020 Canoe Slalom National Development Squad (NDS) was recently announced following a selection process including the Canoe Slalom Age Championships on the Mersey River in Tasmania, the Paddle Australia Canoe Slalom Senior Championships in Penrith and a two-day Selection Camp held at Penrith mid-January. The camp displayed great improvement in the overall standards and a strong commitment by the athletes to their development.

The 2020 team consist of a strong mix of new and returning paddlers with Western Australian George Pankhurst making his second NDS team.

“It’s my second time on the NDS which is pretty exciting and we have lots of good camps to go to and a New Zealand tour to look forward to,” an excited George Pankhurst said about some of the training activities that are part of being on the NDS.

“You are in the top 16 of the Australian athletes and you’ve been recognised for your skills on the water and your drive to improve it takes you to the next level so you can make Junior team,” Pankhurst explained, who his aiming for his first Junior team this year. 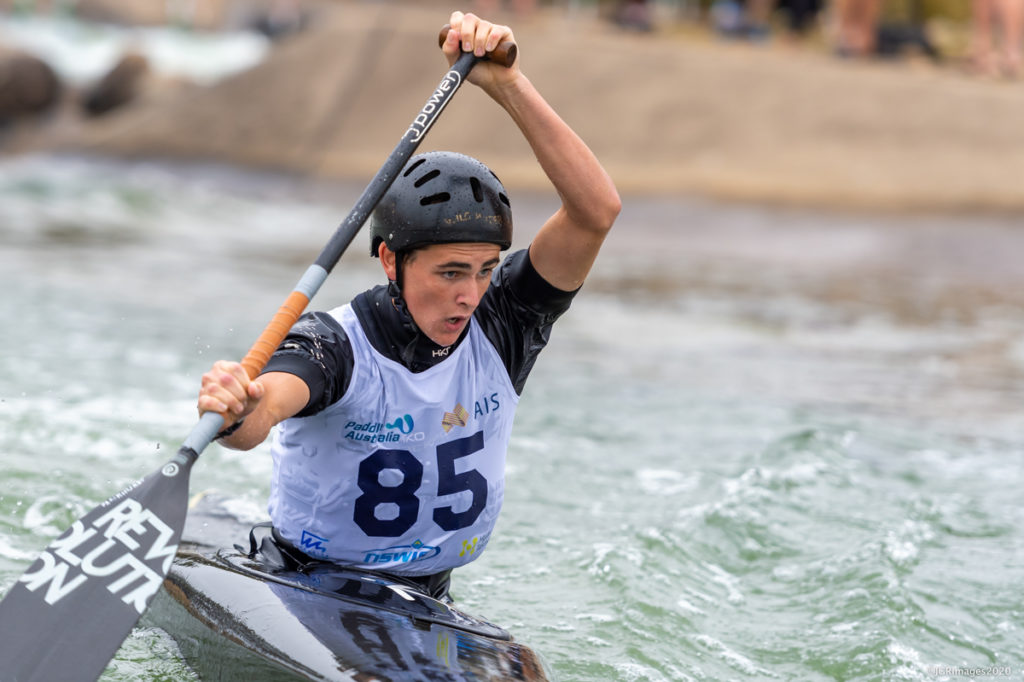 “We had our nationals in December and I had to make percentage which is the time off the fastest paddler and make top three junior boats and I’m currently sitting in second so I have to make the top three boats again this weekend to secure a spot,” Pankhurst added about the upcoming junior team selection racing as part of the Sydney International Whitewater Festival.

Over 300 paddlers from 23 countries will be contesting the Sydney International Whitewater Festival, including multiple world champions, world and Olympic medallists, making it an exciting event to be part of for Australia’s aspiring Olympic paddlers.

“It’s really exciting to be able to paddle with the world’s best athletes and watch them do the same course you did, so you can learn off them and one day I hope to be aiming for the Olympics as well,” the 16-year old from Ascot Kayak Club added.

“I’m super excited for the racing ahead and it’s exciting to have everyone here. It is a bit intimidating as well, you don’t want to embarrass yourself but it will be very exciting to see everyone paddle and showing all their different skills,” Miranda Pulkkinen said.

The 15-year old from Penrith is thrilled to be on her first NDS team and hopes to make the Junior team next year.

“I’m very grateful to have been accepted into the NDS. It’s such a big opportunity and I’m really excited because I will learn so much from the NDS and just being around all the other NDS kids is great. Junior team will be more for next year, but every race counts and is leading up to it and it’s all just practice really. This weekend can count towards Junior team selection but I’m not too focussed on that at the moment. This year was to make NDS which I’m quite happy with and next year will hopefully be going towards Junior team,” the 15-year old said. 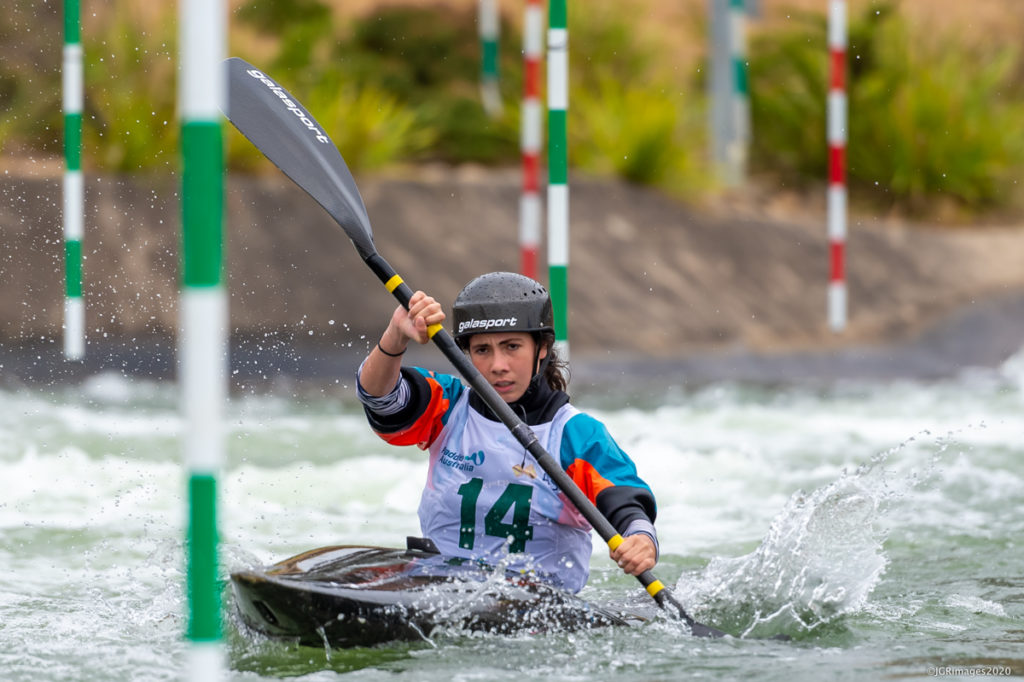 This year’s team includes a strong contingent of six up and coming women’s canoe slalom paddlers with three additional paddlers having the chance to qualify at this weekend’s Whitewater Festival at Penrith Whitewater Stadium (21-23 February 2020).

“There weren’t that many girls last year but it’s great to see so many new girls getting into the sport and getting into the NDS, so now it’s more balanced with the boys and the girls,” Miranda said about the increased numbers.

A Penrith local and with Penrith Whitewater Stadium her home course, Miranda draws her inspiration from the likes of Jessica and Noemie Fox, who are from her club.

“Jess and Noemie are such a big inspiration and role models for us. Just seeing them paddle is so inspiring and you get so much out of it, which is really good,” Miranda explained.

Racing at the 2020 Sydney International Whitewater Stadium starts on Friday, 21 February with the heats.