The 2020 Oceania Canoe Sprint Association Championships and Paddle Australia Canoe Sprint Grand Prix 2 will decide the remaining Olympic quota spots in the women’s kayaking as well as the women’s and men’s canoeing events with the main quota deciding racing scheduled for Friday and Saturday.

It is the first time that women’s canoeing events have been included in the Olympic Games program and South Australian Sports Institute’s Bernadette Wallace and Josephine Bulmer will be vying for the spot.

“The aim is to get Australia a quota spot for the Olympics in the first instance and the next step will then be to get our names on the tickets,” canoeist Bernadette Wallace explained.

Wallace is racing the women’s C2 together with South Australian Josephine Bulmer and the pair has been preparing for this moment since Wallace switched to canoeing at the end of 2018. She since had a steep learning curve in the class that will premier at the Tokyo 2020 Olympic Games.

“Last season was quite rushed, particularly for myself as we’ve only been a crew for just over a year now. We stripped it back to basics again after last season and will have to secure the quota, plus meet performance standards. We have been hitting the mark a lot more consistently now and I’m super lucky to have Josie being patient with me and steering me down the course,” Wallace said about her partnership with Bulmer.

Bulmer and Wallace will be lining up in the women’s C2 500 at 11:30 a.m. on Friday and will be racing Samoa and New Zealand and three other Australian entries for the quota spot. 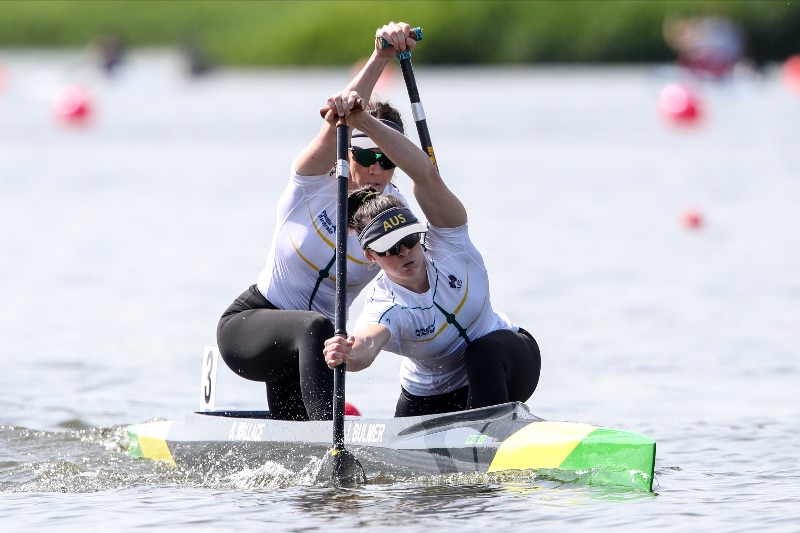 “Rio Olympian Anne Cairns from Samoa is here and she’ll also been doing the C2 here together with her sister Bridget. They are awesome paddlers and great at outrigging, vaa events and their skilled and strong paddlers,” Wallace said about the Oceania competition.

“It’s super exciting to see the other Oceania women’s canoe paddlers. We’ve met them a couple days ago and we’ve seen them out on the water and it’s great to see our neighbouring nations out there with us,” Josephine Bulmer said about the competition from Oceania.

“There are always nerves and this is important to us all but there is a lot of excitement too. And I’m excited to see what Bernie and I can do and how fast we can make this boat go. We’ve had a lot of changes over the past few months and it’s been cool seeing Bernie working so hard. I idolised her when I was a Junior and it’s cool to be working with her and draw inspiration from her as well,” Bulmer said about her Olympic campaign together with Wallace. 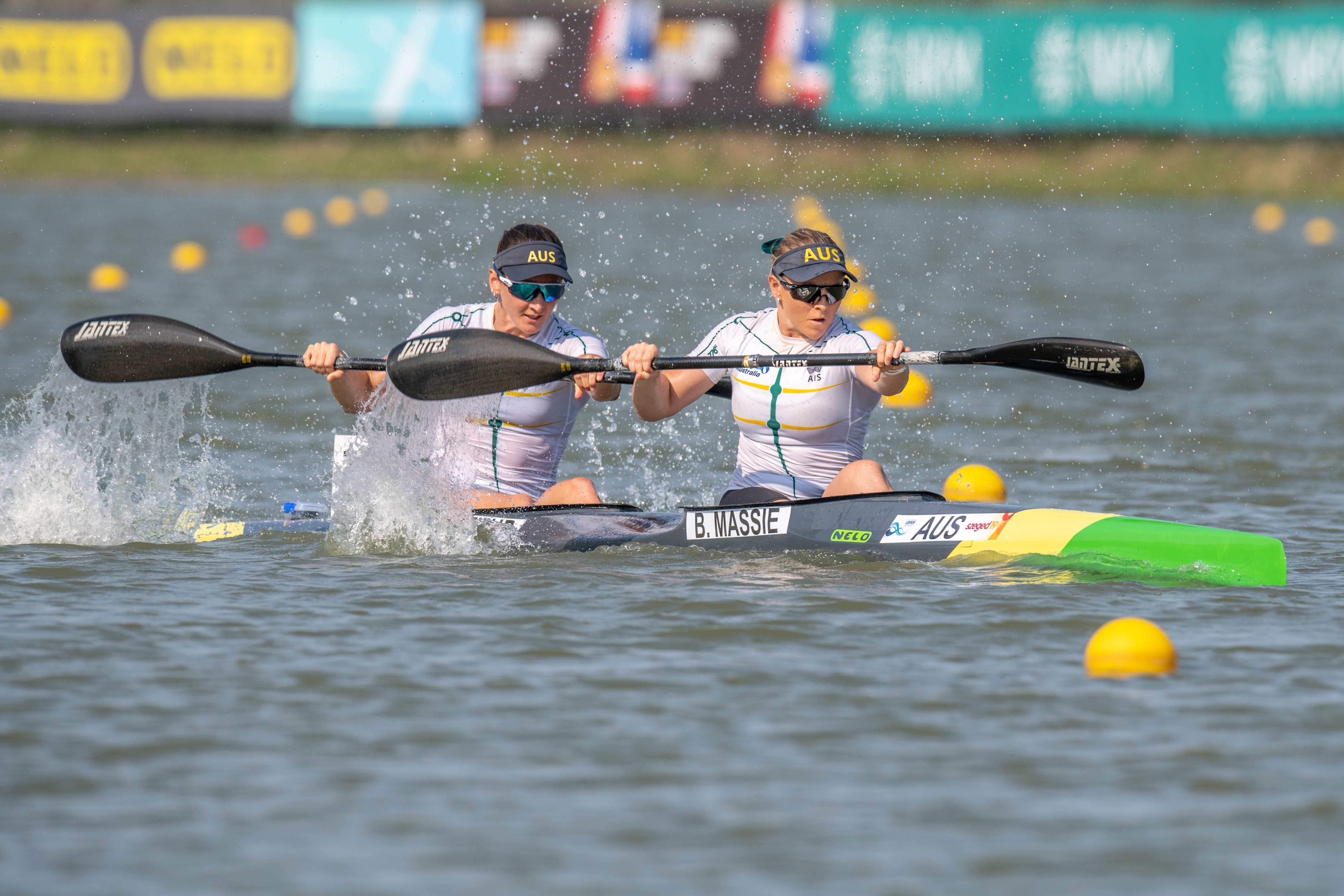 “Going into this weekend’s racing is sort of a two-step process. The first one is to just solely focus on securing as many more spots as we can for Australia. And then the second step is to re-focus on the selection process for the Olympic team,” McArthur explained the double challenge of securing the additional Olympic quota spots as well as setting a mark for selections.

“Training has been going well, everyone is working really hard in our daily training environment. Bri and I have been seeing good progress in our K2, and we’re both very excited to get out there first thing Friday morning,” McArthur said about her preparation with Massie, who she also raced the 2019 ICF Canoe Sprint World Championships with.

“Racing this weekend, we have more than just Oceania countries lining up, so the competition will be great. It’s an odd feeling racing against so many other countries at this time of year, usually that’s saved until the international season mid-year. But a great opportunity to test ourselves in such an important year.” 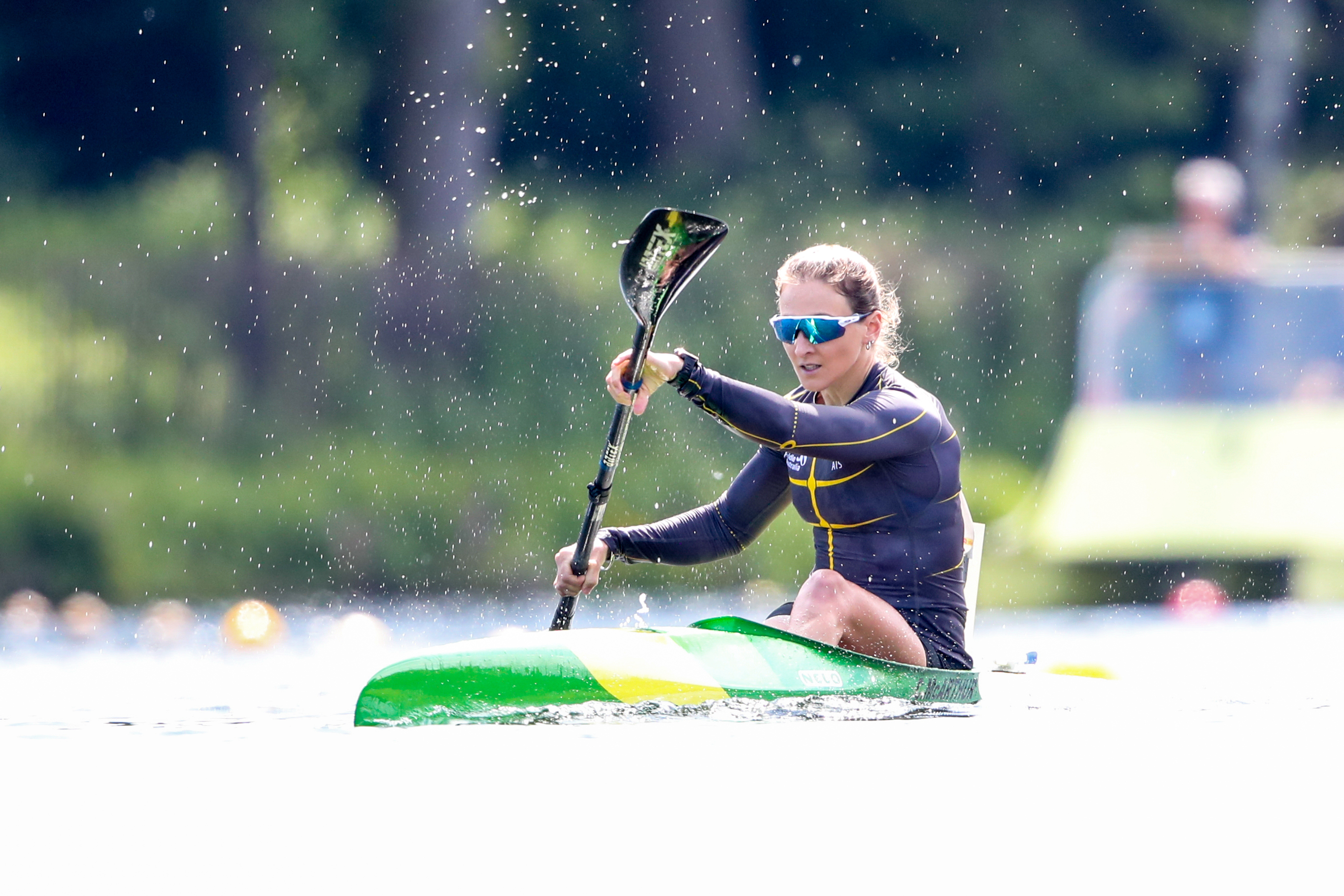 With Australia already having secured the maximum quota spots in the men’s kayaking events, the main focus for Australia’s paddlers will be the additional women’s canoe and women’s kayaking quota spots. In addition, the men’s C1 1000 quota will be up for grabs with all other Oceania countries also aiming to secure a quota in the men’s K1 200, 1000 as well as K2 1000.

In the mix for the men’s K1 200 spot is Tonga’s dual Olympian Pita Taufatofua, who already made several headlines in his sporting career, after representing Tonga in taekwondo at the 2016 Olympic Games in Rio and in cross-country skiing at the PyeonChang Winter Olympics in 2018.

At Sydney International Regatta Centre Taufatofua is now aiming to write sporting history by securing Tonga the first ever Olympic kayaking spot and compete in three different sports at three consecutive Games in the process.

“If and when I qualify Tonga for the Olympic Games, it will be the third sport I will have represented Tonga in at consecutive Olympic Games and that means a lot to me,” Taufatofua said.

“First and foremost, it gives Tonga another opportunity to be represented in a new sport as we’ve never done kayaking before. We are only just establishing a federation and now the kids will have more opportunities, they will see us go out there and will see that they can try it as well and that’s the biggest thing for me. Obviously, there is the three-sport thing, but most importantly it’s about getting the Tonga flag up there and to give our youth some opportunities. I love the sport and I’m sure that all the kids from Tonga would love kayaking as well,” Taufatofua added about his ambition to inspire the next generation of paddlers in his home country.

The 2020 Oceania Canoe Sprint Association Championships and Paddle Australia Canoe Sprint GP2 kick off a hot month of paddling on Sydney’s 2000 Olympic canoeing courses with Olympic and Paralympic team selections set to be decided in Penrith over the next couple of weeks at Sydney International Regatta Centre (SIRC, canoe sprint) as well as at the Penrith Whitewater Course (canoe slalom)

The 2020 Oceania Canoe Sprint Championships will be followed by the 2020 Sydney International Whitewater Festival – Canoe Slalom Australian Open next weekend (21-23 February), which will be the final canoe slalom national team selection event for the men’s K1 and C1 Olympic, as well as the 2020 World Cup, U23 and Junior World Championship teams.

The 2020 Paddle Australian Canoe Sprint Championships in March (11-15 March 2020) will be the final canoe sprint selection event for Olympic U23 and Junior canoe sprint teams.

Athletes will be nominated to the Australian Olympic Committee for selection with team expected to be announced the week after the canoe slalom Australian open and canoe sprint championships respectively.

Interview, filming and photo opportunities as well as VNRs/video footage will be available from GP2 (sprint) as well as Sydney International Whitewater Festival (slalom) on request.