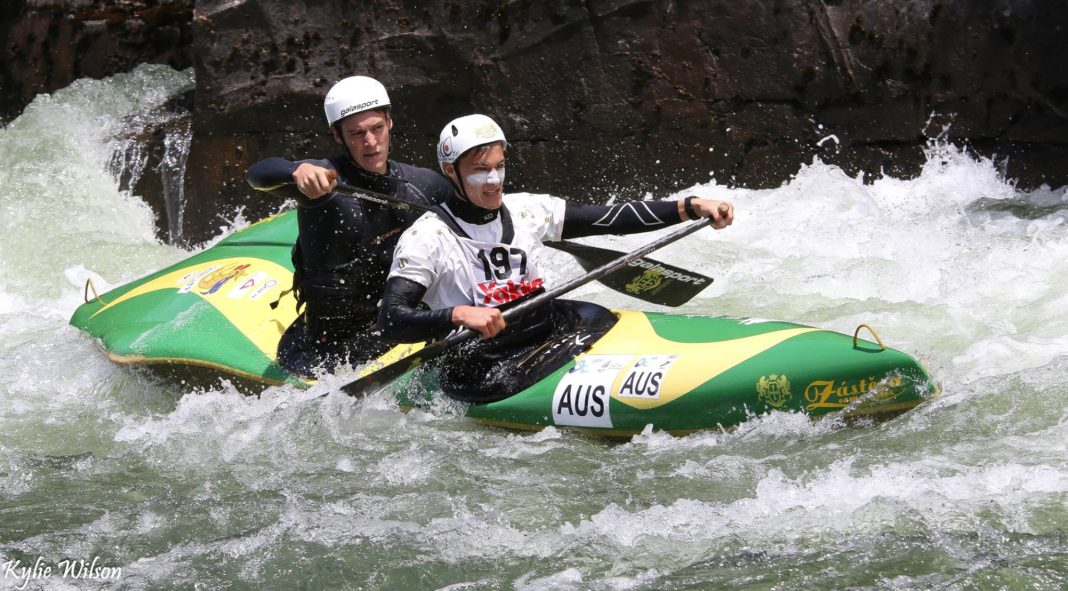 The Classic course provided challenges through the rapids and saw some very good times.  Dan Hall made it his 8th National Classic title, winning the Men’s K1 by 5 seconds from Matt Dalziel in second and Alex McIntyre in third. The juniors were well represented and Ryan Hughes won with Josh Lee in second and Tom Elms in third. The under 16’s was won by George Pankhurst, with Tom Ladson second and Caleb Flowers third.

It was pleasing to see multiple competitors making the required tougher percentages for senior team in the classic, including many of the juniors.

The sprint races were very tightly contested and thanks to Russell Basset who set up an electronic beam timing system this made for accurate timing down to the one hundredth of a second which was needed.

In the first run Alex McIntyre led Dan Hall by 0.04 of a second in a time of 65.03 with Kaylen Bassett only 0.22 seconds further back.  The second run saw Dan produce a great run of 64.63 seconds to take his sixth National Sprint Championship with Alex taking second and Kaylen third all within 0.62 of a second of each other.

In other sprint results Dita Pahl took the woman’s K1 title with Maddison Wilson in second.  Ashleigh Iliot was winner of the Junior Female K1 from Ruby Elms.

The men’s U18 was won by Tom Elms, from Josh Lee and third was Ben Stremecki. In U16 George Pankhurst set a solid run to win, second was Tom Ladson and third Caleb Flowers.

Again it was pleasing to see multiple competitors making the required tougher percentages for the senior team in the sprint, including many of our talented juniors.

Following the successful completion of the 2020 PA Wildwater Canoeing Championships, River Racing Australia the event organiser held a 9.5 Kilometre downriver race from the Witches Garden below the bigger whitewater down to the Mitta Mitta hotel.  This was a well sponsored event with $2,400 in prize money for the various classes and lots of spot prizes.  This attracted some 60 competitors that saw some of Australia’s best athletes from Wildwater, Marathon, Sprint and Ocean Racing competing for the coveted positions.

The men’s 40+ was won by Dan Hall with Matt Dalziel second and Tim Flowers third all from Wildwater.

The open woman’s was won by Georgia Sinclair (Ocean Racing and Sprint) from Rachel de Krester (marathon) and Emma Flowers  (marathon) in third.

The woman’s 40+ was won by Dita Pahl (Wildwater) from Angela Farrell and Marion Blake.

The junior men was won by Josh Lee (Wildwater and marathon) from Charlie Wardrop (marathon) and James Humphry (Wildwater) in third.

The junior female was won by Ruby Elms (Wildwater) from Baelea Collins and Ashlee Ilott both of Wildwater and Sprint.

It was fantastic to see so many athletes from the different disciplines competing against each other which is rare to see given their specialties however everyone enjoyed themselves and the concept, so it is hoped that this will appear on the annual paddling calendar and grow into bigger and better things.

For a full list of all results can be found HERE.